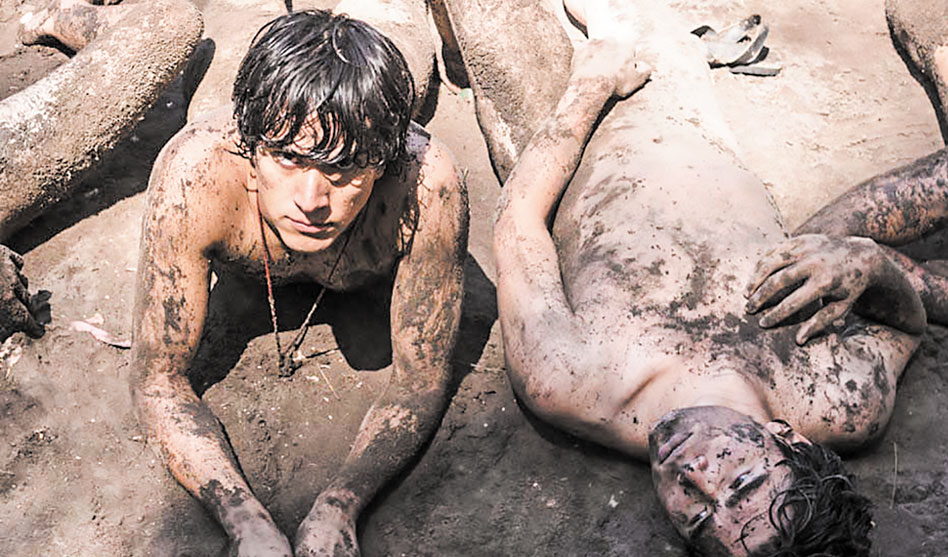 Anyone who has ever seen Oz knows that prison (at least cinemaprisons) can be a scary, violent, yet erotic location. If we’re being honest, somehow, that combination actually makes the taboos more exciting. For Jaime (Juan Carlos Maldonado), all those things are true. He’s 20 and pretty and newly-sentenced to a high-security prison in Chile, circa 1970. His first day in lockup is no picnic, but he’s guided through the process by The Stallion, an older inmate who shows him the ropes … but at a price. Jamie is expected to be his punk, to the frustration of The Stallion’s current boy-toy, who quickly gets exiled. Jaime gets clothes and sleeping privileges and protection and a nickname (The Prince) … and nightly sexual assaults. 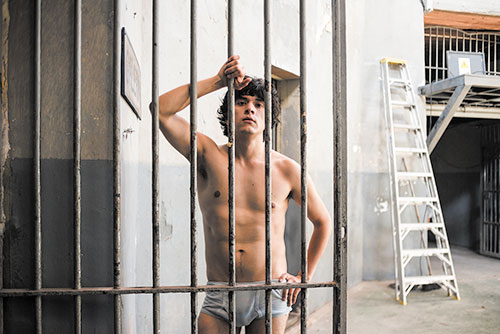 It’s not like such exploitation is new to him. Even before he landed in jail, Jamie used sex to get what he wanted — clothes from older women or the attentions of hot guys, including one called The Gypsy, whom Jamie mysteriously murdered (it’s why he got sentenced to prison).

South American gay prison dramas have a minor history, and The Prince shares some common ground with Kiss of the Spider Woman, beyond the setting, the era and sexual encounters, including how Jaime entertains his cellmate with stories and the specter of betrayal. And the cruelty and corruption of the prison guards feel especially poignant at this point in history.

The director, Sebastian Munoz del Rio, cribs concepts and themes from the works of Jean Genet (who was previously explored by the experimental gay filmmaker Rainer Werner Fassbinder), and he’s about as daring in his unflinching frankness. But if the film lacks visual nuance, it does have a sense for character. Jaime is a selfish narcissist in the flashbacks to his pre-prison life. We’ve all met guys like him before. We like to think they’ll learn. Few learn so definitely the hard way.

Available on disc and streaming Tuesday.