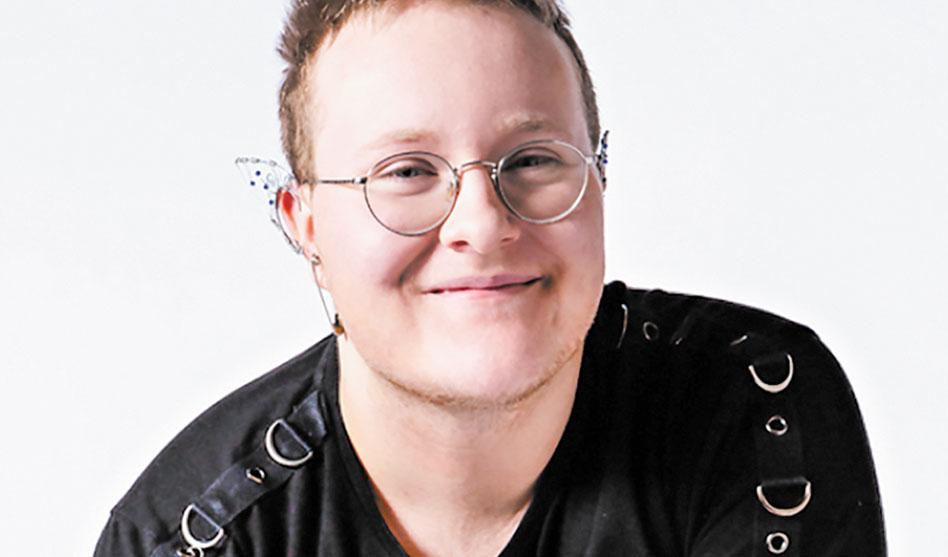 If Zander Pryor were to pick a favorite aspect of theater, he would say writing. Over his acting and stage managing and most other theatrical duties, the power of the written word beckons him. And that is a good thing for the 19 year-old because his play — Parent, Legal Guardian, Angel, Other — will have its first staged reading at Undermain Theatre this weekend.

The Booker T. Washington graduate will head home to Dallas during spring break from his first year at Sarah Lawrence College in Yonkers, N.Y. But this journey to Undermain’s continuing Whither Goest Thou America: Festival of New American Play Readings started in ninth grade — which was just about five years ago.

“I wrote my first draft then. I was in a rough place,” Pryor said. “I was going to a not-trans-friendly school. I was miserable. The one thing getting me through was theater.” 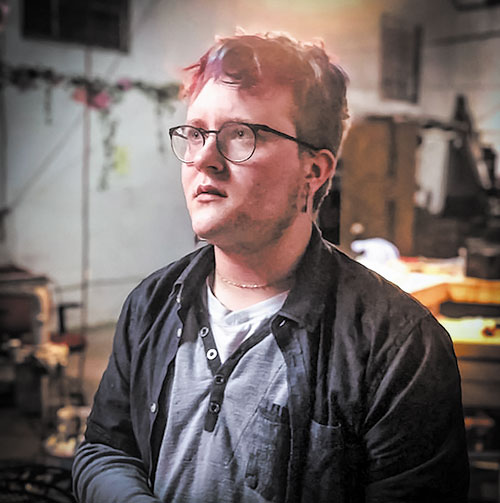 Although he wrote the play during a time when he was struggling, he doesn’t describe it as autobiographical.

“I think it’s about family and the forms that it comes in, particularly unconventional forms that arise with queer people,” Pryor explained.

Because of his love of theater and his ability to thrive in it, Pryor does see it as a safe space. And the year he began writing the play was a significant one to his local burgeoning theater career.

“I got, like, three professional roles that year,” he recalled. “They were usually these trans-masculine roles, but I would sometimes get uncomfortable because they were often written by a cis person. Plus, I was always the only trans person in the room.”

Picture it: A young teen likely fielding all the trans questions coming from the adults surrounding him. The lines can get blurred really fast about what is and what isn’t appropriate to ask. Pryor said he doesn’t mind explaining trans identity but at the same, it was a heavy burden to take on.

“I’m quite talkative, sure, but it was also a lot at times,” he said.

In those roles, Pryor discovered that cis people often write trans characters wrong, even when they intend to write those characters respectfully. Many characteristics cis writers attribute to trans characters are just simply false or nonexistent.

For Pryor, certain nuances or words would pop up in those roles that weren’t trans vocabulary.

So, to remedy that and channel the stress from school, he began to do something about it.

“I took a playwriting class and started pouring all my frustrations into this. I found this outlet for how I was feeling about so many things,” Pryor said.

He cranked out about 70 pages immediately. Of course, it’s transformed since those early days. But Pryor said it was the play he needed to write.

“I wouldn’t say the play is about that in any sense. It was a genuine story that I wanted to tell,” he said.

While he didn’t have any say over casting, a stipulation he had was that trans actors would be cast for trans roles. If Undermain had balked at that, Pryor said he wouldn’t have moved forward. Clearly, the theater did not balk.

“They respected my wishes, and it’s so amazing. I don’t know the cast, but I do know there are trans and queer actors, and the director identifies as nonbinary,” he said. “Theaters are getting more accommodating to trans existence. That awareness has just skyrocketed.”

He is not even 20 yet, and already Pryor is making advances for trans actors in the theater.

“Honestly, it’s so disarming. I’m so used to being the one trans person in the room. Now, I can just focus on the play and not worry about a trans teaching moment.”

Parent, Legal Guardian, Angel, Other will have its reading Saturday and Sunday at the festival followed by streaming options. For more information or to purchase tickets, visit Undermain.org/WGTAFestival2022-1