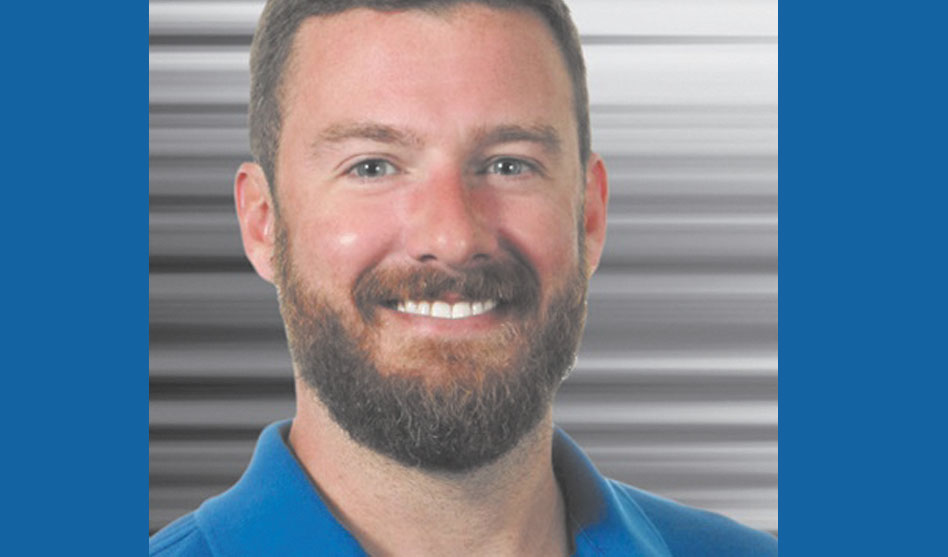 Celebrate Pride with 2 nights of music, drag and comedy at The Coliseum in Fair Park

Even as the numbers of people vaccinated against SARS CoV-2 are going up, and the number of COVID-19 cases are coming down, organizers for Dallas Pride felt it was too soon to return to a full-blown in-person Pride celebration this month. Encouraging thousands of North Texans to pack themselves into Fair Park for a music festival or a parade, no matter how much fun that sounded like, would not be the responsible thing to do, organizers believed.

At the same time, they knew that the community wanted — needed — more than just another virtual event. As the world was slowly returning to some semblance of pre-COVID normality, so should Pride.

And so was born The Dallas Pride Miller Lite Showcase, presented by Smirnoff. It is two full nights of entertainment, including musical acts, drag and comedy, happening tonight and tomorrow night — Friday and Saturday, June 4-5 — in the Coliseum at Fair Park.

“Dallas Pride is planned months in advance. When those decisions [on what kind of celebration to have in 2021] were made, a smaller, scaled-down celebration made much more sense. Then we went to two nights instead of one to allow for even more people to join us,” explained Jaron Turnbow, Dallas Pride’s executive director.

“While there is no parade or festival this year, we are glad to be able to do something in person to feature excellent North Texas talent,” he added. “You won’t want to miss these shows!”

The shows were originally slated to be held in The Bandshell at Fair Park but were moved earlier this week due to weather forecasts predicting inclement weather. “We’ve been closely monitoring the forecast, and there is a chance of rain,” Turnbow said. “We didn’t want to take the chance of our attendees and performers getting wet, so we’ve moved the event to the Coliseum.” 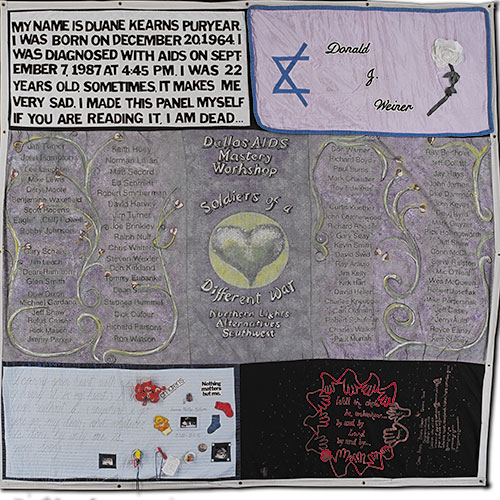 “We’re looking forward to these events and the great entertainment we have planned,” Turnbow said. “We are extremely grateful to our sponsors, supporters and volunteers who have helped make this happen.

“As you know, Dallas Pride is a non-profit organization dedicated to supporting and celebrating our LGBTQ community, and after everything our community has gone through with the pandemic and weather, winter storms, etc., it’s time to share an evening together and celebrate who we are,” he added.

Doors open each night at 7 p.m., and the shows begin at 8 p.m. Remember that all health and safety rules mandated by Fair Park remain in effect, including wearing masks and maintaining social distancing.

And if you still aren’t ready to attend an in-person performance, sign on at 7:30 p.m. to watch the shows stream live at DallasPride.org.

Pride, of course, doesn’t end on Saturday night. There are many, MANY more ways to show your true colors and celebrate our community, throughout the month of June and beyond. Go to Page 88 in this issue of Dallas Voice to check out the Pride Agenda, a special calendar in this week to find details Pride events throughout June and the rest of 2021. But keep reading right here for more notable events and efforts honoring and celebrating LGBTQ Pride. 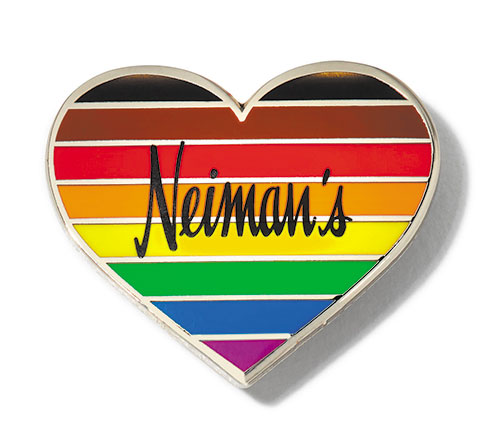 Neiman Marcus Group, headquartered right here in Dallas is stepping up its efforts to honor its LGBTQ employees and the community this Pride month, according to John Walls, director of corporate communications. NMG is participating in the Human Rights Campaign’s Corporate Equality Index for the first time and using the national benchmarking tool on LGBTQ equality to improve its policies and benefits pertinent to its LGBTQ workers, he said.

That includes updating the company’s Code of Ethics’ nondiscrimination policy to include protections for gender identity and expression, ensuring equivalency in medical and soft benefits for same and opposite-sex spouses and domestic partners, including an insurance plan that explicitly affirms equal health coverage for transgender individuals, adopting gender transition guidelines with supportive restroom, dress code and documentation guidance for the workplace, creating a new LinkedIn Learning pathway to help associates increase their understanding of sexual orientation and gender identity in the workplace and access resources, and partnering with Reaching Out MBA to strengthen the company’s efforts for LGBTQ workers, especially in the executive development program.

NMG is also shoring up its philanthropic support and outreach by making donations to HRC, The Trevor Project and True Colors United.

Walls said that nearly all 37 Neiman Marcus stores and both Bergdorf Goodman stores will display Pride support windows, in-store visuals and curated product displays. the stores are fundraising for the Human Rights Campaign through point-of-sale asks and the sale of 1,000 limited-edition “More Colors, More Pride” lapel pins online and in 10 select stores, including the one in NorthPark Mall in Dallas. The “More Colors, More Pride” pins incorporate brown and black colors into the traditional Pride flag to “recognize the importance of intersectional identities [and] including LGBTQ people of color.

Geoffroy van Raemdonck, NMG’s first openly LGBTQ CEO and director, will also be taking as many opportunities as he can, Walls said, to “speak about his journey towards unlocking his full and authentic self as an LGBTQ+ leader,” including hosting a virtual event with Andrew Gelwicks, author of The Queer Advantage on Wednesday, June 9 at 3 p.m. 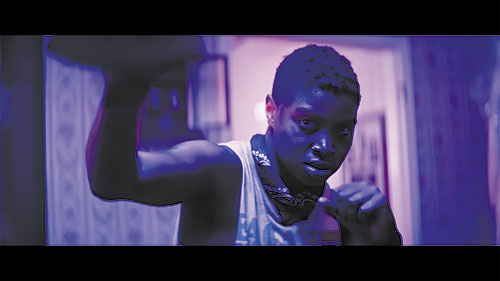 Pride Returns to the Dallas Arts District this year, as the Arts District partners with The Crow Museum of Asian Art of The University of Texas at Dallas, Dallas Museum of Art, The Nasher Sculpture Center and the AT&T Performing Arts for a super weekend celebration.

The party kicks off virtually on Friday, June 18, when Terry Loftis serves as MC for a night of music and performances featuring Miss Dallas Southern Pride Porsche Paris, Dezi 5 and the Dancing Doll of Dallas herself, Miss Southern Pride Kennedy Davenport.

The Crow Museum of Asian Art and the UT at Dallas School of Arts, Technology and Emerging Communications present an installation featuring three sections from the AIDS Memorial Quilt in the museum’s Gallery III, 2010 Flora St. Two of the sections will include panels memorializing those in the Asian communities who have died of HIV/AIDS, and a third including a panel memorializing Dallas activist Duane Kearns Puryear. Admission is free, and the quilt sections will be on display through June 30.

Dallas Museum of Art hosts a screening of the short horror film Innocent Boy, about a trans boy in Texas “caught between a cowboy’s lustful rage, greed and corruption.” The screening features an extended cut and behind-the-scenes interviews, plus a Q&A after the screening with director and writer Brock Cravy and cinematographer Karissa Leicht.

The screening takes place Sunday, June 20, from 3-4 p.m. at DMA’s Horchow Auditorium. Admission is free but reservations are required.

Nasher Sculpture Center’s App Tour for the most of June will feature artists on view whose LGBTQ identity has influenced their work, and friends of the Nasher in the LGBTQ community will share insights on works on view.
For more information, visit Dallas ArtsDistrict.org. 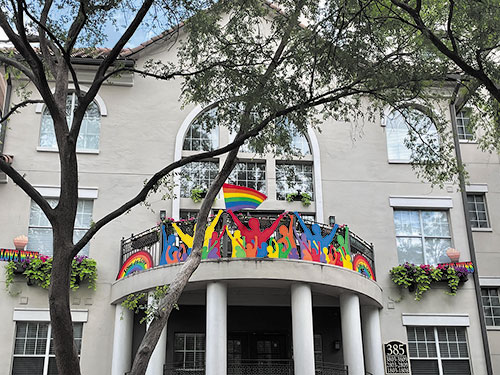 Irving resident Harley Gonzalez is known for going all out in decorating the balcony of penthouse, at Alesio Urban Center, 387 W. Fork, for each every holiday. And this year, Pride Month is no exception.

Harley invites visitors to drive by any time between 11 a.m. and 10 p.m. between now and June 29 to take a look at

“Stand Together With Confidence,” his display inspired by the Black Lives Matter/LGBTQ Pride protests that took place in Dallas in 2020. The display is presented by Unfilteredyou Foundation.

“It was important for me that my design team create a display that would represent the fight for equal rights, and everything the LGBTQ community and the Black community have faced over the years,” Harley said. “What better way to bring awareness to equality than to feature a display that showcases a march towards freedom and raising our voices.”