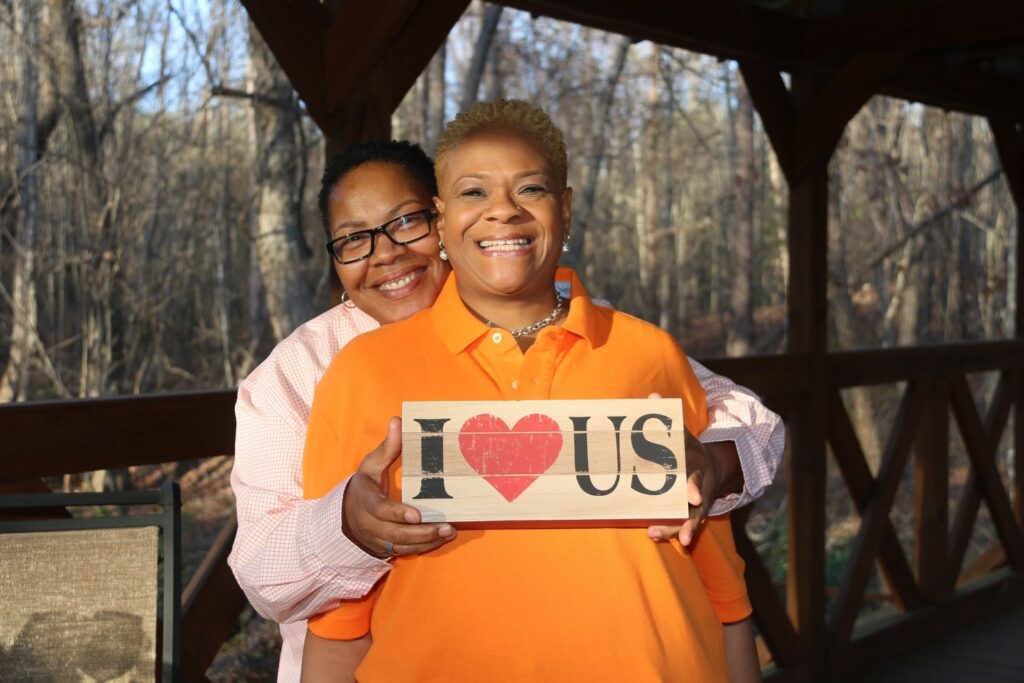 You can have movie night at home and a whole independent film festival at the same time.

Last Thursday, Pride Film Fest announced its first schedule of LGBTQ-themed films since its separation from PrideArts where it began in 2012 as the in-person Queer Bits Film Fest. Although based in Chicago, Pride Film Fest promises year-round LGBTQ film programming for streaming including shorts to features and everything in between expressing the variety and complexity of queer life across the globe.

The fall schedule will include six separate programs streaming for 12 days each. Themes will explore the experiences of gay men and women, trans, gender queer, nonbinary and asexual identities.

The newly independent Pride Film Fest will launch Oct. 26, with the first of two programs of short LGBTQ-themed films. This first program will include 10 short films and will stream Oct. 26-Nov. 6. The second will feature nine shorts that will stream from Nov. 7 -13. 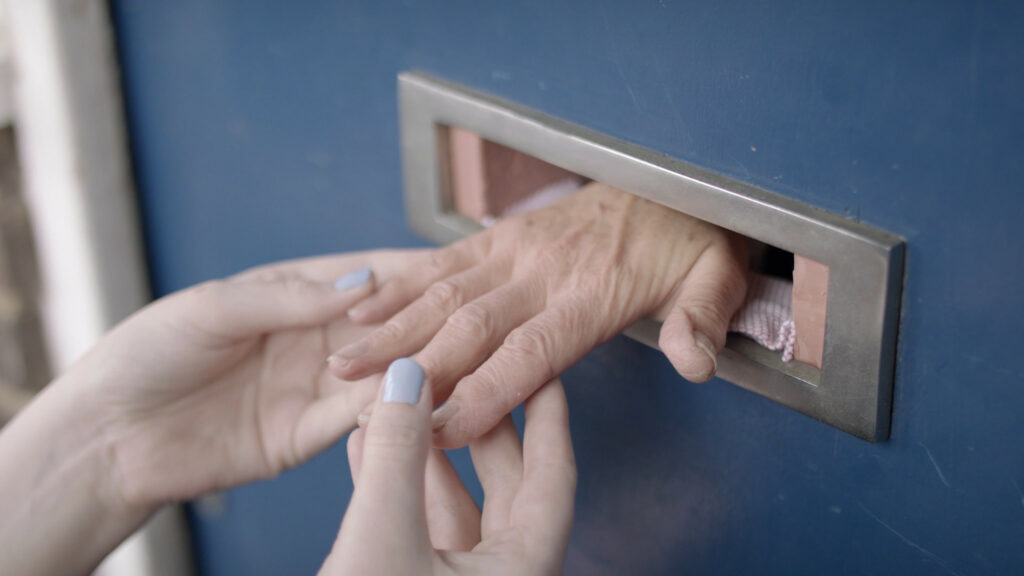 ‘The Nailing of an Older Woman’

Cut Short (USA, 5:33). A young nonbinary person comes to terms with a difficult new reality while giving a haircut to their father.

Embrace (USA, 5:18). Directed by Latesha Merkel, this animated short explores the common asexual experience of feeling different than most people.

I Could Be Your Girlfriend (USA, 6:48). Forced to interact with her ex, Ameillia tries to win Bobbi back from her new boy toy Jules.

Once I Passed (Germany, 10:00). Martin Gerigk explores a Walt Whitman poem about an affair with a man that may have been his first time with a man.

Panah (Iran, 14:49). A middle-aged transgender mom, is rejected from trying to leave Iran for sex reassignment procedures and has to face her true love.

Queer Bodies (USA, 10:30). A queer documentarian explores gender identity and queer bodies through the lives and works of other queer artists.

The Aquarium (Iran, 9:56). Two trans people fall in love with each other and have to hide it in their workplace, and make a date in a hotel.

The Nailing of an Older Woman (UK, 10:12). Maria, who is trans, meets Ingrid, and begins to question the whereabouts of her transphobic grandmother. 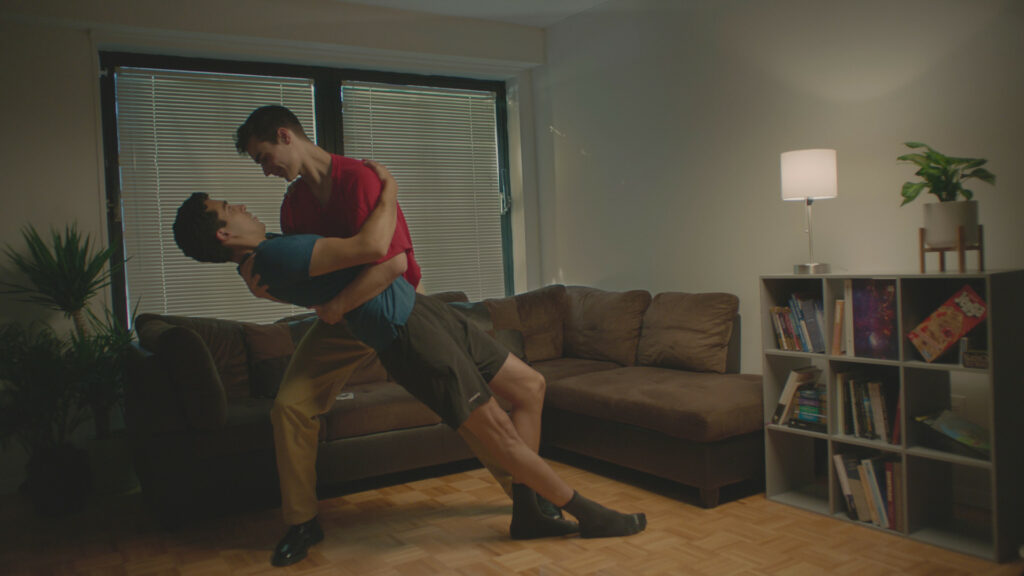 Busia’s Babushkas (USA, 5:56). A personal memoir by filmmaker Dan Pal about a grandmother’s babushkas and a boy’s obsession with long hair.

Clover (USA, 12:03). Written and directed by Jonathan D’Rozario. Jon has something he needs to say to Sam. He just isn’t quite sure what that is yet.

Dash (Ireland, 14:56). A small-town stable man struggles with his femininity amidst a rugged rural landscape. Will he continue to live like this?

Frida (Germany, 22:00). An encounter between a nurse and her patient, Frida, hangs on the border of professional distance and the desire for closeness.

Keep/Delete (USA, 19:00). In a future world, two lovers decide to undergo a procedure and have their entire relationship wiped from their brains.

Kiss Me (Mexico, 10:00). A mischievous teen explores an empty beach house unaware of the video cameras watching his every move.

To All that We Are (Canada, 5:00). Kristian Cahatol’s love story explores the budding relationship between two queer 20-somethings.

Washing Off Makeup (USA, 17:00). A timid high school student finds a classmate trying on a dress and find strength and validation within each other.

Call Me Miles (Republic of South Africa, 51:27). A story about a transgenderAfrikaans child fighting to find their place in the world by Wynand Dreyer.

Prognosis: Notes on Living (USA, 1:21:00). Oscar winner and LGBTQ+ activist Debra Chasnoff responds to a deadly disease by turning the camera on herself, her wife and their chosen family. 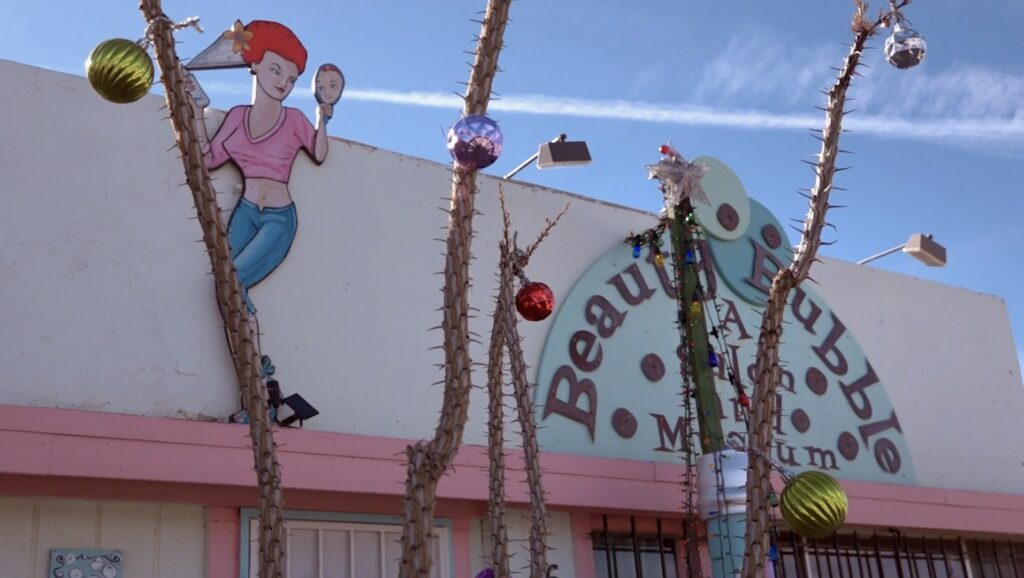 ‘Inside the Beauty Bubble’

Become the Wounded (Canada, 35:00).  A couple tries to mend old wounds but realize it’s not about fixing things – it’s about true empathy.

Thanks to Her (USA, 1:20:21) Initially, two high school girls butt heads during their community service, but the tension quickly blossoms into friendship as they learn more about each other.