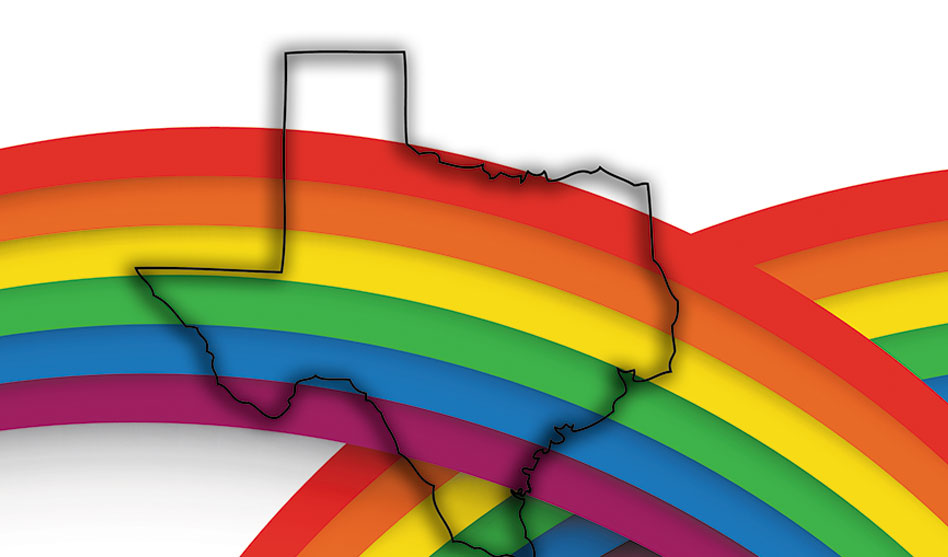 It’s Pride Month once again, but this year, instead of festivals and parades, we are learning to celebrate in the age of COVID-19. Some celebrations have been postponed; some are going virtual. And some, sadly enough, have been cancelled altogether for this year.

Here’s a list of the latest news on Pride events around Texas, so that you can plan to celebrate safely.

• Dallas Pride
In 2019, Dallas Miller Lite Music Festival and the Alan Ross Texas Freedom Parade were moved from the traditional September date to the first week in June, and from the Cedar Springs/Oak Lawn gayborhood to Fair Park.

This year, because of the COVID-19 epidemic, both the festival and parade were initially delayed until July 25-26 at Fair Park, the last weekend available before the State Fair of Texas begins setting up in Fair Park. But as the COVID-19 infections continued to mount and the epidemic claimed an increasing number of lives, organizers decided to take the party to cyberspace with a virtual Dallas Pride. Virtual Dallas Pride will take place on July 26, and details are still being hammered out.
DallasPride.org

• Dallas Southern Pride
Dallas Southern Pride, one of the largest annual Black Pride celebrations in the country, is usually held from the end of September into the first of October, and includes the Ball/House and Pageant Communities Conference, the Miss Dallas Southern Pride Pageant, Dallas’ signature Black Gay Pride circuit party, workshops, a picnic and more. The organization also sponsors as Juneteenth Celebration each June.
This year, however, both the Juneteenth and Black Pride events have been cancelled due to concerns over COVID-19.
DallasSouthernPride.com

• North Texas Pride
Usually held in mid-June North Texas Pride this year had been rescheduled to take place in September. The event has now been cancelled for 2020 and will return next year, June 12, 2021.

The festival is the once-a-year fundraiser supporting the vision of a permanent location to be used by various organizations for events, meetings, education and a central resource center for communities north of I-635.
NorthTexasPride.com

• Tarrant County Pride
The Tarrant County Pride festivities have taken place every fall, at the first of October, for more than 35 years, beginning with a picnic, then growing to include a parade and eventually a festival. So far, organizers have announced no changes, delays or cancellations.
TCGPWA.org

The festival takes place from 11 a.m.-7 p.m. at Fiesta Gardens, 2101 Jesse Segovia St., east of downtown along the Colorado River. The parade begins at 8 p.m. leaving from the state Capitol and proceeding down Congress Ave. and through the Warehouse District.
Both the festival and parade are scheduled to proceed live.
AustinPride.org

• Houston Pride
Usually held on the last weekend in June, the Saturday night closest to Stonewall, this year’s Houston Pride has been canceled.
HoustonPride.org

• San Antonio Pride
San Antonio Pride, scheduled for June 27, has gone virtual. Email your two-minute video to parade@pridesanantonio.org by June 6 to be included. Check the website for details
PrideSanAntonio.org

• Andrews
West Texas Pride is scheduled for June 13, from 4-8 p.m., in Andrews, Texas, about 35 miles north of Odessa. “Spend the day celebrating with fun family-friendly activities for all ages,” according to its Facebook events page.
Facebook.com/events/726959971068380

• Corpus Christi
Pride Corpus Christi was originally planned for the week of May 31-June 7 but was been postponed until October. Dates to be determined.
PrideCorpusChristi.com

• Laredo
Laredo Pride has no information on this year’s Pride celebration on its website.
LaredoPride.com

• McAllen
Pride in the Park will be held virtually highlighting local businesses. Education workshops, drag shows movie nights and more will be held online throughout the month of June.
Facebook.com/PRIDEINTHEPARKRGV

• South Padre Island
Spring Splash originally set scheduled for April has been rescheduled for Aug. 20-23.
Splash is a four-day celebration on the beach of South Padre Island, located on the coastal tip of Texas. The event is filled with special artists and guest performances, concerts, pool parties and the only Pride Beach Parade in Texas.
SplashSouthPadre.com