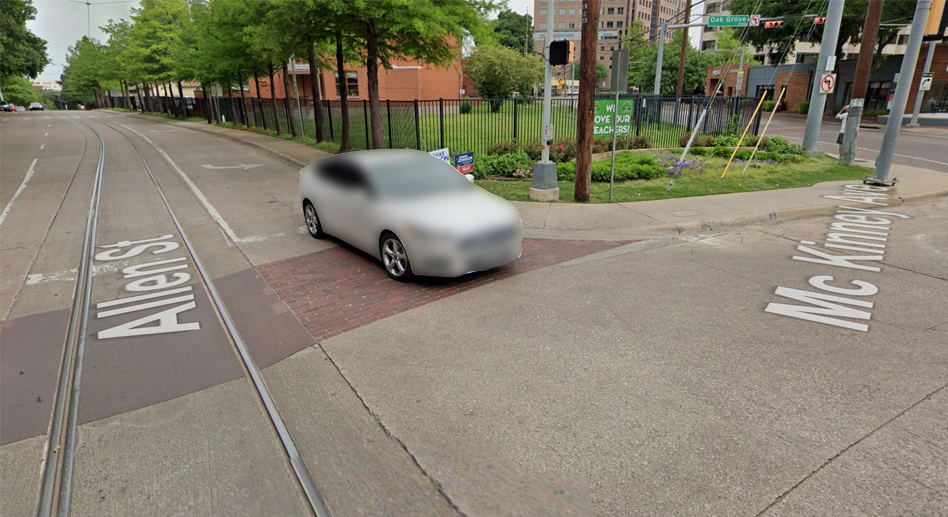 Two people were injured in a shooting early this morning at the intersection of McKinney Avenue and Allen Street in Uptown. This image is a screen cap of the area taken from Google Maps; the car pictured was not involved in the shooting.

Dallas police are investigating reports of a shooting that occurred early this morning (Friday, Jan. 24) in the Uptown area.

According to an email from Officer Tamika Dameron in the DPD’s Public Information Office, offers were called to the intersection of McKinney Avenue and Allen Street around 3:10 a.m. They met there with victims who said they were stopped at a red light when an “unknown suspect(s) in an unknown vehicle opened fire on them.”

Dameron said both victims were injured in the shooting and were taken to a local hospital by Dallas Fire Rescue.

At this time, Dameron said, the suspect or suspects remain at large and “this is an ongoing investigation.”