Phyllis Guest made a difference 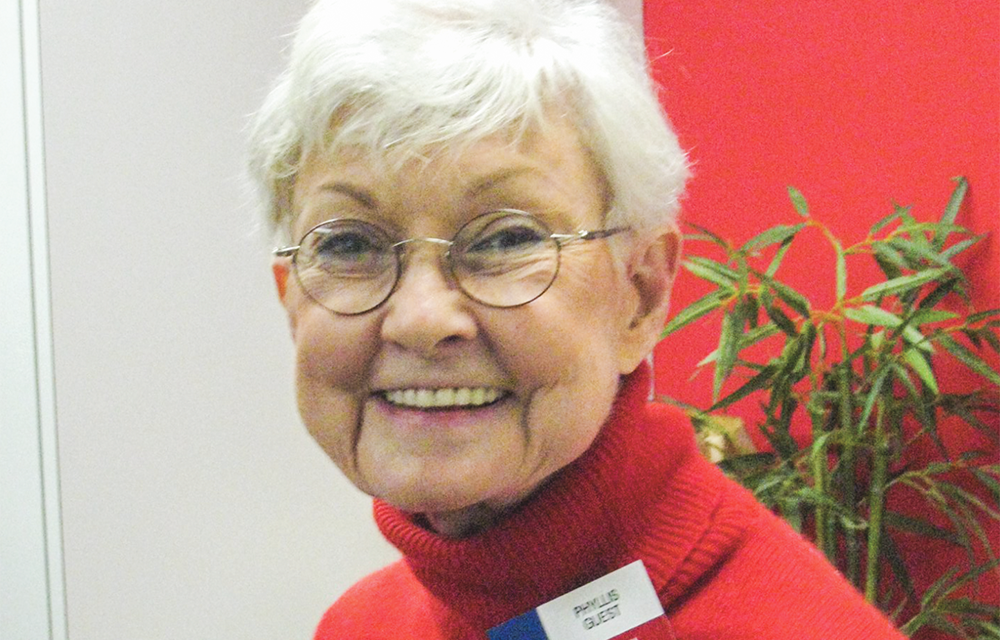 Pamela Curry said when she needed a ride home from the hospital, Phyllis was there for her.

“She was like a great aunt to everyone that walked into a room and welcomed them with a huge Phyllis smile and a big hug,” said Dallas City Councilman Omar Narvaez. “Everyone loved Phyllis.”

Guest passed away Jan. 8 after months of declining health. She was 82. She was a long-time board member and secretary for Stonewall Democrats of Dallas. More recently, she was active in Park Cities Democrats. She also worked for years as a member of Friends of the Oak Lawn Library, raising money for the library and encouraging library usage.

She was an advocate for women’s rights, healthcare, and senior and environmental issues as well as LGBT equality.

In 1969, Guest was living in New York and was at the Stonewall Inn the day the riot broke out that birthed the modern LGBT rights movement. But she left the bar early that evening, before the police raid. She remained in New York another decade before returning home to her native Texas.

Michael Amonett owns Alchemy Salon in Bishop Arts. Guest was his client for more than 20 years and became his friend. When she stopped driving a few years ago, he began going to her house.

“I always loved being with her and talking with her,” Amonett said. “She was up on every current political topic, and we would run out of time talking.”

He said when she was coming to his shop, at the end of every visit he would load her car with old magazines that she’d take to the Oak Lawn Library to sell.

Guest was born in Salado and graduated from high school as her class valedictorian. She earned a bachelor’s degree in Home Economics at Texas Tech, according to her sister, Patsy Wilson.

After graduation, Guest lived in Boston for a short time, where she worked as a demonstrator for a utility company. From there she moved to New York City, where she began editing and writing for a travel company. She also worked for American Airlines and its in-flight magazine American Way, doing interviews and articles.

When the airline moved its headquarters to Fort Worth in the late 1970s, Guest returned to Texas with them.

In Dallas, Guest continued to write and edit, and she earned one master’s degree at Southern Methodist University and another from St. John’s College in Santa Fe.

One thing everyone mentioned about Guest, whether it was the man who cut her hair or people holding elective office. Everyone contacted to share their thoughts about Guest remember that she spent hours and hours registering voters.

State Rep. Jessica Gonzalez said when she joined the board of Stonewall, Guest was glad to see another woman on the board, and she was excited when Gonzalez agreed to take over as board secretary. She said Guest was always volunteering to do voter registration and was one of the people who encouraged her to run for office.

Amonett said he already misses Guest terribly, and, as he ages, he wants to be more like her. “She made a difference,” he said.

Guest is survived by her sister, who lives in Salado, and nephews Tracey Sanford of Fort Worth and Jim Sanford of San Marcos, as well as a number of great-nephews and a niece.

Her sister said she didn’t want a funeral service held in her memory, but would like to get friends together to remember her. Those plans are pending.  █