Phil Johnson: A life of service and creativity 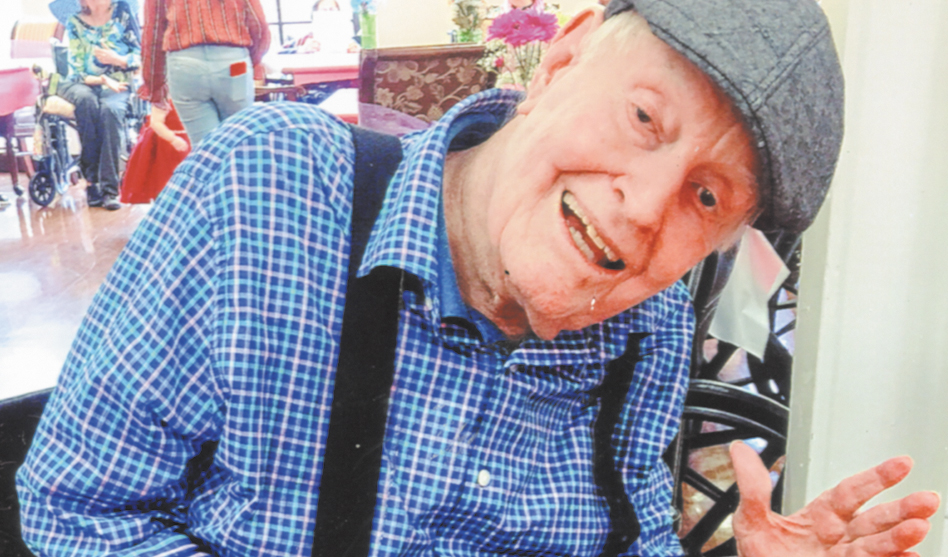 Philip “Phil” Johnson, the man known for decades as the official historian of North Texas LGBTQ community, died Monday, Sept. 23, at Landmark of Plano Retirement Home. He was 94 years old.

Phil Johnson was born May 1, 1925, in Dallas. He was the son of Easter Lily Young Johnson and Francis Xavier Johnson, and he had two younger sisters, Francis Melba Johnson Cook and Mary Ruth Johnson Fields.

To say Phil lived a remarkable life is a huge understatement, a fact that becomes even more apparent to those privileged enough to read through the autobiographical “scrapbook” he compiled over the years. That scrapbook is being donated to the Phil Johnson Historic Archives and Research Library, which is now part of the University of North Texas’ Archives and Special Collections, and will available online when it has been digitized.

Phil’s scrapbook provides an unflinching view of life for a gay child born into a poor family and growing up during the Depression.

“We were poor, God knows, and down-trodden,” he wrote, adding, “But poverty made us strong.”

He also recalled how he and his sisters grew up listening to his grandmother, mother and aunt as they sang, and watching his Aunt Katy dance: “[We] may have come from poverty, but we were introduced to song and dance early. In that respect, we were rich. Wealthy.”

But he didn’t hold back in describing the flaws — in his family and himself. He wrote of his mother’s unhappiness and his father’s emotional coldness. And he described himself as a “very disturbed youth, always difficult to get along with,” who graduated 326th in a senior class of 325.

Phil wrote in his scrapbook of how the family pulled together to survive the hard times, of how he danced for the passers-by, using tap-dancing moves his Aunt Katy taught him, as his “Uncle Fat” sold newspapers on a street corner along Dallas’ Theater Row.

The Hippodrome, he said, was once the shining star of Theater Row and home to the best of vaudeville shows. But by the mid-1930s, vaudeville was fading away, and so was the Hippodrome. By that time, the Hippodrome had become a shabby burlesque hall, and Phil’s Aunt Katy was one of the dancers. But during her breaks, she would bundle up and head out to the street corner to watch her nephew dance as her brother played the Jew’s harp.

“More than half a century has passed” since those days, Phil wrote. “Uncle Fat, Aunt Katy and the Hippodrome are gone. Except for the Majestic, so is Theater Row. But the kid with the runny nose, although ancient and withered, still dances.”

After graduating from Woodrow Wilson High School, Phil joined the U.S. Army to serve in World War II, reaching the rank of T/5. He worked with the USO to provide entertainment for the troops, where he met entertainment legends such as Bob Hope.

Upon being discharged from the service, he returned to Dallas where he went to work for Parkland Hospital, opened a dance studio, gave piano lessons and worked with local high school theater and dance departments and drill teams.

He became an accomplished ballet dancer, traveling to New York City where he danced at Carnegie Hall. After returning to Dallas, he went to work at SMU, which gave him the chance to take classes at the university and fostered his love for education. He continued to take classes from various colleges and universities well into his 80s. In the early 1960s, Phil worked with Six Flags Over Texas to coordinate and establish their first-ever live show, known as The Phil Johnson Dancers.

Phil was also a legend in the North Texas LGBT community as the community’s ambassador and its historian, and was known for asking, “How can we have a future if we do not know our past?”

In 1953, Phil joined The Mattachine Society, the first gay organization in the U.S. On New Year’s Eve 1965, he helped create The Circle of Friends, Dallas’ first LGBT organization, which then formed alliances with non-gay ministers and neighbors to help prevent harassment and discrimination against the LGBT community at a time when gay people still faced possible jail time of up to 15 years if they were convicted under the Texas sodomy law.

Under threat of arrest, Phil helped organize Dallas’ first LGBT Pride parade, and on June 24, 1972, he led the parade down Main Street in downtown Dallas. That was the same year he participated in a demonstration at the American Psychiatric Association’s conference in Dallas, petitioning the APA to remove homosexuality from its list of mental diseases. There is a famous photo that shows Phil dancing with activist Frank Kameny at that conference. The APA removed homosexuality from the list the following year.

Phil also helped found the Dallas Metropolitan Community Church, now known as Cathedral of Hope UCC, the largest LGBT church in the world, and he published Dallas’ first LGBT newspaper. At an event in 2008, he acknowledged, “Yes, I have marched in every March on Washington except one, and yes, [I’ve] risked being arrested on the Supreme Court steps.”

Phil also helped organize The Trinity River Aquatic Club (TRAC), which later became part of Team Dallas, the group of athletes that participated in several Gay Games events, and he participated in Cheer Dallas. As a member of TRAC and Team Dallas, Phil competed in the Gay Games as a swimmer, winning five gold medals his first time competing. He noted that he won because he was the only competitor in his age bracket. But when he tried to turn down the medals because of that, organizers said he deserved the medals because he was there competing when others his age could not.

Phil was a talented storyteller and writer, and often contributed to the magazine This Week in Texas and to Dallas Voice as both a writer and a source. His talents, his dedication and his love for his community made him a legend in the LGBT community.
Phil was preceded in death by his sister Francis Melba Johnson, his niece Debera Creech and his nephew, Gary Cook. He is survived by his sister, Mary Fields of Plano, and his nieces, Gwynn Kruger of Emory, Kathy Parks of Dallas, and Teresa Lambright of Plano; and numerous great-nieces and -nephews, and a legion of friends and admirers.

Several years ago, Phil registered with the Willed Body Program at UT Southwestern Medical Center, representatives of which picked up his body from the nursing home shortly after his death. His body will be used for medical research and teaching, then cremated and his ashes buried at sea by being spread on the waters of the Gulf of Mexico off the Texas coast.

While not exactly as he once described, his body was used as Phil wanted when he once said: “When I am gone, anyone needing a kidney, a spleen or a bone, all free of sexually-transmitted disease, are welcome to mine. Then kindly cremate what’s left, dump the ashes in a whole and drop in a pecan and some dirt, so I can continue to benefit the world for many years thereafter.”

He added, “If those of us who have gone before helped pave the way for you, then I ask you to do something — anything — for those who will follow, because there is so much yet to be done.”