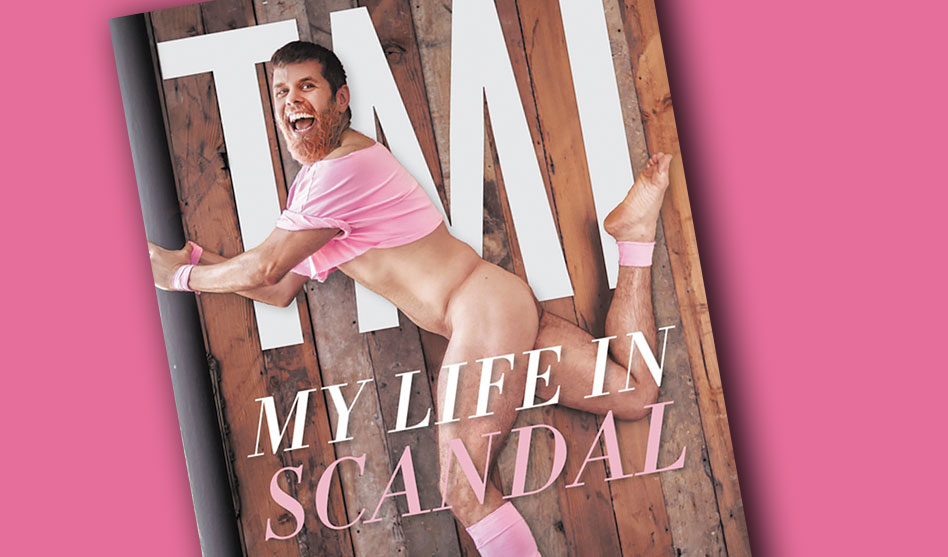 You’re allowed to change your mind. You grow, get a few experiences under your belt, and things might look a bit different. You can have a change of heart then and pivot your life in a different direction. You can take do-overs and take-backs, but carefully.

And, as in the new book TMI by Perez Hilton (with Leif Eriksson and Martin Svensson), you can ask for forgiveness, too.

If you knew Mario Armando Lavandiera Jr. when he was a child, you’d be surprised at the man he is today. He says he had a good childhood, but he was a “different” kid then and was often bullied: Among other indignities, his classmates called him “the Fat Kid” because he loved to eat.

That last part hasn’t changed. What has changed is that Lavandiera is now thinner, famous and known by a nicer name: Perez Hilton.
And no, if you’re wondering, Paris Hilton “never bothered” to sue him over the lookalike name, “though she definitely could have.”

By the time he moved to New York to attend college, Hilton knew for sure that he was gay; while there, he gained friends, a pile of debt and a mitt full of credit cards. Down but not out, he started a series of jobs and launched a series of websites that both spanned time in New York and L.A., and that got him into trouble in one way or another.

Then a photogra-friend leaked a few celeb pictures his way; Perez posted them on his website, and he was famous, literally overnight.

And that was good — for awhile. Hilton partied near-constantly, busted into celebrity events, became “wifey” with Gaga, clubbed with Jessica Simpson and hung with Paris Hilton. And then he made a video for a national cause that caused him to see the hurt he’d left … Could it be that the infamous author and gossip blogger Perez Hilton has softened?

Yes, mostly. There’s a whole lot less venom inside TMI than you might expect from Hilton, but fans won’t be entirely bereft. There’s still a little spark of gossip here, names dropped and stories propped up and left on the roadside for embarrassment or for examination. Those are accompanied in this memoir by a glint-in-his-eye tone and the sneakiest of snark hidden here and there, but that’s often tendered by tenderness.

The surprise — or the shock, depending on your level of fandom — is that Hilton apologizes to several people he feels he hurt, and he expresses a degree of regret for having lost good, close friends because he reported gossip about them despite the friendship. It’s contrition that feels like it came from a battered schoolyard bully, only genuine.

Hilton is a father now, and he writes with unabashed love for his kids from a refreshing, seemingly-happier place in his life. TMI still includes plenty of Hiltonized Too Much Information, some snickers and a hint of tattle-tale. But if you’ve never been much of a fan, here’s a chance to change your mind.