Pastors from across Texas ask legislators for LGBT equality 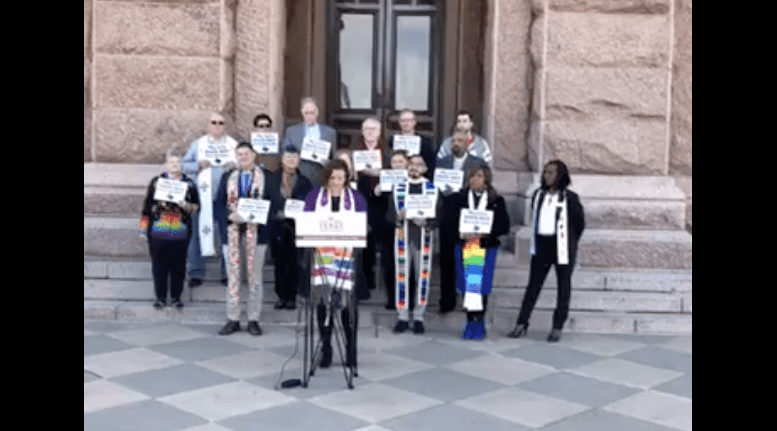 Texas Freedom Network brought pastors from across the state to a rally for LGBT rights at the state capitol on Wednesday, Feb. 20.

The Rev. Erica Wilson, TFN’s outreach and faith coordinator opened a press conference saying she’s been hearing that protecting the rights of LGBT people is somehow hostile to religion. “Protecting everyone from discrimination isn’t hostile to religion,” she said.

“Vote to protect the rights of your fellow human beings,” Levy said.

The Rev. Michael Diaz, associate pastor at Cathedral of Hope in Dallas, said it is “shocking” that many members of his congregation do not enjoy the same legal protections in Texas that other Cathedral members have simply because they are LGBT. “The Bible I read doesn’t tell me to discriminate against my neighbor,” he said.

Diaz urged legislators to treat their LGBT neighbors as they would everyone else: “Update our existing laws so no one in Texas experiences discrimination.”