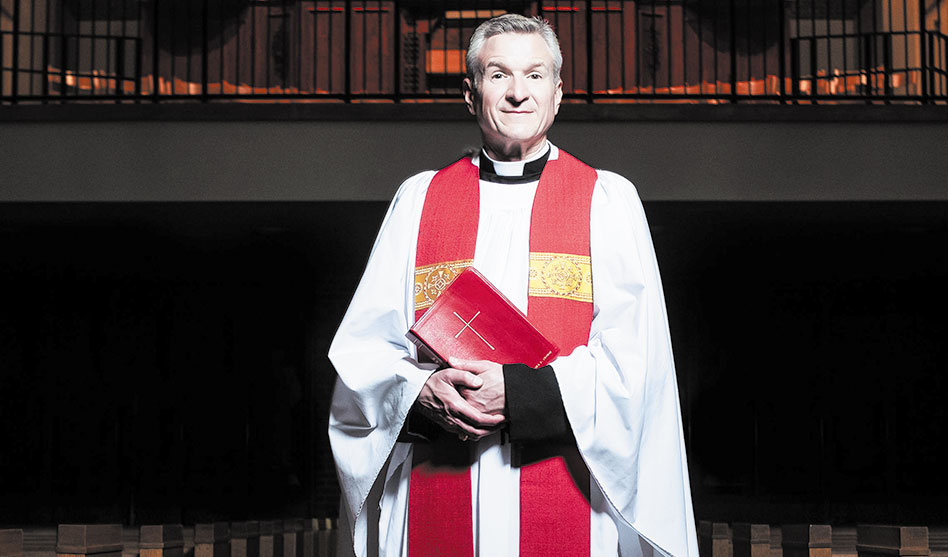 When Christopher Thomas was hired as the new rector at St. Thomas the Apostle Episcopal Church in Oak Lawn, he was not the church’s first gay pastor, but he was its first pastor who was openly gay when he was called as pastor.

Thomas credits that to last year’s compromise for churches in dioceses headed by bishops who don’t approve of same-sex marriage, such as the Dallas diocese.

But that wasn’t Thomas’ only first. When he was ordained in Fort Worth, right after that diocese split over the issue of welcoming LGBT rectors and same-sex marriage, he was that diocese’s first openly gay pastor.

Thomas grew up in Sugarland outside Houston and spent part of his professional life in Houston and New York. In Dallas, he’s probably best known for the three years he spent as a church business administrator at Cathedral of Hope.

Although his studies at Brite may have reinforced his passion for social justice, it was not a new calling for him. Thomas spent years during the AIDS crisis caring for friends. He described caring for people at Omega House, an AIDS hospice in Houston.

“The things I saw: working with patients with huge KS lesions, staring in the face of death at 23 years old,” he recalled. Thomas said those experiences gave him a different appreciation for life. 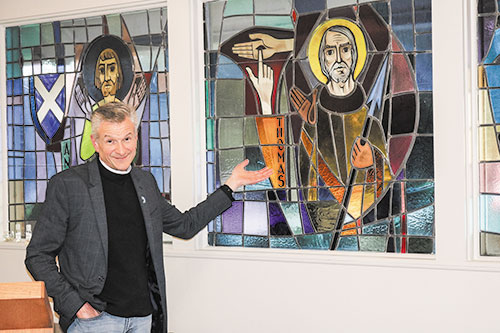 Thomas was in Fort Worth in 2009 when TABC agents and Fort Worth police officers opened the then-newly-opened LGBTQ bar Rainbow Lounge. Patrons were injured in the raid, and as a result, the Fort Worth LGBT community demanded change from its city government. Members of the community, including Thomas, stepped up to help fight that battle

Thomas worked on a committee to develop a curriculum to train police officers on working with the LGBTQ community. What started as a group of 10 had shrunk to just two people by the time they were ready to make presentations, but Thomas worked with a transgender woman training police officers and new recruits. Although he’s no longer involved, the sensitivity program he began continues today.

When he was hired by St. Thomas, Thomas made the move from Fort Worth to Dallas and decided to locate in the urban core. The church is near Love Field but is surrounded by trees — far enough from downtown to feel a bit suburban, close enough to feel quite urban and be touched by the city’s problems.

When the Episcopal Church sanctioned same-sex marriage, the Dallas diocese was one of seven nationwide whose bishops refused to embrace the new position. Fort Worth’s diocese suffered a split, with conservative congregations leaving, and it is the only diocese still in court over questions of ownership of property.

But in Dallas, LGBT church members were left in limbo.

One compromise was worked out that allowed same-sex couples who were members of Dallas churches to travel to Fort Worth and marry there. But a national compromise was reached last year that allowed more progressive churches in more conservative dioceses options. In Dallas, churches that wanted to perform marriages for same-sex couples would spiritually fall under the Missouri bishop while remaining in the Dallas diocese for business matters.
Three churches in Dallas, including St. Thomas, operate under that compromise.

Although he’s only been in his new position as pastor of St. Thomas for a few weeks, Thomas said he is excited about a new energy he feels in the church. The Rev. Steve Sprinkle, professor of practical theology at Brite, will be coming to speak at St. Thomas soon, and Thomas recently heard from Mark Jordan, professor of christian thought at Harvard Divinity School and professor of the studies of women, gender, and sexuality in the Harvard Faculty of Arts and Sciences. Jordan, who won the 2011 Randy Shilts Award for nonfiction for his book Recruiting Young Love: How Christians Talk about Homosexuality, has recently moved back to Dallas with his husband and will be attending St. Thomas.

Thomas said when he worked at St. Thomas Church on 5th Avenue in New York across from Trump Tower, he learned that “you can’t phone it in,” and that he always has bring his “A” game. Part of that, he continued, means having fun along with doing good work. And he’s excited about what the future for St. Thomas looks like.

“Let’s do some fun Jesus work in the world and heal some of the brokenness out there,” he said. “This church has so much potential.”