Opening the door to discrimination 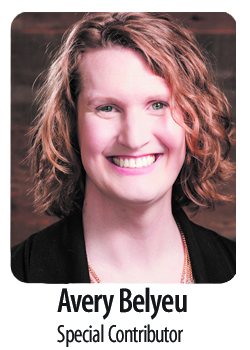 LGBTQ Texans, those living with a disability and those living at the intersections of LGBTQ identity and living with disability are outraged, and rightfully so. Texas Gov. Greg Abbott has once again cast our communities aside by singling us out for exclusion and differential treatment. To make matters worse, Gov. Abbott has done this at the height of a public health crisis when we are more vulnerable and the services upon which we rely for our daily needs are all the more precarious.

put, there is no doubt that this unfair and unequal treatment threatens our very lives.

On Monday, Oct. 12, 2020, the Texas Behavioral Health Executive Council and the Texas State Board of Social Worker Examiners voted unanimously to remove the terms “sexual orientation,” “gender identity,” “gender expression” and “disability” from the nondiscrimination rule contained in the Social Workers’ Code of Conduct. This is the rule intended to prohibit social workers from discriminating against their clients on the basis of these identities.

The rule change was a last-minute request that came from Gov. Abbott’s office, contained in an email to the board and council sent the Friday before the Monday meeting. Council Executive Director Darrell Spinks explained that the purpose of the rule change was to make the rule align with Texas law, which contains a similar nondiscrimination provision but does not include the terms sexual orientation, gender identity and expression or disability. The board unanimously approved removing the language, and the council voted unanimously to adopt the change.

Now the change is the law: Social workers, who we rely upon to hear and carry our deepest confidences, have now been invited to refuse to provide us — and those living with a disability — with critical mental health and social services.

Prior to COVID-19, 8 percent of LGBT Texans were unemployed; fully 26 percent had no health insurance; 27 percent were food insecure, and 26 percent made less than $24,000 a year.

Approximately 41 percent of LGBT seniors have a disability.

Behind every one of these numbers is the story of an LGBTQ person who will often rely on a social worker to find essential resources, support and care.

This is an attack on our community, and Lambda Legal is fighting back with its partners in the All in for Equality Coalition to take a stand and say that no Texan should be afraid to access necessary care and services because of a fear of discrimination.

Here is what you can do to help Lambda Legal and our partner organizations fight back: To protect your life, the lives of those you love and the lives of those in our communities, join the All in for Equality Coalition by visiting our website (https://secure.everyaction.com/-rSvTclhMk2SlOKaKu-t_A2?emci=f990b7c0-1e13-eb11-96f5-00155d03affc&emdi=cf2d5f9d-3013-eb11-96f5-00155d03affc&ceid=7436708) and sending a message to Gov. Abbott that the social workers know what is right for them and their profession and that he should stay out of their business.

No one should ever be discriminated against or denied services simply because of who they are. Our very lives depend on it.

Avery Belyeu is the South Central Region regional director for Lambda Legal. She is based in Dallas.