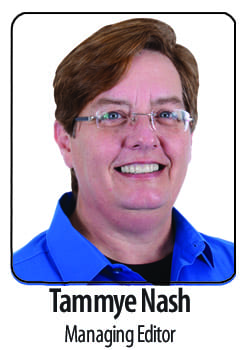 Dear Gov. McCrory,
So on Monday, March 28, you told NBC News that the nation-wide uproar and backlash over legislation you signed into law the previous week is just a bunch of “political theater,” a “calculated smear campaign” concocted by the big, bad gay people who are throwing a temper tantrum because they didn’t get their way.
North Carolina’s new law — the one that prohibits transgender people from using appropriate public restrooms and prohibits forward-thinking, equality-leaning local governing entities from enacting ordinances to protect some of their most vulnerable residents — doesn’t discriminate against anyone, you said. It’s just codifying the “norms and etiquette” that have existed for generations, you said.
All these objections, you said, are just “political correctness run amok.”
Well Gov. McCrory, let me tell you something. You are wrong. Plain and simple.
You want to know what’s really run amok there in North Carolina? Bigotry and ignorance.
Of course your damn law discriminates against people! It discriminates against that gay teenager being bullied who had hoped the ordinance recently passed in the city of Charlotte might have offered some protection, or at least, some legal recourse. It discriminates against the lesbian couple were refused an apartment lease because they are lesbians. It discriminates against the gay man refused service in a restaurant because he’s gay.
It discriminates against those people because it tells city governments, county governments that they can’t pass laws to specifically protect those people. It tells the LGBT people in your state they aren’t worthy of equal rights, that they don’t deserve protection.
And as for that bathroom thing …. Seriously Governor, I am surprised bolts of lightning didn’t strike you when you tried to claim that part isn’t discriminatory. And ignorant. That whole “men in women’s bathrooms/men in girls’ locker room showers” argument is such total bullshit.
Your whole argument is based on a bullshit lie. Because we aren’t talking about men in women’s restrooms. We are talking about transgender women — WOMEN, Governor — using women’s restrooms. Oh, and by the way, we’re talking about transgender MEN using men’s restrooms, too. And all your bullshit about protecting women and children from predatory men who dress in women’s clothing just to get into the women’s restrooms is just that — BULLSHIT.
And just so you know, your stupid law won’t stop predators — rapists and pedophiles — from going after women and girls or after men and boys in restrooms. Because people like that DON’T OBEY THE LAW in the first damn place! All your stupid law does do is make criminals out of law-abiding citizens who just need to pee.
Governor, all the calls for boycotts against North Carolina — from individuals, businesses, organizations and even governing entities like the city of San Francisco — that’s not political theater. That’s the rising tide of common sense and fair-mindedness as people stand up for their own rights and the rights of others.
The Rev. Martin Luther King said, “The arc of the moral universe is long, but it bends toward justice.” It’s been a long time coming, but the universe truly is bending toward justice for LGBT people. People like you and the other bigots in the North Carolina legislature are fighting against that justice, but we won’t let you win. The “political theater” over your new law is proof of that.
This article appeared in the Dallas Voice print edition April 1, 2016.