One for the LGBT history books 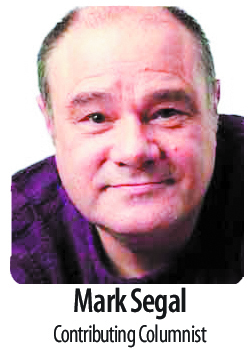 We are just one month into his term as president, and Joseph R. Biden has already done more for LGBTQ equality than any president in their full body of work in an entire four-year — or eight-year term. Here’s a summary.

Even before being sworn in, President-elect Biden had made his mark by appointing an impressive group of LGBTQ people to major roles in the White House and the various departments of his administration. Among them were the secretary of transportation, deputy director of the office of presidential personnel, principal deputy White House press secretary, senior advisor and spokesperson for the vice president, deputy White House communications director, deputy counsel to the president and director of political strategy and outreach.

And Pennsylvania’s own Rachel Levine, whose confirmation hearings were expected this week, has been nominated to serve as assistant secretary of health.

Ultimately, the Biden transition team was able to announce that 11 percent of White House staff are LGBTQ appointees.
In addition to making all these cabinet and staff nominations, the then-president-elect issued a statement for World AIDS Day in December reinforcing his commitment to ending AIDS as a public health crisis.

“This year,” Biden said in that statement, “World AIDS Day honors the resilience and impact of advocates, activists and frontline workers who have spent decades treating people with dignity, fighting for human rights and saving lives.”

A few days later, Biden issued another statement declaring that LGBTQ rights are included as human rights: “Every American, regardless of race, ethnicity, zip code, religion, sex, sexual orientation, gender identity or disability, should be free to flourish in a society that values and defends equal justice for all.”

President Biden’s pro-LGBTQ actions have been equally impressive in his first 30 days in office. On Jan. 20, his first day as president, Biden signed an executive order on combating discrimination against LGBTQ people, which included directing all federal agencies to ensure that workplace discrimination on the basis of sexual orientation and gender identity is prohibited.

The same day, Biden sent an immigration bill to congress which modernized the family-based immigration system by including permanent partnerships and “eliminating discrimination facing LGBTQ+ families.”

On Jan. 26, Biden released a memorandum on housing practices which called out “systemic barriers to safe, accessible and affordable housing for people of color, immigrants, individuals with disabilities and lesbian, gay, bisexual, transgender, gender non-conforming, and queer (LGBTQ+) individuals.”

On Feb. 4, Biden signed a series of executive actions designed to “restore America’s place in the world.” This included a memorandum on “Advancing the Rights of LGBTQI+ Persons Around the World.”

“This memorandum restores clarity to the U.S. position by directing all departments and agencies engaged abroad to ensure that our diplomacy and foreign assistance promotes and protects the rights of LGBTQI+ persons, including combating the criminalization of LGBTQI+ status or conduct, enhancing our range of diplomatic responses to protect human rights abuses of LGBTQI+ persons, building coalitions with civil society and international organizations, requiring annual reporting by the State Department on human rights abuses experienced by LGBTQI+ persons globally and rescinding inconsistent policies within 100 days of signing.”

And to cap off his first month in office, President Biden released a statement on the Equality Act, which he has pledged to sign in his first 100 days if Congress sends it to him.

President Biden is off to a blazing start when it comes to support for LGBT equality. Now it’s on the House and Senate to pass the Equality Act and send it to his desk. That would truly cap off the most pro-LGBTQ 100 days for any president in history.

Mark Segal is an American journalist. He is the founder and publisher of Philadelphia Gay News and has won numerous journalism awards for his column “Mark My Words,’ including best column by The National Newspaper Association, Suburban Newspaper Association and The Society of Professional Journalists.