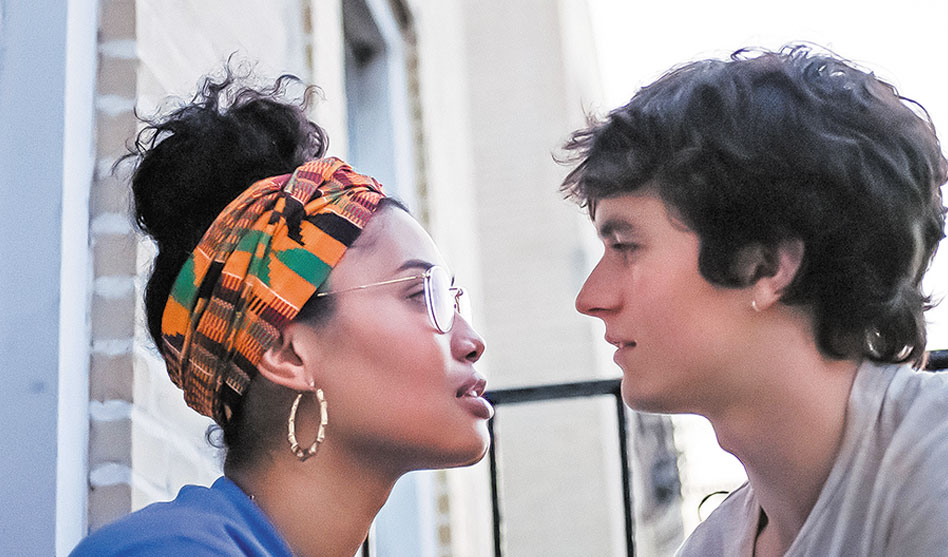 Practically every queer person worth their weight in gold lame, sequins and bugle beads has watched Pose since it premiered on FX in 2018. With its third — and final — season currently airing, many of us feel a sense of sadness about having to say goodbye to these characters that we have grown to care about and love, like family. As we bid farewell, there is hope that the popularity of the award-winning series means that there could be more movies and TV shows exploring the ballroom scene and its habitues.

One such movie has arrived in the form of writer/director Danielle Lessovitz’s Port Authority (Momentum/eOne).

Where Pose presented a portrait of balls and voguing in the early years, Port Authority takes a present-day approach.

The alliterative Paul (Fionn Whitehead) from Pittsburgh on probation, steps off a bus at the titular station and is utterly unprepared for what New York City has in store for his 20-year-old self.

To begin with, his half-sister Sara (Louisa Krause), who was supposed to meet him there and provide a place for him to stay, never shows up. When he finally connects with her, she expresses no interest in giving him a place to stay, although she does give him some cash. 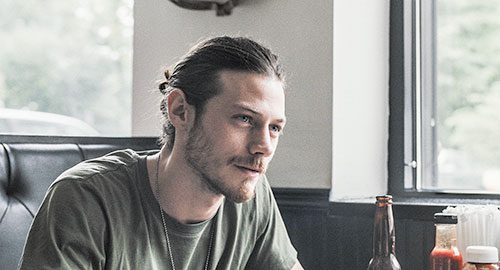 While being mugged on a subway train, Paul is saved by Lee (McCaul Lombardi), who not only secures him a place to stay at a Lower East Side homeless shelter but also offers him a job working on his repo/rent collection gang. Despite his kindness to Paul, Lee has an unpleasant side, illustrated by his undisguised homophobia.

At the shelter, Paul sees Tekay (Devon Carpenter) voguing in the stairwell, and one night, Paul follows Tekay to a ballroom rehearsal for the House of McQueen. While there he sees Wye (trans actress Leyna Bloom, in her film debut) and recognizes her from having seen her outside of Port Authority. After he is asked to leave (Paul kind of sticks out like a sore thumb), Wye comes after him. They talk and the spark between them is palatable.

Before you can say Romeo and Juliet, these potentially star-crossed lovers embark on an unlikely romantic relationship. However, where Wye is always her authentic self (even if Paul is clueless), Paul struggles to keep his stories straight while also trying to figure out who he is.

Trouble arises when Tekay (Devon Carpenter) recognizes Paul from being with Wye. He confronts him, asks him how long he’s been a “chaser,” and makes it clear that he will protect the vulnerable Wye.

Nevertheless, Paul and Wye’s relationship intensifies. They share personal family stories. They become increasingly intimate. They have a serious disagreement and make-up sex.

But Paul’s crumbling façade can only be maintained for so long. An altercation between Lee, Nix and Tekay puts Paul in an awkward situation. Paul arranges to introduce Wye to Lee, and as you might expect, it backfires on him. Wye cuts Paul off.

Even with a conclusion that you could see from a mile away through oversized false eyelashes, as Paul’s two worlds collide during eviction proceedings at the House of McQueen, there is enough dramatic tension to make it work. As for the final scene, taken directly from the tearjerker handbook, it works solely because Bloom and Whitehead have the chops to pull it off. Rating: B