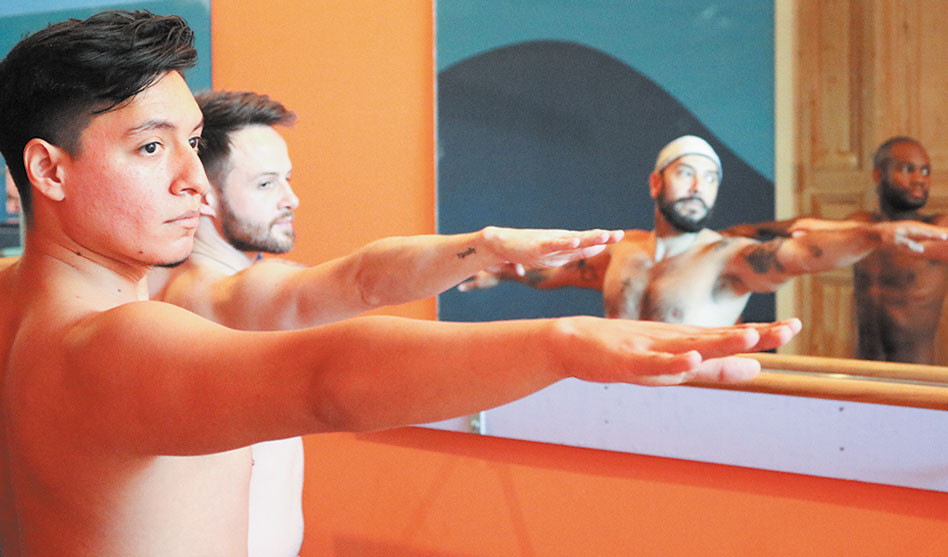 Leave your anxiety, your ego and your clothes at the door for Radical Yoga

For some queer men, it might be a fantasy to strip off all their clothes and writhe around with a bunch of other men. At Radical Yoga, that’s just a weekly thing.

But get your mind out of the gutter. It’s not like that.

Roberto Alvarez Jr.’s studio, inside the Vigor Massage space in East Dallas, is a place where those who are comfortable out of clothes can get their stretch on. But he also wants to provide a safe space for those with some trepidation and curiosity. Ultimately, everyone has his own reasons.

“There are a few things that lead people here,” Alvarez says. “They are either trying to recover from something or do something new. Some try it to be adventurous or just meet new people. But there is space for everybody.”

Alvarez, 29, started his classes in 2017 under the studio’s first moniker Naked Yoga Dallas. He’s revamped his studio to Radical Yoga with its first class, held just last week. Plus, the name seemed a better fit.

“Being naked is a form of being radical. It’s more than just taking off your clothes; it’s the symbolism in layers we have on ourselves,” he explains.

OK, but why yoga in the nude in the first place? The reason goes back to Alvarez’s college days. 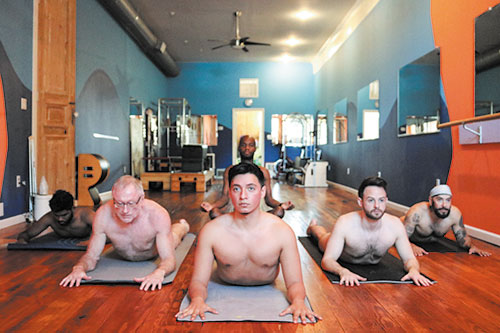 Yoga was part of Alvarez’s curriculum while studying dance in college. His interest grew when he pursued his masters at Texas Woman’s University, which also came in handy for another reason.

“Grad school was stressful! I was crying most of the time, so yoga kept me centered,” he says. “But that helped me learn that yoga was not just for the body but also the mind.

And then I did my first naked yoga in Austin where I saw men of all different ages and sizes forming community.”

The experience ended up being a profound one for Alvarez. He explains that he learned much about himself in many ways including understanding his own sexuality. Being naked, for him, stripped away more than just clothes, and he wanted others to know the same experience.

“So sure, clothes may get in the way, especially when they get sweaty, but when we just wear ourselves — especially as gay or queer men — to confront our bodies is a big thing.”

Gay culture is bombarded by images of ideal physiques, but gay men are also shamed about their bodies by society, religion and family, according to Alvarez. He sees the act of just removing clothes in this setting as healing.

“Firstly, the world doesn’t end,” he says. “Men will say they can’t do it. I get that. Whatever trauma tells them that, I reassure them that we’re all just doing our best, and that we’re all in this together.”

But there is one important question that just can’t be ignored, because the reality simply is that a boner might just join in on the yoga session. It’s a question Alvarez confronts so often that he’s put it on his website.

What happens if I get aroused?

Nothing. It might be your body’s natural response in this space — and that’s nothing to be ashamed of.

If anything, he flips the script on that whole situation.

“It’s a response from sensations in the body, and maybe on some level a projection, and that’s OK. I think we are afraid of who we are sometimes. Instead, it’s what you do with that feeling. Being aroused is a powerful form of energy, but no one taught us how to use that energy. As a tantric experience, embracing that can release some level of shame,” he says.

Alvarez teaches three types of yoga: hatha, vinyasa flow and yin. He intends to host power flow, which he describes as a bit more advanced. Classes currently run $15 and also feature a post-session of tantra (for $10) which dives into meditation and reflection. He also provides private instruction. As his rebranding settles, Alvarez also expects to expand classes for women and workshops to explore queer yoga spaces.

For those coming to his class — especially those with some reluctance or lack of assurance — Alvarez only has one piece of advice: “Have an open mind. It’s OK to feel anxious. That’s a natural feeling. We’re there to help take care of each other.”

Visit radical.yoga for class schedules and to purchase a session. 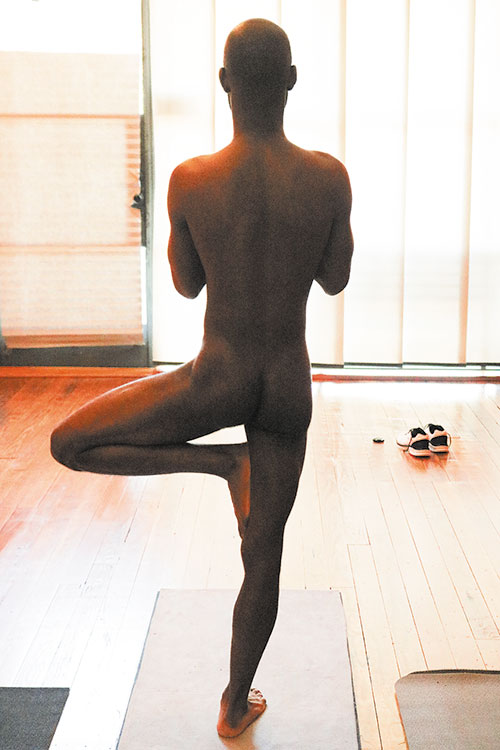 Vinyasa flow: “This has a New Age feel. There’s a lot of movement with breath. I see it almost as a form of dance going in and out of different poses.”

Hatha: “This removes some of the flow found in vinyasa flow. So we may stand on the left leg and hold a pose as opposed to moving in and out of poses. It’s a very traditional form.”

Yin: “This takes out flow completely and more so targets the connective tissues over the muscles. So when we are holding a butterfly pose, we focus on the inner thighs. We would hold for 3–5 minutes.”

Tantra: Its own thing, this involves couples pairings, though not in a sexual way. “There’s touching, like hand-on-heart poses.”