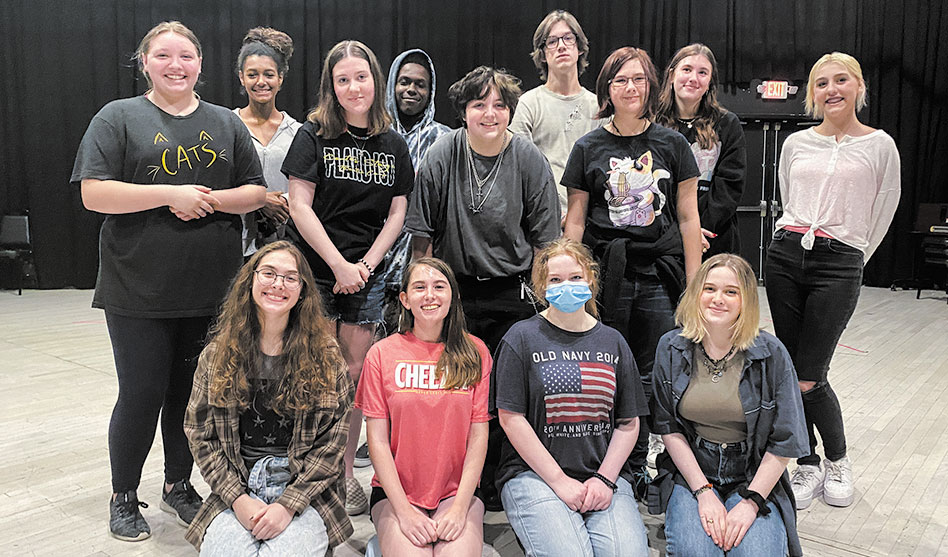 The cast of The Laramie Project at Starcatchers Theatre. (Photos courtesy of Jason Robert Villarael)

A youthful cast takes on heavy drama in ‘The Laramie Project’

When it comes to the queer theater continuum, The Laramie Project is high on the list. The play, by Moises Kaufman, depicts the strong reactions to the 1998 murder of Mathew Shepard in the titular city in Wyoming. Drawn from interviews conducted by the Tectonic Theater Project for the stage, the play is heavy and rife with emotions and language.

The show recalls a brutal moment in queer history, but director Jason Robert Villareal had a vision of telling that story through a young cast.

“I’m very proud of these young performers and their excitement to tell this story,” Villareal said. “The show stars artists from the sixth grade to high school seniors.”

The Laramie Project opens this weekend at the Starcatchers Theatre at Willow Bend Center of the Arts in Plano. The show is by North Texas Performing Arts. 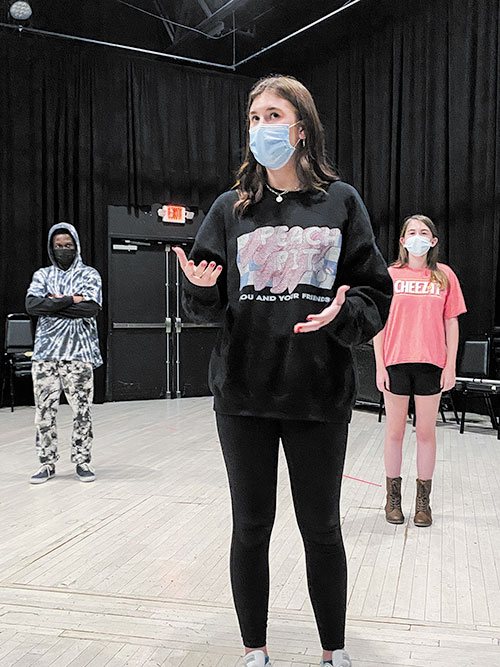 Dallas Voice: To start, how did you come up with the idea for casting such a play with young actors? Jason Robert Villareal: One thing I think is most beautiful with youth is they forget — or maybe not even know — there was a generation that fought for their rights before them. And then one of the coolest things is that we assume kids are just kids. We fail to recognize that they are growing in a generation where the media is in the palm of their hands and quickly understanding their bodies and acknowledging each other and recognizing consent.

What is the cast like and how did you work the auditioning process? Luckily enough, a large percentage is either genderfluid, nonbinary, gay, lesbian or gay-friendly. Some did research; some knew this spoke to them simply as a queer story and dove right in.

What have rehearsals been like for these actors? First, before we start, I always tell them they have purpose; they have a story; they are light, kind and love, because that is what I’m hoping to get out of the show. I ask them about a highlight of their week before rehearsal. It’s important to have good energy before we take on this massive heartbreaking story.

When it comes to young artists, any sort of judgment or negative comments don’t have a home there. My approach to any show, especially this one, is to cultivate a loving and safe space.

Did parents have any concern with their children taking on these roles? I understand that some of the adults and patrons might be offended by the language or the word “faggot.” This is adult subject matter. It’s gonna get ugly; it’s gonna get uncomfortable. Their children are telling a story.

At the beginning of rehearsals, I have a parent meeting. The beauty of it is how supportive these parents are, and they have said they prefer us not to censor the show.

One of my girls has lesbian mothers, so she was privy to this history of gay rights. But to see all these youth explore this story together is awesome.

There is heavy, profane and even suggestive language in the show. How did you navigate that? If anyone was not comfortable, we’d walk through it. We’d allow the kids to embrace and support each other. I asked a therapist the best way to approach this, and I was advised to give them guide points as preparation. To see them get past the hard parts and take the show on is so rewarding. This challenges their bravery, and their resilience is reassuring.

Reassuring how? We are trying to set the tone for a younger generation to carry on our stories. This isn’t just about homophobia but also about racism and classism. These matters are hard to face, and they are diving right into it.

So how did NTPA move forward with The Laramie Project when audiences are so familiar with its more family-friendly fare? We’ve been trying to do this show for some time, but it wasn’t a very popular choice. We are also a school, and we really want our kids to grow. There was some discomfort to it. I do think partly that there was some relief for families when they realized a gay director would be at the helm and helping their children with this kind of opportunity. There has been some “adult” fare. NTPA will be doing Hamlet soon. But also, we remind them and audiences that not everything is Disney.

This is an interesting moment because perhaps many queer people of a certain age didn’t have this type of experience in their youth whether performing or watching. I care for these kids so much, and I remind them that I see them; I hear them. I didn’t feel seen as a youth and never really had the guidance or leadership. Now, having them come out as trans or nonbinary and know that they are in a safe space, it’s great to provide that because these are our future voices to tell our older stories.

The show runs through Sunday. Visit northtexasperformingarts.org for tickets.