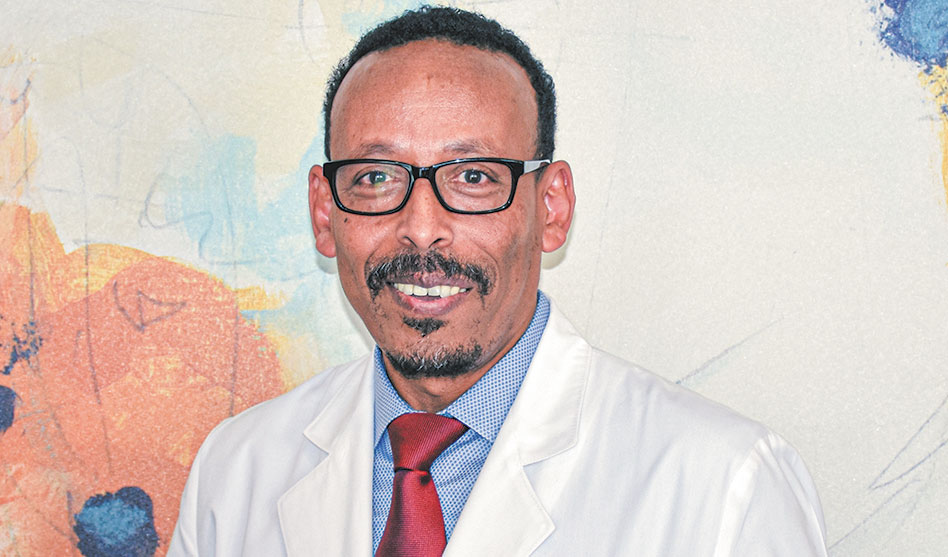 The doctors at North Texas Infectious Disease Consultants in Dallas have been involved in conducting trials for the COVID-19 vaccine being developed by Pfizer pharmaceutical company, a vaccine that Pfizer officials said last week is “95 percent effective against COVID-19 beginning 28 days after the first dose.”

According to a statement from Pfizer last week, during the clinical trials, “170 confirmed cases of COVID-19 were evaluated, with 162 observed in the placebo group versus 8 in the vaccine group. Efficacy was consistent across age, gender race and ethnicity demographics, [and] observed efficacy in adults over 65 years of age was over 94 percent.”

The statement noted that the Pfizer vaccine trials have achieved the “safety data milestone required by U.S. Food and Drug Administration for Emergency Use Authorization. Data demonstrate that the vaccine was well tolerated across all populations with over 43,000 participants enrolled; no serious safety concerns observed; the only Grade 3 adverse event greater than 2 percent in frequency was fatigue at 3.8 percent and headache at 2 percent.”

The statement also noted that Pfizer planned to submit its vaccine to the FDA for emergency use authorization “within days” and to share data with “other regulatory agencies around the globe.” The Pfizer companies “expect to produce globally up to 50 million vaccine doses in 2020 and up to 1.3 billion doses by the end of 2021.”

NTIDC in Dallas was the largest tester for the Pfizer vaccine, with more than 500 participants in its trials, including some who were HIV-positive. This week, Dr. Mezgebe Berhe with NTIDC answered a few questions about the vaccine and NTIDC’s role in its development.

Dallas Voice: Is the Pfizer vaccine ready to be distributed? If not, where in the process is it? Dr, Mezgebe Berhe: If [Emergency Use Authorization] is approved (and hopefully [that happens] soon), distribution is expected [soon after]. I don’t know how much vaccine Pfizer has already produced to date, but I am sure some will be available for distribution.

When do you think that people can start getting the Pfizer vaccine? What about other vaccines? Do you know anything about timelines with other vaccines? So far, the leaders in SARS COV 2 vaccine in the U.S. are Pfizer and Moderna. We expect both to get EUA approval based on the interim analysis. These companies will start distributing soon, and vaccines may be available for some people in December 2020. Other companies are not far behind (Janssen, AstraZeneca), but likely [will be approved and distributed] at the beginning of 2021.

What do the trials show in terms of effectiveness for the Pfizer vaccine? Interim data analysis showed highly promising results both in early effectiveness and early safety. It appears the vaccine prevented illness in 95 percent of vaccinees. Also an interesting observation was that 90 percent of the people who developed severe disease had [a] placebo; therefore, the vaccine is not only effective in preventing disease, but it is also effective in preventing severe disease. There was also no significant safety concerns.

You have said before that vaccine development can take up to 10 years; these COVID vaccines have been developed in less than a year. What was the primary reason for that?  Different platforms. We are now in an era of medical technology that can help with faster development of some vaccines. The process of determining effectiveness and safety remains same.

Vaccines still have to be monitored by an independent safety monitoring board. Their safety and effectiveness still goes through rigorous, well-designed and monitored trials before they can get approved.

What role did the federal government’s Operation Warp Speed play in the development of the Pfizer vaccine? I don’t know if there was any role with Pfizer [but] the federal government has played a significant role with many vaccine makers by encouraging production. This is what we call time vs. money. If your production starts after a vaccine is proven effective and safe, it takes a long time — months — to produce and distribute. If production starts before effectiveness and safety is determined, the worst-case scenario would be you lose the money you spent on production if the vaccine is not effective or safe. The best-case scenario is that the vaccine is proven effective and safe. Then you have saved time for production. You can immediately start distributing. So there you have it.

Talk a bit about what role NTIDC played in the development of the Pfizer vaccine. NTIDC is one of the clinical trial sites and contributed to the development of vaccine by enrolling volunteers, monitoring their safety and assuring accuracy of data provided to Pfizer.