Not your grandma’s gay wedding 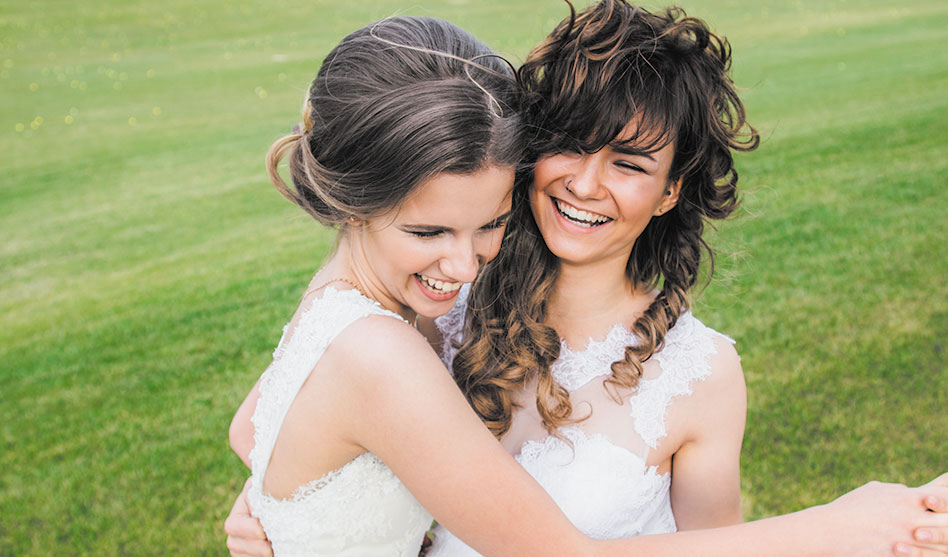 How queer millennials and zillennials are changing the future of marriage

As the nation finally begins to open back up again and friends and family members become more comfortable gathering in large crowds, this is the best time since the end of 2019 to have a wedding. In fact, Knot Worldwide estimates that there will be an almost 25 percent increase in weddings happening between 2021 and 2022.

However, while many millennial and zillennial individuals have found themselves ready to embark on this harmonious tradition, their take on married life is estimated to be far from traditional.

Over the past decade, the landscape of the United States has seen a progressive shift towards implementing more queer-inclusive policies, and the younger generations have very much been a mirror of that change.

In that same time there has been a 60 percent rise in the LGBTQIA population across the United States — the majority of which is composed of millennial and Gen-Z individuals. There has yet to be a demographic that is more publicly and resoundingly open about their sexuality and gender orientations, and it seems as if the same principles surrounding non-conformity have carried over into this sub-population’s marriages.

Across the country, polyamory — the act of being in a consensual partnership with more than one person — and consensual non-monogamy are gaining in popularity, especially among younger demographics. Nearly 39 percent of married Gen-Z and millennial individuals have acknowledged being partially or completely non-monogamous.

This new relationship trend comes at an interesting time in queer history, as more and more young adults begin to come out as bi or pansexual — more so than we’ve seen in any prior generations combined.

More than half of the openly LGBTQ population of the United States is composed of the millennial and Gen-Z population; of that sub-population nearly three-fourths identify as bisexual, pansexual or queer. However, for a number of individuals, the fact that their sexual attraction wasn’t fixed to one specific gender or another, wasn’t always clear to them.

Although it is changing now, there is a long history of stigma against bisexual and pansexual individuals within the queer community. In years prior, many individuals would have faced shame or disregard for having more fluid sexualities.

But as the narrative around more fluid forms of sexual attraction becomes more accepting and prolific in the public eye, the concept of being attracted to people of various genders has become less stigmatized. As a result, a number of millennial and zillennial individuals have felt more compelled to explore other avenues of their sexuality, regardless of their relationship status.

And that leads us back towards the rising popularity of non-monogamous marriages.

The millennial and Gen-Z generations are defined by their ability to redefine not only themselves but the rules of living that we were once taught to follow. And that can be easily seen in their marriages.

As young adults we are often expected to follow the same blueprint towards mature adulthood that our parents and our parent’s parents once followed. We are taught how to show up and how to settle down. But we are not always taught how to pursue our best selves. The younger generations are changing that dynamic.

As the next wave of adults and change-makers, we are redefining what it means to live a life worth living. We alone are granting ourselves the right to love who we love, and to engage in our personal relationships in the ways we see fit.

While we may engage in some traditional forms of living — getting married, buying a home, having kids — the grounds upon which we do so are fixed entirely on our own terms — as are the people we let lie in our marriage beds.

Maxwell Poyser (she, they) is head of marketing and media at Fern Connections, a dating program specializing in same-sex matchmaking. They are also the voice behind Fern Connections’ blog, The Dating Dispatch.