Not the only choice 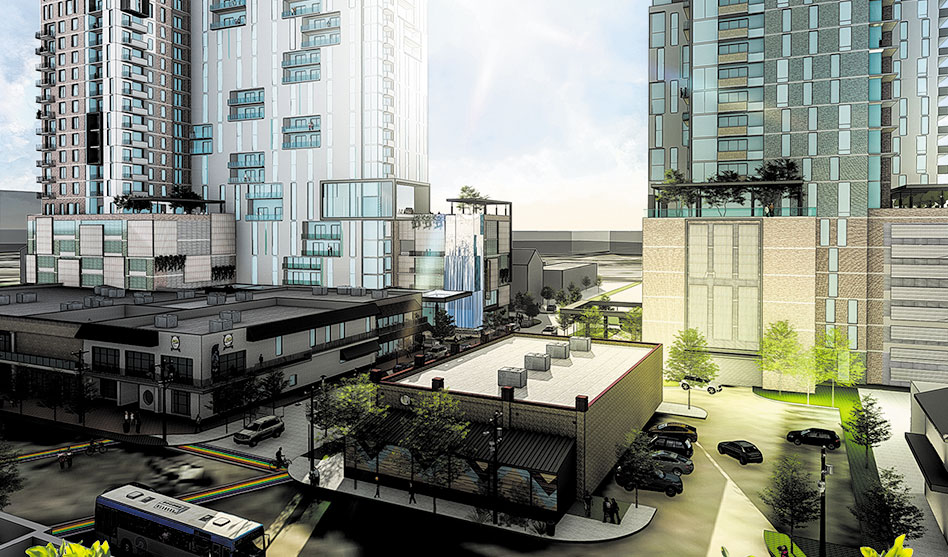 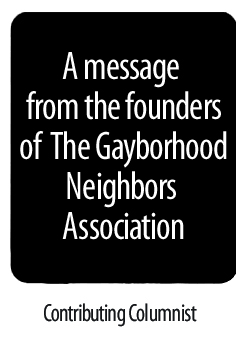 The Caven/Ablon redevelopment and rezoning proposal has created unnecessary controversy and division among the Dallas LGBTQ+ community. As LGBTQ+ homeowners who chose to live in Oak Lawn and anchor this neighborhood with our lives and livelihoods, we feel a responsibility to steward the gayborhood’s future, preserve its character and respect its history. For many years the bars have represented the LGBTQ+ community, but their decisions consistently represent their profit interests as businesses and not the interests of the larger Oak Lawn residents or LGBTQ+ community.

Between 2011 and 2015 the city of Dallas allocated bond funds to slow Cedar Springs traffic, reduce the lanes and widen the sidewalks. Like other street improvements throughout Dallas — like Bishop Arts, Lower Greenville, Downtown Dallas, Knox Henderson, McKinney Avenue and Deep Ellum — these improvements would have made Cedar Springs safer, calmer and more pedestrian friendly.

The bars unanimously opposed these street improvements despite multiple pedestrians’ deaths over the years. In November 2011 alone there were two hit-and-run pedestrian deaths on Cedar Springs — 61-year-old Edward Lee King and 55-year-old Wayne Priest — which resulted in the largely-symbolic right-turn-only sign at Reagan and Cedar Springs, with no other changes to improve pedestrian safety.

The proposed street changes made it inconvenient for some of the bars to easily unload beer trucks, and they feared the roadway reconstruction might temporarily lower alcohol revenues. They ensured that these street improvements, designed to make the community safer for their own customers, never occurred, despite broad community support and approved bond funding.

Caven/Ablon Redevelopment and Rezoning Project
The proposed Caven/Ablon redevelopment and rezoning project repeats these patterns of self-interest at the expense of others while completely ignoring the input and needs of the surrounding community. Due to rising property taxes in Oak Lawn, Ed Oakley and Mike Ablon have communicated the need to monetize the Caven parking lots to preserve the bars and remain profitable. Their proposed redevelopment effort was recklessly fast-tracked with the intention of pushing through the most profitable and undesirable configuration without community compromise while failing to comply with basic Oak Lawn redevelopment standards that uniformly apply to similar situations throughout Oak Lawn where high-rise redevelopment is adjacent to schools and homeowners.

Ed Oakley and Mike Ablon met with the Oak Lawn Committee, that acts as a respected mediator between developers, Oak Lawn residents and city planning. After careful review of the project, the Oak Lawn Committee gathered a reasonable list of requests for alterations based on standards intended to preserve and enhance the vibrant character and walkable fabric of Oak Lawn. The tireless efforts by Oak Lawn residents on The Oak Lawn

Committee over many decades working through endless details with developers have created the most walkable, desirable, and expensive land in Dallas.

This process works here just like it works in other world-class cities.

In an unprecedented manner, Ed Oakley and Mike Ablon ignored this valuable mediation step, bypassing concerned homeowners and stakeholders in the community as well as the Oak Lawn Committee. Believing they had the votes to ignore the community, they presented their project to the Dallas City Plan Commission largely unchanged.

There were hours of discussion, debate, frustration, and several split votes by the commissioners, some of whom begged for alternatives. This “fly-by-zoning,” as one zoning commissioner described it, was an absurd display of reckless power disregarding the concerns of many city plan commissioners and The Oak Lawn Committee, as well as Oak Lawn residents and homeowners.

Frank Caven’s vision
Frank Caven himself implemented the existing height zoning restrictions when he acquired the former single-family homes to create the current parking lots in order to protect the surrounding neighborhood. Ed Oakley and Mike Ablon want to throw out this protective zoning, repeatedly stating that their current redevelopment plan is the only way forward, with no further discussion. No alternate plans have been presented that preserve some of these bars.

“Take it all or lose them all” is their only position.

This sad situation forcing everyone to choose sides between two bad options is entirely their creation.

Ed Oakley and Mike Ablon also deliberately created intense division within the Dallas LGBTQ+, community claiming these four bars are “the gayborhood” and that anyone not accepting their only redevelopment plan is “anti-LGBTQ+.”We need to come together and listen to each other to do what’s best for all of us and not deliberately divide and create hostility.

The future of our gayborhood
We can’t stop change, but we can stop reckless redevelopment that lasts generations. Projects like this set precedents that will domino across Oak Lawn and surrounding neighborhoods, putting the future of Oak Lawn at risk from other poorly-planned redevelopment.

The choice is clear to people living in Oak Lawn who call our gayborhood home. The buildings and bars have always changed, but the people and character remain largely unchanged.

Are we a city without development standards where developers and our elected officials abuse their power to build anything they want, anywhere they want, any way they want?

We think Dallas is better than that! Oak Lawn is definitely better than that! When people think of world-class cities with great urban redevelopment that encourages pedestrianism and walkability, we want them to think of Dallas … and Oak Lawn … and our gayborhood. Please support us by joining our