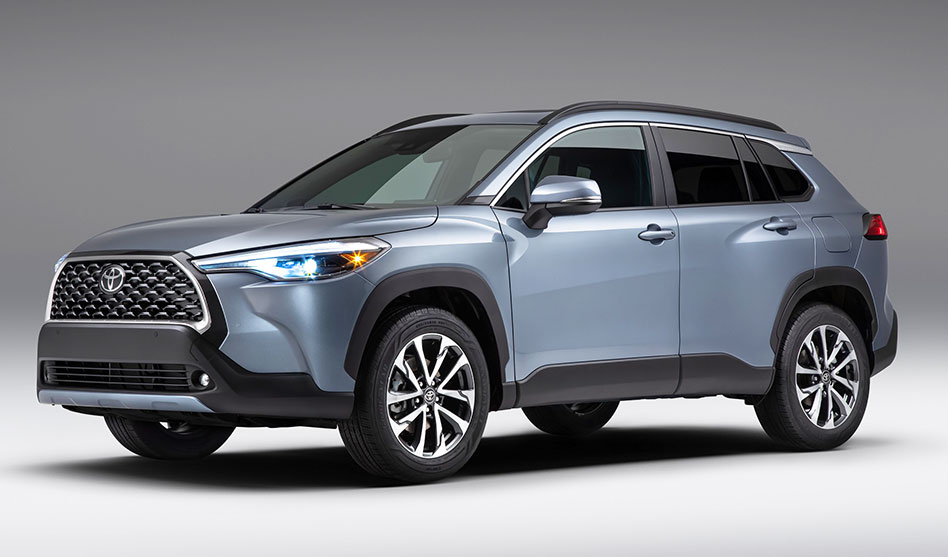 The Toyota Corolla is a fine automobile — even if not particularly exciting — with its affordable price, frugal gas mileage and renowned durability. You don’t buy one to be fancy; you buy one because it is a smart way to spend your money.

This latest one looks quite handsome as a sedan and hatchback, but today’s buyers want a crossover for style and utility. And that’s what they get with the 2022 Corolla Cross.

For years, the RAV4 was essentially a Corolla crossover, but the current version was moved up to the larger Camry architecture that’s shared with the similarly-sized Toyota Venza and Lexus RX. That gave Toyota room to slot in a more affordable model that still offers everything Corolla owners covet.

Exterior styling is handsome, if conservative — exactly what Corolla buyers seem to like. It looks strong with its bulging fenders, tall grille, wide hood and chiseled tail lamps. There’s some more youthful style, too, with the squinty LED headlamps and wide-stance 18-inch alloy wheels. Black roof rails with crossbars add legitimate utility to the design.

If you want something flashy, get a Lexus. But for most crossover shoppers, this design is spot-on.

More Corolla than Lexus, the Cross’ interior echoes the former and challenges the latter. Basic design is the same as the Corolla, with the infotainment screen sprouting from a contrasting-color padded dash, comfy heated front seats, leather-wrapped steering wheel and JBL audio. Ambient lighting hints at Lexus, as does wireless device charging, dual-zone automatic climate control and Apple/Android connectivity (though, you’ll still need a cable).

Back seats are a little tight on legroom, but kids won’t care. 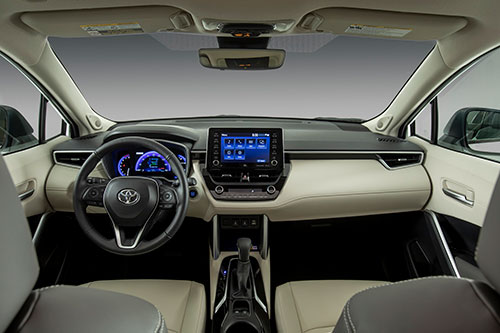 Looking at the specs, they look appropriate for a Corolla crossover. It hits the road with a 2.0-liter four-cylinder engine connected to a continuously variable automatic transmission. The combination nets a peppy 169 horsepower and 150 lb.-ft. of torque. We added all-wheel-drive, so it has excellent snow and wet weather traction. We’ll call its acceleration “confident” if not enthusiastic. In everyday driving and long distance cruising, it’s fine. Fuel economy rates 29/32-MPG city/highway.

Out on the road, my 8-year-old daughter said it was “peaceful.” I would agree. Riding on a four-wheel independent suspension that glides over rough pavement, it’s nearly as comfortable as the Lexus NX we recently tested. Sound insulation works, and the CVT is pretty tame as long as you use a lighter throttle.

Engineers dialed in the right amount of heft to the electric power steering system. It’s not a performance car, but hits its target owner accurately.

Toyota had the sci-fi Corolla-based CH-R in its line-up, but buyers wanted a crossover that’s more normal while remaining affordable. That’s exactly what they get with the Corolla Cross — a crossover that is everything expected in a Corolla, but so much more. A very affordable base price of $22,195 rose to $33,550 fully optioned. Competitors include the Chevy Equinox, Honda HR-V, Nissan Rogue Sport, and Subaru Crosstrek.