Northaven’s having none of it 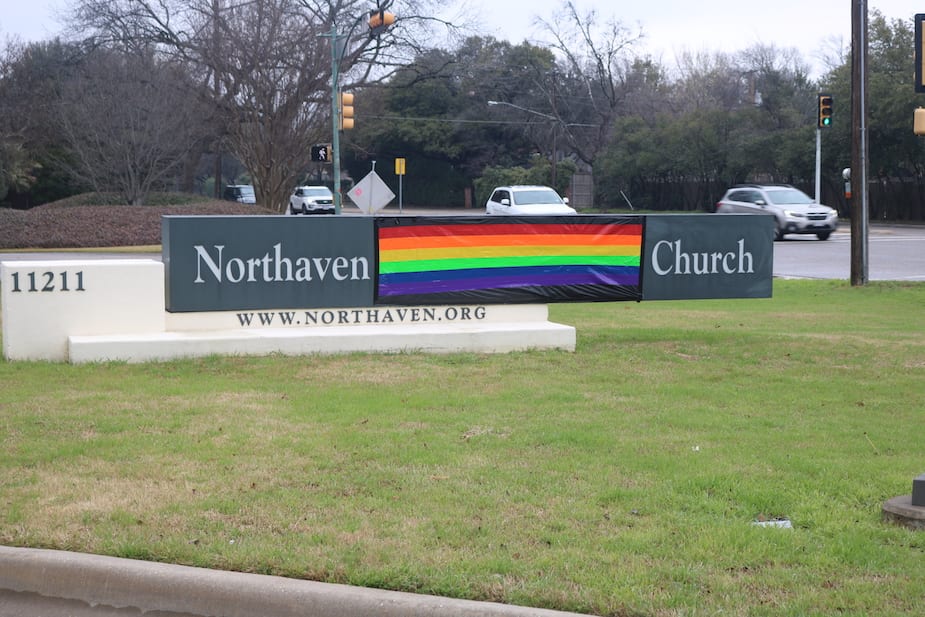 Northaven United Methodist Church covered “United Methodist” on the large sign facing Preston Road with a Pride flag to protest the decision made last week by the church to discriminate against LGBT members.

At its general conference, the church voted to retain the wording in its Book of Discipline declaring that homosexuality is not acceptable so same-sex couples may not marry in the church, and LGBT members may not be clergy.

Two years ago, Northaven’s members voted almost unanimously to allow same-sex weddings at the church. A plan rejected by the General Conference would have allowed those pastors and churches that wanted to ordain LGBT clergy and marry same-sex couples do so without repercussions from the denomination.

Soper acknowledged that she could be charged and sanctioned as she continues to support her LGBT members. She expects that in the Dallas diocese, the sanctions would be minor, because the bishop stands on the side of equality.

Soper acknowledged ways that information might get to other churches and said the congregation might keep pictures of weddings at the church off social media. In the Methodist Church, anyone may file charges against a pastor. In the case of same-sex weddings, charges usually originate in another congregation that doesn’t support the practice.

While the hundreds of people in attendance at Northaven on Sunday showed support for their pastor, their comments and questions indicated they were worried about her, and some questioned whether they should remain affiliated with the Methodist Church.

Leaving the church is an option for the congregation, but, Soper said, not something that can happen quickly. Her salary and pension are paid through the denomination, as is the mortgage on the building. The Methodist Church is working to resolve those issues because large groups of churches, especially in the Northwest, are considering leaving.

Soper said there are some options that would protect the church even within the Methodist Church, and they are exploring them. She said she’s also waiting to see how the Judicial Council, the church’s judicial branch, rules on the path voted at the general conference. The body has already indicated it will find the option chosen to be unconstitutional. 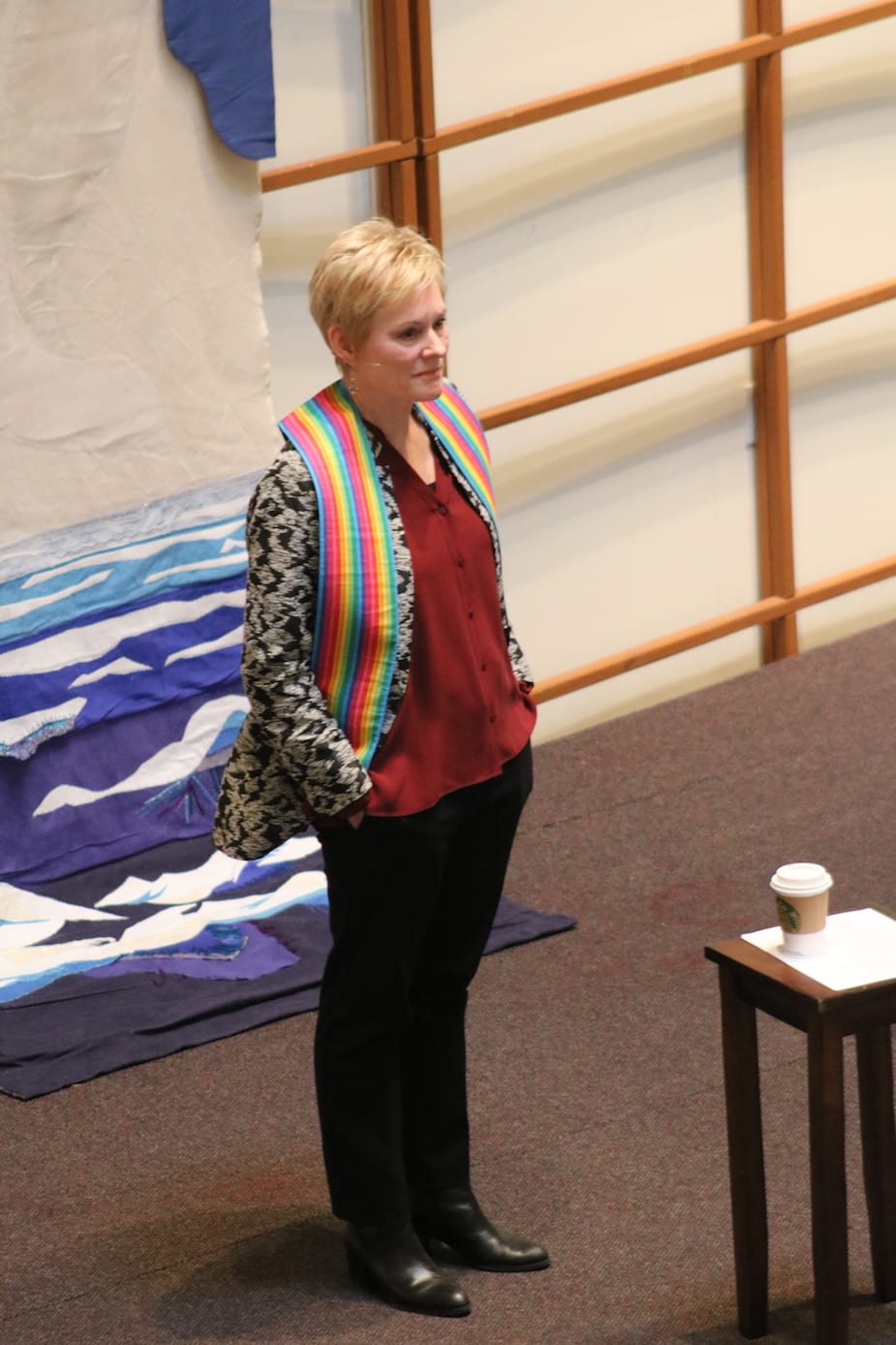 The Rev. Marti Soper listened to member concerns and fielded questions from her congregation on Sunday, March 2. 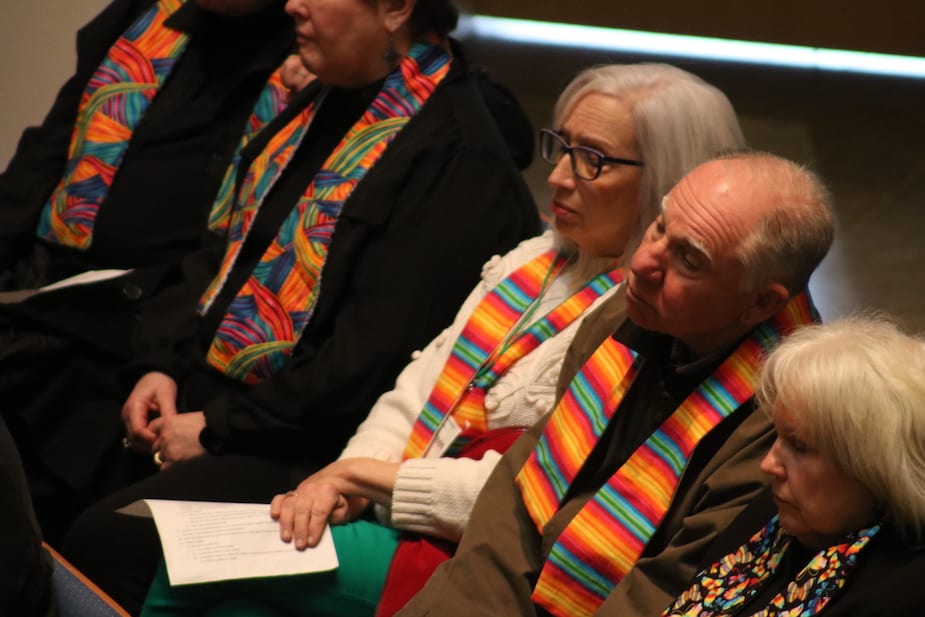