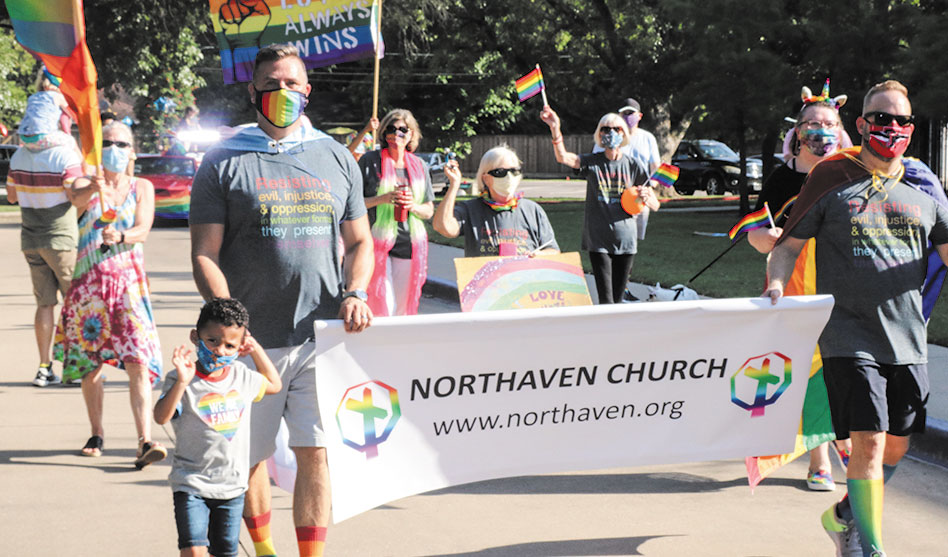 Northaven Church held its own socially-distanced Pride event several Sundays ago at its north Dallas campus. Several other groups, including Congregation Beth El Binah that meets at Northaven, and Pegasus Squares that meets at Grace UMC, were also represented in the Pride celebration.

According to Northaven pastor the Rev. Marti Soper, this was Northaven’s first Pride celebration. 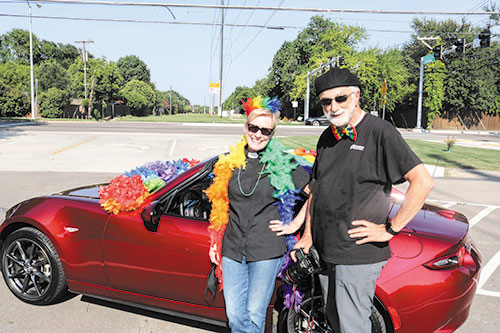 Several dozen members gathered to decorate their cars in rainbow colors and make several loops through the parking lot, onto Northaven Road, down Preston Road and back into the parking lot to repeat the route. One group marched with a Northaven banner, with marchers masked and trying to maintain some social distancing.

Soper said the Pride event was the first time since the lock down that the Northaven congregation has come together on the property for a joyous occasion; church members did, however, stage an outdoor Black Lives Matter protest after the May 25 death of George Floyd.

About Pride, Soper said, “It was important for us to come together in a way that was safe.” She called it a perfect event because it “captured our sense of joy and witnessed what we believe.”

Northaven has been one of the more prominent United Methodist churches in the Dallas area in the denomination’s split over the issue of ordaining gay clergy and performing wedding ceremonies for same-sex couples. The “United Methodist” on the Northaven sign has been covered by rainbow colors since the denomination voted to maintain its traditional plan at its worldwide conference a year ago. 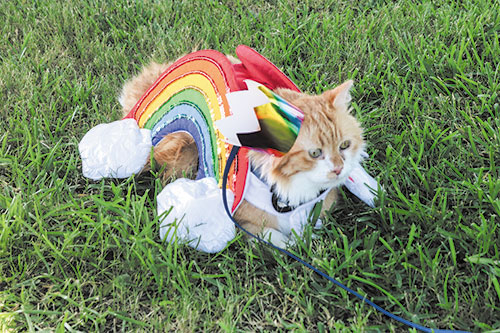 That rainbow sign has been ripped down several times in the last year. One Highland Park man was arrested after he was caught on church property destroying the sign. He has been charged with an anti-gay hate crime.

Some of the cars in the procession just waved small Pride flag banners. Others created more elaborate decorations for their cars. And one member even decorated her cat with rainbow regalia and then marched with the cat on a leash.

Soper and her husband Jack led the parade in their red convertible. Pastor, husband and car were all adorned in rainbow feathers. Soper said the Northaven Pride parade was the very first time she ever wore a clerical collar and that she felt it was appropriate that it was accessorized with a rainbow boa.
See more photos from Northaven’s Pride in this week’s Scene section.