No tie? No problem 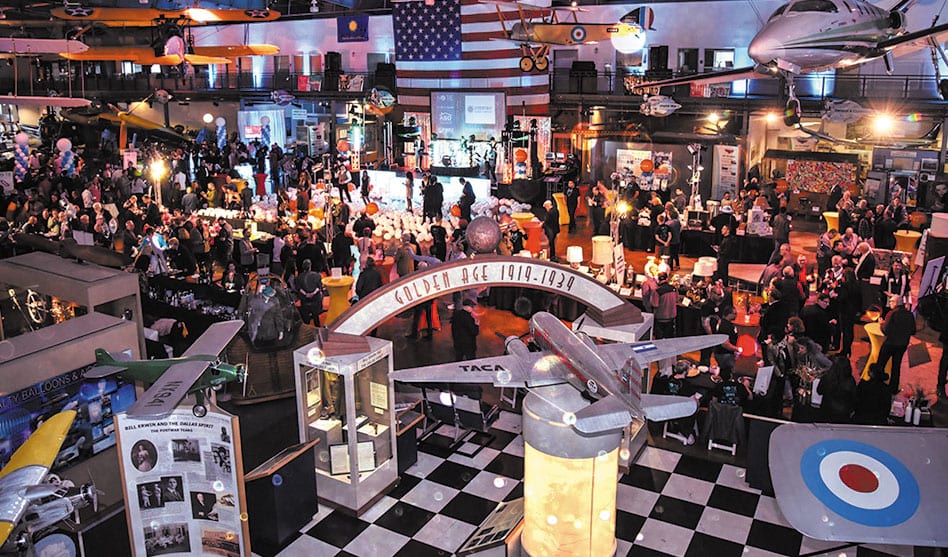 The 15th annual No Tie Dinner, one of AIDS Services of Dallas’ largest annual fundraising events, takes place on Saturday, April 6, with participants gathering at the Frontiers of Flight Museum following dinners at individual homes.

No Tie began as the casual alternative to Black Tie Dinner, according to its founders. “Have dinner with friends then join us for dessert” has long been the theme meant, stressing the informal atmosphere of the event.

Groups of people go to social gatherings before No Tie — anything from a seated dinner in someone’s house to a barbecue in a backyard to a casual potluck. The groups may be small or as large as 30 people.

After dinner, the group heads over to the Frontiers of Flight Museum on Lemmon Avenue at Love Field for dessert, drinks, entertainment and a silent auction. Admission is a $75 per person donation to AIDS Services of Dallas.

When former ASD CEO Don Maison referred to No Tie as the casual alternative to Black Tie, he said the name was never meant as a slap in the face to the large, seated dinner that benefits a variety of organizations throughout the LGBT community. The name was meant to be fun, and ASD was targeting a different audience, Maison explained.

But he was glad when the entire Black Tie board of directors showed up to the second or third No Tie Dinner and had a good time.

One staff member began looking at what other AIDS organizations around the country were doing. An HIV non-profit in the Carolinas was doing what Maison described as “Guess who’s coming to dinner. You didn’t know where you were going to have dinner.”

Starting with that concept, AID Services tweaked the idea so that people would go to dinner at someone’s house and then end up at one big event.

As Kershner remembers it, Maison threw the name No Tie Dinner out before they even formalized what the event would be.

Kershner said the formula they came up with was “the easiest thing to do. We’d drag in family and friends. We’re going to have dinner parties and then converge.”

The first year, No Tie was held at Southside on Lamar. The problem with the space was that the silent auction was held on the opposite side of the building from the main party.

“There was little signage,” Maison said. About 250 people attended, but that first event didn’t make much money. Kershner said it raised about $18,000.

The second year No Tie Dinner moved to the Frontiers of Flight Museum, and the event began to take off. That year, they raised about $36,000. The third year brought in $50,000, and the fourth raised about $100,000, Kershner recalled.

He also noticed that around the community big events had big sponsor parties. He hosted those for the first seven years.

At the end of 10 years, Kershner said, he told the board, “I’m out of friends and out of ideas.” But he still enjoys having friends over for dinner before heading over to the No Tie Dinner grand finale.

Maison said Frontiers of Flight Museum is a fun venue with exhibits that change all the time. The airplanes hanging from the ceiling just give the evening an interesting vibe. He also said it was accommodating to an event like No Tie.

The Frontiers of Flight Museum is one of the few venues in town that allows an organization to bring in its own catering and alcohol, helping the event to be profitable for ASD.

Traswell Livingston, interim president and CEO of ASD since Maison’s retirement in February, said this year there are 28 official dinners — including his own. He lives in the Fair Park historical district, and his party begins in the afternoon with a DJ in the backyard. A neighbor does one as well and the guests run back and forth between parties.

Livingston said he’s heard some of the dinners are on Friday night, and a couple were held last weekend. That way the individual dinner parties aren’t cut short, and on No Tie Dinner night, no one is rushed to get to the museum.

Volunteers are especially needed after the dinner is over. Because the party takes place on the floor of the museum, desert and silent auction tables, bars, stage, sound equipment and everything else has to be set up the day of the event. After the event, everything must be torn down before organizers leave.

Livingston said many ASD residents help with tear down, but other volunteers are always welcome to help.