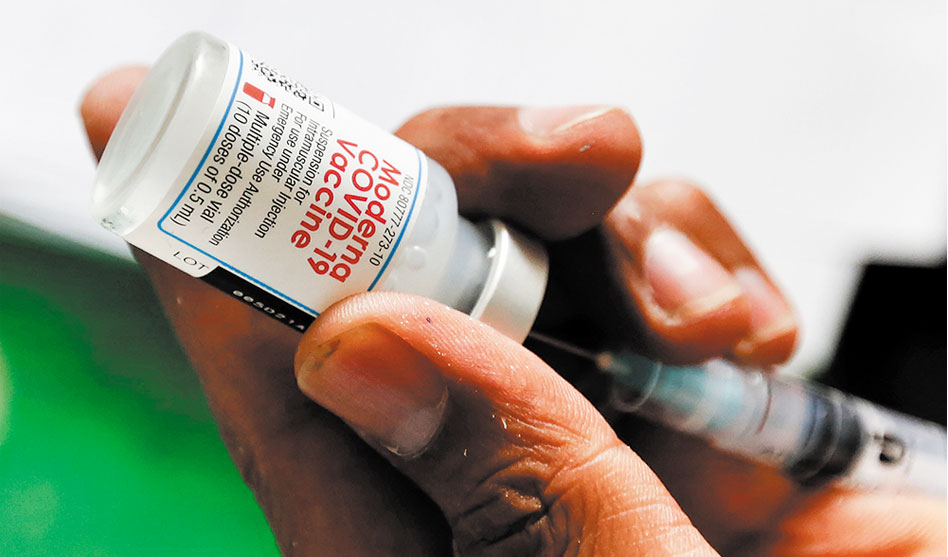 Moderna is basing its new HIV vaccine on mRNA technology, the same technology used in its COVID-19 vaccine. Neither vaccine includes any form of either the coronavirus on HIV. (K.M. Chaudary/Associated Press)

The new HIV vaccine Moderna is testing uses the same mRNA technology the pharmaceutical company uses in its COVID-19 vaccine. And the goal is to stimulate the patient’s immune system to create antibodies to the HIV virus.

The first phase of human trials will test the vaccine’s safety and see if the vaccine is producing an immune response.

An mRNA vaccine uses strands of mRNA to communicate to the immune system what to look for on the exterior surface of the virus that causes AIDS, prompting the immune system to produce antibodies that will fight off HIV in the future. The vaccine does not contain living HIV virus and can’t transmit the disease.

According to the Centers for Disease Control, many vaccines put a weakened or inactivated germ into our bodies to trigger an immune response. That’s not true for an mRNA vaccine.

“Instead, they teach our cells how to make a protein — or even just a piece of a protein — that triggers an immune response inside our bodies,” the CDC explains on its website. “That immune response, which produces antibodies, is what protects us from getting infected if the real virus enters our bodies.”

The COVID-19 mRNA vaccines include those made by Moderna and Pfizer. The Johnson & Johnson vaccine and the AstraZeneca (used widely around the world but still being tested in the U.S.) do not use this technology.

The mRNA vaccine for COVID that is injected into the upper arm muscle contains a harmless piece of the spike protein found on the surface of the COVID-19 virus.

Cells use it to make the protein piece. After the protein piece is made, the cell breaks down the instructions and gets rid of what was injected, according to the CDC.
Next, those cells display the protein piece on their surfaces. The immune system recognizes that the protein doesn’t belong there so it begins the immune response by making antibodies. That way, our bodies learn how to protect against future infection.

COVID-19 mRNA vaccines can’t give someone COVID-19. And they don’t affect or interact with our DNA in any way. The CDC says mRNA never enters the nucleus of the cell, which is where our genetic material is kept. The mRNA is simply a delivery system that the cell breaks down and gets rid of soon after it is finished using the instructions.

A number of attempts have been made over the years to create a traditional vaccine to protect against HIV. That has proven difficult because the virus invades and becomes part of the immune system’s T-cells so quickly. By using the new mRNA technology, Moderna hopes there will be a great enough immune response before the HIV virus invades the immune system and succeeds where previous vaccines have failed.

A portion of the vaccine has already been tested without using the mRNA technology. According to Popular Science, 97 percent of participants developed an immune response but not the full response needed to fight off HIV infection.

Moderna hopes its trial vaccine will produce a broader response to produce the antibodies needed to prevent HIV by using its mRNA technology. The technology is also being tested in cancer research in hopes mRNA can trigger an immune response to specific cancer cells.