New RuPaul series, ‘AJ and the Queen,’ coming to Netflix in January 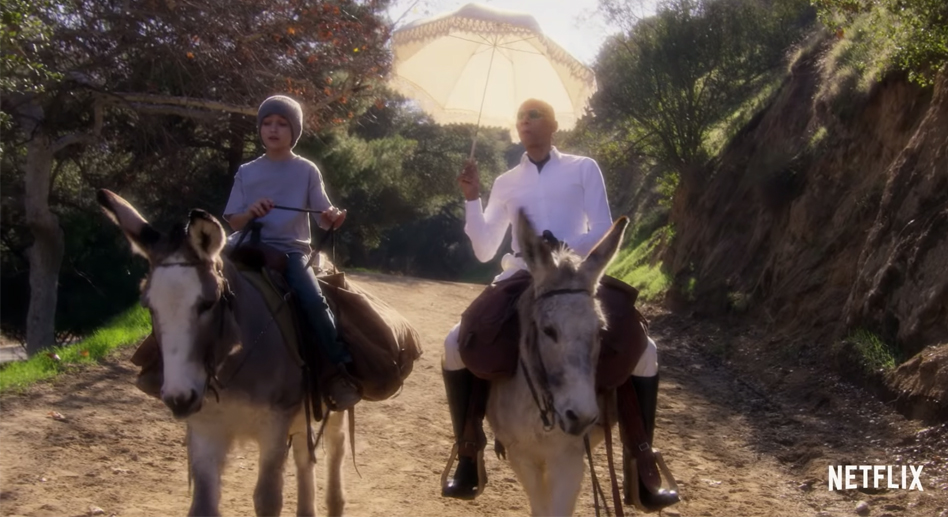 Izzy G is AJ and RuPaul is Ruby Red in the new Netflix series ‘AJ and the Queen,’ premiering Jan 10.

“A down-on-her-luck drag queen traveling across America in an RV with a tough-talking 10-year-old stowaway.”

What more could you ask for in a new Netflix scripted series?

But if that is not enough, how’s this: Said drag queen, Ruby Red, is played by none other than the legendary RuPaul — who, by the way, also happens to be a writer and co-executive producer, along with Emmy winner Patrick Michael King of Sex and the City, The Comeback and 2 Broke Girls fame.

The premise is that Ruby has been saving up throughout her career to one day open a club of her own. But when she “retires” from the stage and is getting ready to do just that, her no-good boyfriend runs off with the money, leaving Ruby to, at the advice of a friend, get an RV and set out on a cross-country tour of every drag dive bar she can find. AJ, who’s mother “isn’t doing well,” hides out in the RV and gets to go along for the ride.

And it looks to be a wild — and funny — ride indeed. Watch the trailer below.