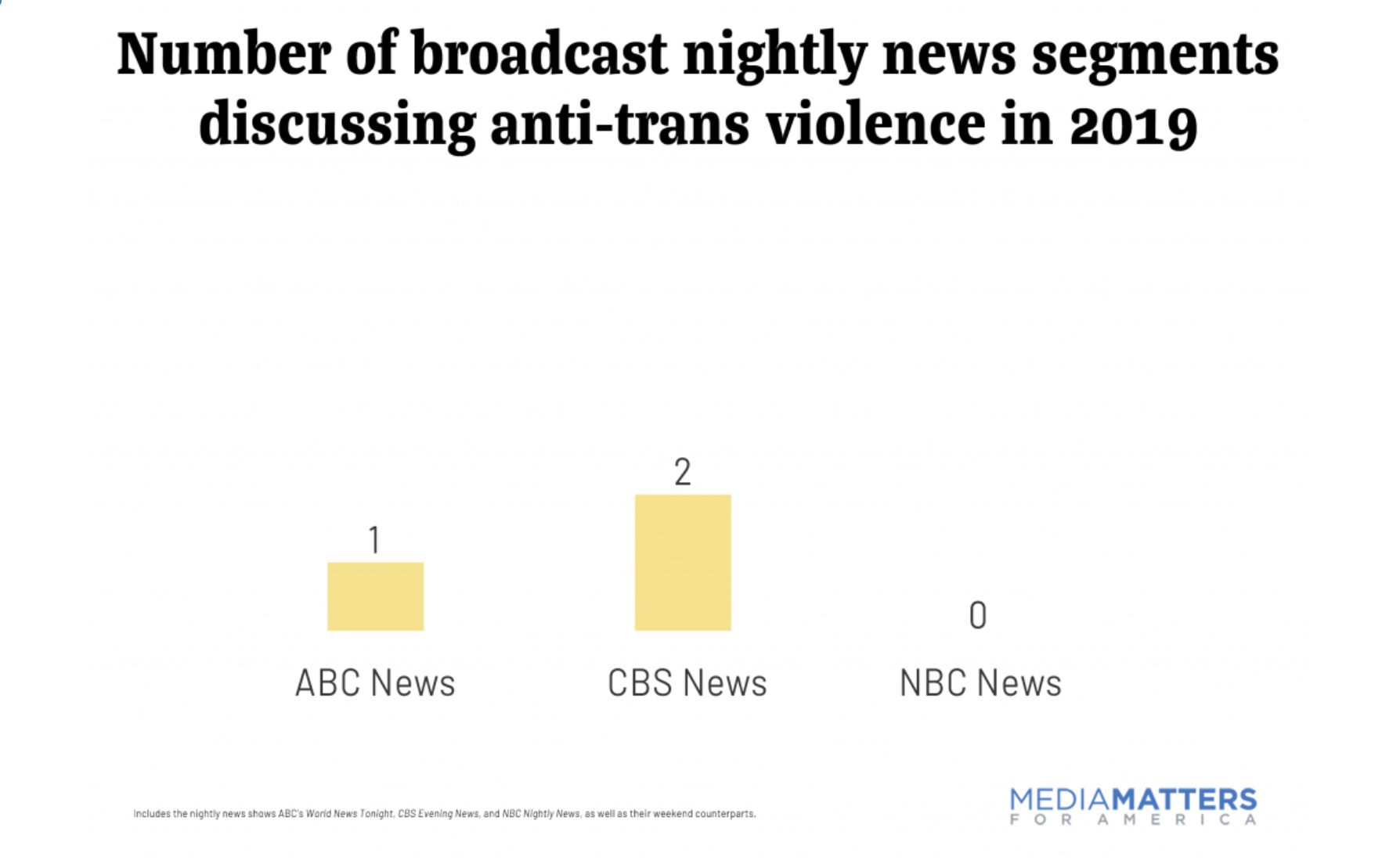 In a new report, Media Matters found that TV news spent less than 20 minutes reporting on violence against the transgender community of color in 2019. That’s 20 minutes total for ABC, CBS, NBC, Fox News, CNN and MSNBC. For the three cable news networks, that included all coverage between 5 p.m. and midnight.

Out of 13 total segments aired, only four mentioned a slain person by name. Although the report doesn’t specify, the name mentioned in the reports was that of Dallas resident Muhlaysia Booker whose attack and subsequent murder was the most widely covered trans murder.

The report doesn’t include local news coverage, which was extensive in Dallas. And it doesn’t include an Oct. 10 CNN town hall on the subject. At that event, presidential candidates discussed anti-trans violence for a total of 15 minutes.

NBC was singled out for not mentioning anti-transgender violence on its broadcast network or MSNBC news shows. At all in 2019.

CNN discussed it the most — four times the others combined, but no broadcast or cable network included a trans guest to discuss the violence.

In one Fox News segment, Tucker Carlson claimed Democrats were getting too extreme on trans issues. He didn’t mention the alarming number of murders or the brutality of some of the murders, but the concept of people shouldn’t get murdered, to him, is extremist.

PBS New Hour reported on anti-trans violence for 9 minutes and 17 seconds in 2019, more than the three broadcast networks combined.