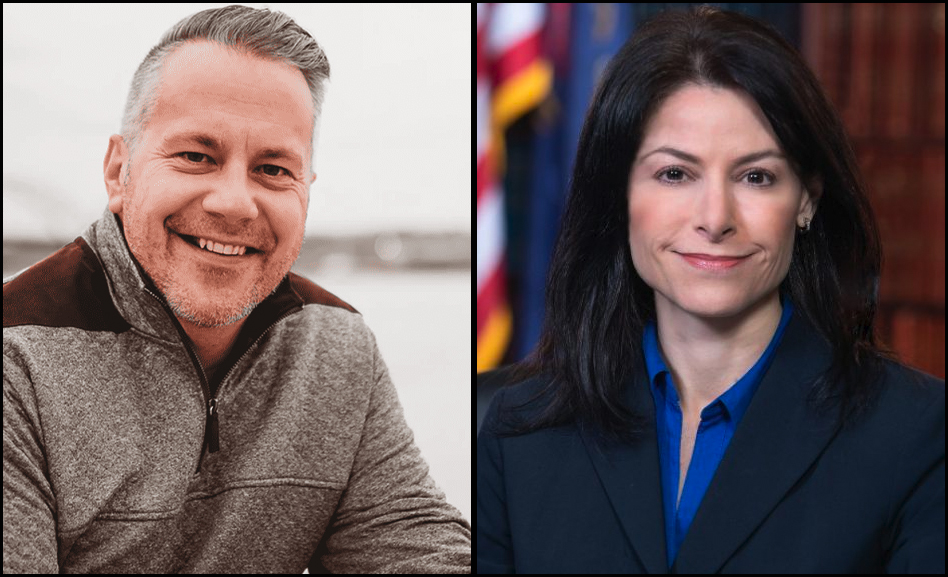 Michigan Attorney General Dana Nessel, an out lesbian, defeated Republican challenger Matthew DePerno by a margin of 52 percent to 45 percent.

Victory Fund, which had backed Nessel’s reelection campaign, said in an email Wednesday morning, Nov. 9, “This could have been a travesty for Michigan. Dana’s opponent used lies about the 2020 election to ask voters for donations, allegedly scamming thousands of dollars from people across the U.S. If elected, he would have used his position to erode trust in democratic institutions.

“But Dana told the truth and vowed to protect the right to choose and support LGBTQ equality,” the email continued. “Her excellent record spoke for itself, and Michigan voters knew Dana would keep fighting for them.”

In Illinois, popular meteorologist Eric Sorensen became the first openly LGBTQ person elected to Congress from Illinois, defeating Republican Esther Joy King in House District 17. Victory Fund President and CEO Annise Parker said, ““Eric shattered a rainbow ceiling and it could not come at a more important moment — when LGBTQ equality and abortion rights are on the chopping block in every corner of the nation, including in Congress.

“Eric spent the last two decades keeping his local community safe by telling the truth and promoting a data-first approach to policy,” Parker continued. “His success tonight is a testament to the grassroots support he energized, as well as a highly effective ground game focused on candid conversations about how to make our government work better for all Americans. Eric’s pro-equality and pro-choice leadership will be critical to the future of our fundamental rights and freedoms.”