Ned Rorem, composer and writer who outed famous musicians in his published prose, dead at 99 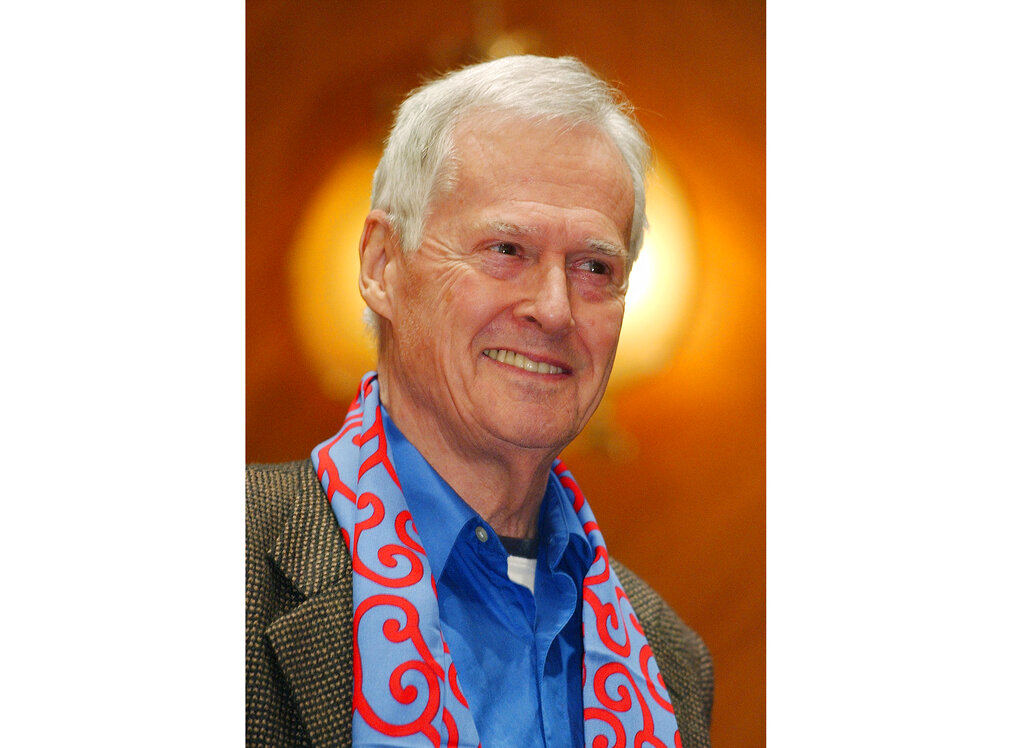 FILE – American composer Ned Rorem at the Curtis Institute of Music in Philadelphia in 2003. Known for his vast output of compositions and scandalous prose, died Friday at 99. (AP Photo/Jessica Griffin, File)

NEW YORK (AP) — Ned Rorem, the prolific Pulitzer- and Grammy-winning musician known for his vast output of compositions and for his barbed and sometimes scandalous prose, died Friday at 99.

The news was confirmed by a publicist for his longtime music publisher, Boosey & Hawkes, who said he died of natural causes at his home on Manhattan’s Upper West Side.

Rorem produced a thousand-work catalog ranging from symphonies and operas to solo instrumental, chamber and vocal music, in addition to 16 books. He also contributed to the score for the Al Pacino-starring film Panic in Needle Park.

He won the 1976 Pulitzer for his Air Music: Ten Etudes for Orchestra. The 1989 Grammy for outstanding orchestral recording went to The Atlanta Symphony for Rorem’s “String Symphony, Sunday Morning, and Eagles.”

Born in Richmond, Indiana, Rorem was the son of C. Rufus Rorem, whose ideas in the 1930s were the basis for the Blue Cross and Blue Shield insurance plans and who turned to Quaker philosophy, raising his son as a pacifist.

The younger Rorem went to day school at the elite University of Chicago Laboratory Schools. He went on to study at the American Conservatory of Music in Hammond, Indiana, and Northwestern University in Evanston, Illinois, then the Curtis Institute in Philadelphia and the Juilliard School in New York.

The Paris Diary covers his stay there and is filled with famous names of people he met — Jean Cocteau, Francis Poulenc, Balthus, Salvador Dali, Paul Bowles, John Cage, Man Ray and James Baldwin. The late writer Janet Flanner called it “worldly, intelligent, licentious, highly indiscreet.” Rorem himself said his text was “filled with drunkenness, sex, and the talk of my betters.”

His literary self-portrait continued through 1985, contained in The New York Diary, The Later Diaries and The Nantucket Diary.

Some were appalled by Rorem’s notorious accounting of his relationships with four big-name men in music: Leonard Bernstein, Noel Coward, Samuel Barber and Virgil Thomson. He also outed a few others.

But most of his private life was centered on James Holmes, an organist and choir director with whom he lived for three decades in New York City. Holmes died in 1999. A statement from Boosey & Hawkes said Rorem died surrounded by friends and family and is survived by six nieces and nephews and eleven grandnieces and grandnephews.