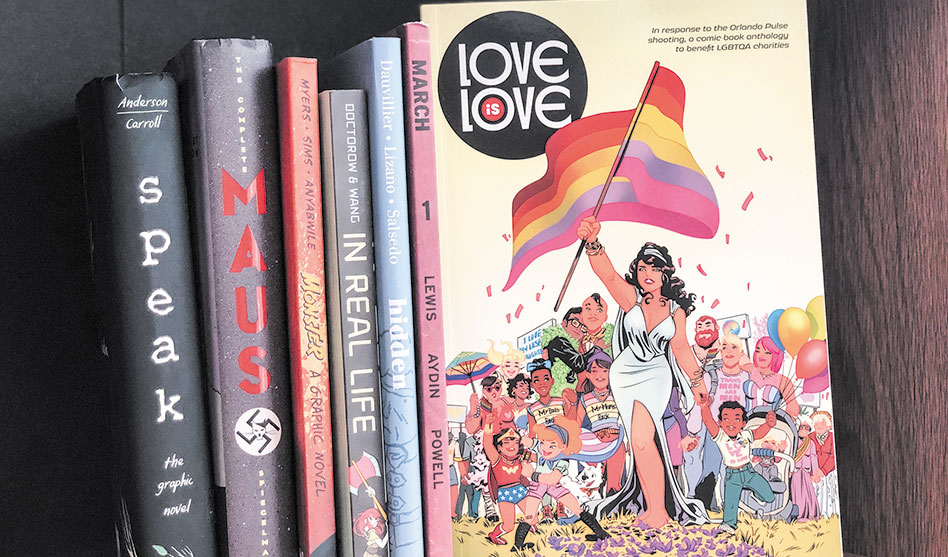 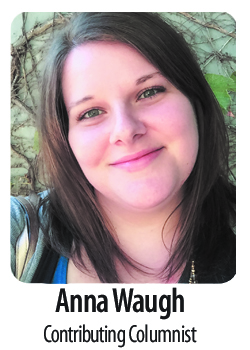 Staff at the Irving Independent School District have gone silent regarding an incident of censorship that started nearly two years ago with removing books and banning them from the district curriculum and continues to this day with bookmarked pages district leadership deems inappropriate for high school students to consume.

Yet in the work Carol Revelle and I have done since this, it’s become clear through reflection and introspection that blind loyalty to a district and fear of speaking out and facing termination are factors in remaining silent about censorship, especially when LGBT titles are still considered controversial by many in leadership.

It started in March 2018 when two teachers — Revelle and I — planned a graphic novel unit around social justice with four other English I teachers at Irving High School. The graphic novels chosen covered topics of poverty, the prison industrial complex, bullying, sexual assault and civil and LGBT rights. It included Maus by Art Spiegelman, Speak by Laurie Halse Anderson, Monster by Walter Dean Myers, Hidden by Loïc Dauvillier,

In Real Life by Cory Doctorow and Jen Wang, March by John Lewis, and Love is Love edited by Marc Andreyko.

Revelle and I feared Love is Love would cause issues because it featured the LGBT community, an area where many books face banning and challenges according to the American Library Association, which tracks censorship. 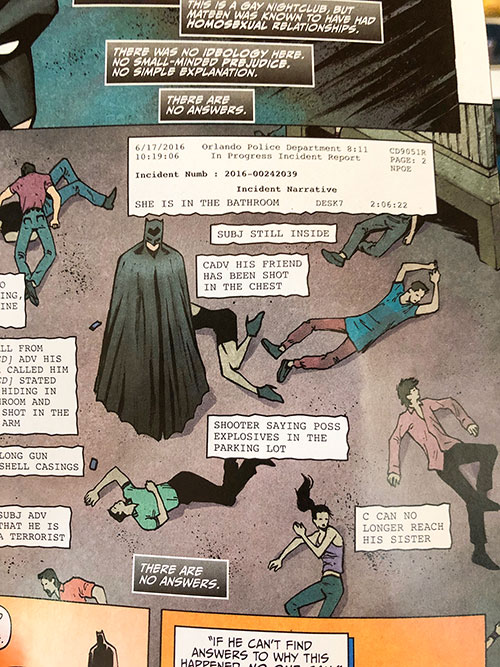 As an openly LGBT educator, I felt ashamed that I had questioned the graphic novel’s inclusion in the unit, because it is important for LGBT students to learn about their history. Love is Love is a graphic novel anthology featuring thematically linked panels about love, acceptance and healing created after the 2016 mass shooting at Pulse nightclub in Orlando that left 49 dead and 53 injured.

After the funds for the project were secured through a grant by the Irving Schools Foundation, the books were ordered. Only after the books were received and we were covering the paperback books so they would last longer did the principal enter our meeting to inform the English I team that there had been a complaint and that the books would be removed.

This was two days before the unit was set to begin in late April 2018. At the end of the school year, the principal sat down with Revelle and me to inform us that the committee, comprised mostly of librarians (committee list provided at Resource Center Dallas’ request) had decided based on the facts that it had no formal reviews, was in paperback-only format and had “mature content” that Love is Love would not be used.

Yet rumors circulated around central office, the curriulum staff talked about it being “the gay book,” and even one of Irving High School’s then-librarians referred to its “extreme homosexuality” as being the mature content the committee took issue with, as she had spoken to libraian friends who had served on the committee. The content was the reason the Irving High librarian said she wouldn’t put it in the school library.

In July of 2019, Irving High teacher Cecelia Holden reached out to Book Riot after the site picked up the Dallas Voice article about the ban. She told them the books were returned to teachers’ classrooms for students to read “on their own time,” confirming that the graphic novel set was still prohibited from the district curriculum. She claimed the violent images were what made Love is Love and other graphic novels “bookmarked” for their content.

“All of the graphic novels were returned from being reviewed with bookmarked pages of inappropriate images or text. What caused Love is Love to be removed from the curriculum was the GRAPHIC violence depicted at the Pulse shooting. Monster was flagged for language, Speak for sexual content,” Holden told Book Riot.

Yet in meetings with the principal, and when I reached out to Resource Center’s Rafael McDonnell and he met with state Rep. Rafael Anchia, former Irving ISD superintendent Dr. Parra, and Irving ISD’s legal counsel, that’s the only book that was discussed for censoring and eventual banning, as the legal counsel explained in a letter stating that the Love is Love books had been returned.

But according to Holden, the books remained.

Holden’s use of the term “graphic” violence is not only confusing, it’s distrurbing. Revelle and I combed through that novel dozens of times to find any inappropriate or questionable material. What we found were a few images that were geared toward mature readers, which the novel’s back cover suggests. High school students fall under this category.

There’s an image of a bloody couple, still clinging onto each other as the police drape a sheet over them; images of Batman walking through the Pulse aftermath wondering how anyone can stop the hatred that caused the shooting (pictured).

These images were simplistic and more representational than graphic. Other images celebrated love and the diversity of the LGBT community while a few panels use the word “faggot” as a way to teach readers how not to use hateful language.

The images in the text detail a horribly tragic and shocking event where hatred once again caused. Those in the LGBT community to fear for their safety and seek healing.

Holden did not respond to a message on Facebook asking her to clarify her comments. Therefore questions still linger, such as the ones I emailed to Nicole Mansell, Irving ISD’s executive director of communications and marketing, in September.

The questions I posed were: Why were the books initially removed? Which books are bookmarked or flagged? What do these flags look like? Are pages removed? What was the reasoning behind the bookmarking or flagging? When and why was the decision made to return the books for in-class choice reading only? Could the graphic novels be added to the curriculum in the future? Why or why not? What specific panels are graphically violent in Love is Love?

Mansell had previously sent a statement to Yahoo Lifestyle about the story, denying any books were “banned” and claiming no “recommendations were ever made to pull, ban or censor any books” by the “district librarians.” This is untrue.

I emailed Mansell the questions listed above in September and sent a follow-up email again at the end of September. She never responded.

Magda Hernández was named Irving ISD superintendent in December of 2018. After Mansell did not respond to two seperate emails, I emailed Hernández directly to inquire about the banning and marked pages in October. She also did not reply.

“Based on the summary provided by the review committee and a letter provided by the district council, it was determined by previous district leadership that the books would not be required reading,” yet the statement Holden sent to Yahoo Lifestyle states, “[H]owever, all the books, including Love is Love were made available for student self-selection in the teacher’s classrooms during the 2018-2019 academic year and remain accessible.”
Mansell’s concern seems misplaced, as if the censoring occurred in the library and not the classroom, mentioning in the statement that there are 1,500 LGBT books in the district. Her statement ended with “No recommendations were ever made to pull, ban or censor any books by the Irving ISD Library Services department or any Irving ISD librarian. Irving ISD is a forward thinking, inclusive district where all student voices are represented.”

This is untrue. It is a lie. That “review committee,” as Mansell calls it in the statement, consisted of these people: the division director of curriculum and instruction, the director of digital learning and learning resources, the library services coordinator with 18 years as a librarian and a high school librarian with 13 years of librarian experience.

So librarians were involved in the banning texts from a classroom curriculum, which is somehow justified because the materials would still be available for students to independently find and read as choice reading. But still they supported the curriculum ban.

Their fear of reprisals or fear of taking a stand to fight for the book is inexcusable. As a masters of library science student, I am ashamed I worked for a district where this happened.

One of my professors called librarianship a radical procession during my first semester. And that has stuck with me in times when I have wondered about how these librarians could lend their voices to the suppression of ideas and views for all by supporting the censorship, now about more books than Love is Love. They failed not only students, they failed the profession.

Revelle and I fought the ban once we secured other jobs, making a formal fight with the Comic Book Legal Defence League impossible. But we used the experience to continue to find answers. Now that the district has gone silent, it’s clear that nothing will change unless more voices speak up.

After this incident a new curriculum policy was created to include a six-week review process with an application to get a book on the district’s approved list instead of allowing teachers to use their judgment as professionals in their field to choose books and texts for the unique needs of the students in their classes. This is a lasting effect from this graphic novel censorship event.

So it is no wonder there are no return emails; there is simply too much damage control to be done. It’s better to simply stay quiet and hope everyone forgets about the poorly-handled the censorship revealed the district’s bias.

Because it is censoring. Censoring about a repulsive night of anti-LGBT and anti-Hispanic hate as the shooter targeted the clubgoers specifically on Latin Night. When we censor, we lose our ability to transfer the coverage we see on the news to the devastating pain, sadness and eventual healing that art inspires.

While Irving ISD is behind the times, the city of Irving is moving forward: The city of Irving scored a 32 on the Human Rights Campaign’s 2018 Municipal Equality Index, which rates various cities in each state on inclusive policies and leadership positions, such as having an LGBT police liaison. That was a considerable improvement over the score of six the city had received previous year and the zero it scored back in 2015.

Rafael McDonnell worked with the city to get some protections put into place, such as its LGBT city and police liaisons. It’s now the only suburb in North Texas with an LGBT police liaison. And the city itself has an inclusive nondiscrimination policy for city employees.

When McDonnell met with city leaders, he said they appeared embarrassed to not have the protections in place, adding that while the city is moving forward, the school district needs to follow suit. So while school leaders view the district as conservative, in actuality, the district’s city is becoming more open and accepting while the school district lags behind, refusing to work with McDonnell and add LGBT-inclusive protections for students since they are not covered at the federal level.

As a new decade has just begun, we are reminded that we just ended a decade in which more than half of the 10 deadliest shootings in United States history took place, according to CNN, the Pulse shooting being among them. Not only are the rights of LGBT people expanding, so is the hate. And to not allow students to fully reflect and absorb the effects of that violence may hinder their development into accepting, empathetic adults.

To fight the continued censorship, students, parents, staff and faculty and city of Irving residents can contact the school board members and insist on more LGBT representation in the curriculum and request a change to the policy that ties the hands of teachers that want to make LGBT texts a part of their curriculum.

Anna Waugh is a lesbian high school English teacher in DFW and is a masters of library science student at Texas Woman’s University. She can be reached at annamwaugh@gmail.com. 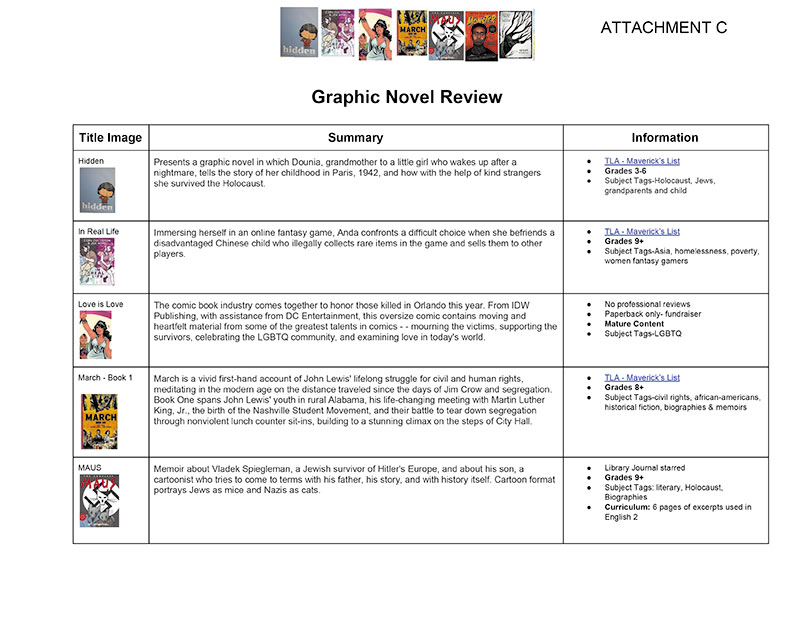 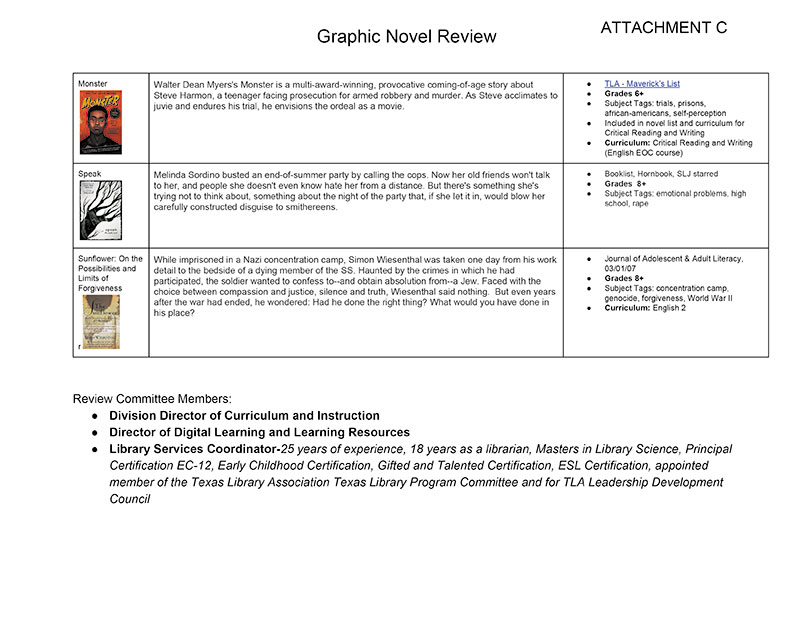