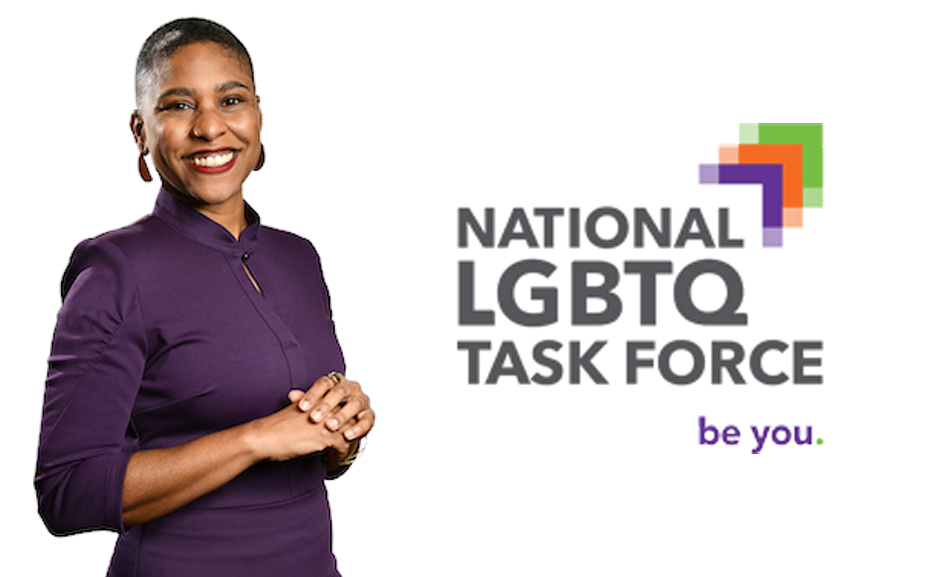 Officials with the National LGBTQ Task Force announced Thursday, Oct. 20, that the organization has retained LGBTQ-owned and -operated media, communications and event firms We Are Rally and Lucky Break to guide the Task Force in its 50th anniversary year.

The Task Force’s  anniversary will officially kick off at the organization’s Creating Change conference, set for Feb. 17-21 at the Hilton San Francisco Union Square. This will be the first Creating Change in which participants will gather in person since 2020.

The Task Force will mark its half-century anniversary with a year-long recognition and celebration. The organization was founded in 1973 and has played a critical role in the fight for LGBTQ equality, “always as an uncompromising progressive queer voice in the LGBTQ+ community and a queer, intersectional leader in progressive movements,” a press release noted.

The Task Force’s executive director, Kierra Johnson, said, “The National LGBTQ Task Force has been making history for half a century, and we will honor that legacy as we look to the next 50 years.

“The Task Force has played an important role in queer liberation from the earliest days of our movement, from being an effective advocate for the removal of homosexuality as a mental illness in the Diagnostic and Statistical Manual of Mental Disorders by the American Psychiatric Association in 1973, our long and successful fight for the abolition of sodomy laws, organizing and participating in historic events like the first ever meeting of LGBTQ+ activists with the Carter administration in 1977 and facilitating grass roots movement building at our annual Creating Change conference,” Johnson continued. “Our decades of work on issues, at the policy level and in the streets, has always been inclusive and intersectional on issues ranging from marriage equality to the rights of the trans community to racial and gender equity.”

Johnson said that in 1973, the LGBTQ community “experienced an expansion of our civil and human rights. But it wasn’t enough then, and it isn’t enough now. From the current extremism playing out in state legislatures to the crumbling and stalled federal protections of the most vulnerable, it is clear that our democracy and our humanity are under attack. Our work is far from done but our liberation is written in the stars.”
She added, “We are the progeny of freedom fighters and rabble rousers, of magic makers and forgers of new paths. With us, the legacy continues. I cannot wait to see the ways our anniversary year offers opportunities to gather, learn, share and grow as a community. Our history is too often erased, and it is our responsibility to honor those who came before us and work together to dream about how we will continue the movement towards liberation.”

Manny Rivera, principle at Rally, said, “We are honored and excited to join the National LGBTQ Task Force, and help celebrate a 50 year legacy of advancing freedom, justice and equality for LGBTQ people. Our firm has deep roots working on issues of importance to the LGBTQ community. Through this new partnership, we are excited to recognize the progress of the movement, while setting the groundwork for another momentous 50 years for the Task Force.”

And Mike Stommel, founder of Lucky Break PR, noted, “What an honor to be part of such a momentous anniversary for an organization that has contributed so much towards the fight for LGBTQ+ equality. We look forward to increasing the visibility surrounding the Task Force’s fifty-years of advocacy while helping to lay the foundation for another fifty-years of stewardship fighting for and protecting our hard-won rights and those rights we have yet to achieve.”