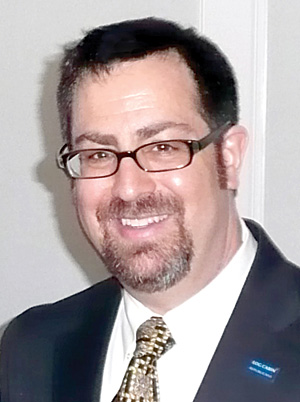 Saying that the leadership of Log Cabin Republicans of Dallas, especially longtime chapter president Rob Schlein, have “engaged in a consistent pattern of behavior that detracts from the mission of our organization,” national Log Cabin Executive Director R. Clarke Cooper announced this week that the previous Dallas chapter has been de-chartered, and a new chapter created.

“After all due consideration and efforts at reconciliation, the [LCR national] board of directors have decided to begin anew, ensuring that our mission of fighting for freedom can be at its strongest in Dallas and across the country,” Cooper said in a statement released late Wednesday, Oct. 12.

Clarke said that a new Dallas chapter has already been chartered and will be led by Thomas Purdy as president and a new board.

Schlein said Thursday, Oct. 13, that he “didn’t see it coming at all. I knew yesterday that something was cooking, and I got the official word this morning.”

Schlein said he believes “the Dallas chapter was kicked out after inviting [GOProud co-founders] Chris Barron and Jimmy LaSalvia to speak at our [upcoming] Grand Old Party.

“We will continue to work on behalf of gay conservatives in Dallas, and the Grand Old Party dinner will go on,” Schlein added. “We are looking forward to putting on a great event with Chris Barron and Jimmy LaSalvia as our guest speakers.”

Barron and LaSalvia, former Log Cabin staffers, started GOProud in early 2009 after leaving Log Cabin because they considered it too centrist.

By last Thursday, Schlein had announced the creation of Metroplex Republicans in an email, saying that he and others in the original Log Cabin Dallas had already been considering disaffiliating with the national organization because of its more centrist views.

He said those members had been prepared to ask the national board for a hearing to “air our grievances” when the national board “pre-empted us” by dechartering the chapter. “A clear majority of our local board wanted a resolution that would keep us under the LCR umbrella. That said, it takes two to tango,” Schlein said.

He criticized the national board for “hand-selecting” Purdy as president of the new chapter rather than waiting “two months for  elections.” And he noted that the local group had started some 30 years ago as “Metroplex Republicans” before affiliating with Log Cabin in 1995.

“This should be seen as an opportunity to grow as we can reach more Republicans in Dallas,” Schlein said. “Our club will continue to welcome those Republicans of all varieties, including gay, straight, black, Hispanic, Asian.”

He said the national board felt that Schlein had refused to adhere to the national organization’s bylaws and follow its direction: “Essentially, the national board of directors has decided to switch out the leadership of the Dallas chapter, and the only means they had of doing that was to decharter the chapter.”

Purdy said “a handful of members” from the previous chapter “chose to pursue a new charter.”

Purdy said his first order of business as president of the newly chartered Dallas LCR chapter will be to “regroup with a new board” and then “draw up some strategic imperatives. … Our main objective for existing is to really foster a more inclusive environment within the Republican Party. That’s where we will focus our efforts.”

While Cooper pointed to “a consistent pattern of behavior” that led to Schlein’s ouster, Schlein said Thursday he believes “the catalyst for dechartering us” was his decision to invite Barron and LaSalvia to speak at the Grand Old Party.

He said “personal rivalries” between the national leaders of Log Cabin and GOProud led the national LCR board to move against him.

Schlein said, “I think it is sad, a real shame, that the two groups that represent gay conservatives can’t work together just because they attack the issues from different perspectives.”