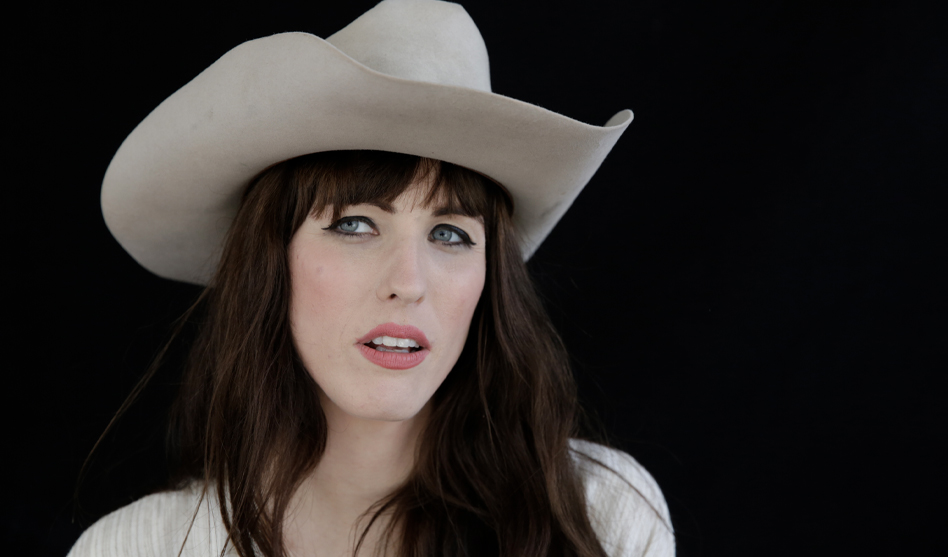 One thing’s for certain, Nashville’s not what it used to be.

While there have probably always been LGBTQ folks in Music City, with each passing year (or maybe even minute), that community is becoming increasingly more visible, thanks in part to artists such as the newly-out singer/songwriter Jaime Wyatt, a distinguished artist whose hard scrabble life has led to sobriety and embracing her queer identity.

Wyatt addresses these subjects on her exceptional new album, Neon Cross (New West), and earns her rightful place among the current crop of reigning country divas. Wyatt, who premiered a new music video for her song “Rattlesnake Girl” via GLAAD and Billboard Pride earlier this month, was good enough to answer a few questions about Neon Cross.

Dallas Voice: Jaime, I want to begin by congratulating you on the release of your new album, Neon Cross, which is being showered with a multitude of favorable reviews. What does that kind of reception mean to you? Jaime Wyatt: It’s everything I would hope for, absolutely [laughs]. I definitely aim to please. Specifically, I really want people to know where these songs are coming from, what kind of experiences these songs are coming from, in hopes that it might help somebody else. I’ve definitely gone about living life, I think, the hard way. I think there’s a more efficient way to go about that [laughs].

I’m really happy the album is well-received and that the message is being received as well. It means the world to me.

With the exception of “Demon Tied to a Chair in my Brain,” you wrote or co-wrote all of the songs on Neon Cross. What can you tell the readers something about your songwriting process and how you think it’s evolved over the years? I’ve been writing songs since I was 4 or 5 years old. I was always making up my own melodies and phrases and stuff. There was a period when I learned to play guitar that I played to the guitar. But I got back to my roots and the dreamy quality of writing, where I write the melody and the words and the hook in my head and then bring it to instrument.

Going back to where it originally came from, when I was a child, has been successful for me. I follow the muse rather than making the muse fit inside some sort of box. My life has shown, in every way, that I don’t fit in a box. Why should art? It has form; don’t get me wrong. I’m not necessarily avant garde. I’m not reinventing the wheel. This is country pop.

But I’m happy that I’ve been able to go back to an organic process, especially in sobriety. It was much easier when I was in my 20s just to smoke a joint and [snaps her fingers] get there. Now I’ve worked for it. I have different ways to get there — meditation and a lot of journaling and a lot of reading and learning how to be with myself and go inward.

Country songs are known for having a turn of phrase specific to the genre. Your song “Make Something Outta Me,” for example has the chorus “If God made the world out of nothing/why can’t he make something outta me”? Is it fun or challenging to try and maintain that tradition? It’s both fun and challenging. That is so in-tuned! It’s something I think about a lot. I’ve got this great concept, but what’s the line, what’s the twist? I don’t think it always has to have a twist.

Another thing that is really great that I’ve loved for a long time is the way that the Rolling Stones would turn and change a cliché. There’s that method, also. When I get that twist, I’m very happy with it. I’m super glad right when you started asking that question, I thought, “Oh, God, I hope he recognized it in “Make Something Out of Me,” because I was so proud of that [laughs]!

It’s the simplest thing, but you’re getting at how hard or how easy it is; it is very difficult to be simple.

Well, you make it sound effortless. Good! Thank you!

The album features a couple of guest vocalists, including Jessi Colter, the mother of producer Shooter Jennings, on “Just A Woman.” Is that how that collaboration came to be? That’s absolutely right. I’ve got this song and I feel like I wrote it for my mother and other people’s moms. I feel like I’m trying to imagine what Tammy Wynette would have said if she could have vocalized some pain in the limitations of being a woman during that time or during this time. I thought, “Who can we have on there?” Then I asked, “Shooter, can we hire your mother?” And he said, “Absolutely!” I’ve met her a few times. She knew who I was and had heard my voice and was happy to do it. It was a huge honor.

“Just A Woman” made me think of Dolly Parton’s “Just Because I’m A Woman.” Do you consider Dolly to be an influence, and if so, in what ways? Dolly is an absolute angelic singer. You know what’s interesting? I didn’t know that song existed until yesterday. I had not studied her material enough. I was telling my lady friend that I’m ashamed that I just started really studying Dolly’s material.

It’s funny you should bring up that song. I have studied a lot of women around that era, but I hadn’t really dug into Dolly enough. The reason I didn’t is because I wasn’t sure that I could sing in her key or that it would be unholy to transcribe her songs for an alto voice.

One of my favorite songs on the album is the wonderful and subtly queer “Rattlesnake Girl.” [Watch the not-so-subtly queer video below.] The song contains the lines, “I see my sweet friends on the weekends/They all look happy and gay/They keep their secrets all covered in sequins,” and it made me wonder would it mean to you if there was a drag queen somewhere out there getting ready to include a Jaime Wyatt song in her act? Oh, man, if I knew that was happening, I would cry tears of joy. A drag queen getting ready for a performance, which is a holy ritual, that makes everyone feel visible and understood and accepted, I would cry because I think it would be lovely!

While things have changed in recent years, being out in Nashville is still something of a challenge. Country music listeners turned their backs on Chely Wright and Ty Herndon after they came out, but in the interim have embraced people from Mary Gauthier to Brandy Clark. Can you please say something about how you see your role as an out country artist? That’s a good question. I hope I can articulate this enough because it’s very important to be out and well-studied at country music. Thankfully, I’m surrounded by artists that push the envelope. That’s important because art is supposed to challenge our perspectives.

By the same token, people who have considered it to be only traditional and have used it to exclude LGBTQ people or people of color or people who didn’t fit in this little box, if they’ve used it for that, they’re sorely mistaken, as well. I want to be a voice and a figure to represent the diversity that is American and country music is American. We should all be able to enjoy this.

With live performance on the back burner for the near future, how are you reaching your fans? We — and I say “we” because my label is helping me greatly — are partnering with magazines and music publications to live stream on social media, mainly Instagram and Facebook. We’re also in the process of making a mini documentary about some of the causes I believe in, such as feminism and visibility of the LGBTQ community in country music. I’m working on developing a series on current Pride festivals across the US were canceled due to the pandemic. Neon Cross was released just before the start of Pride month. How would you have observed Pride in 2020 if you could have? I was so looking forward to being at a Pride festival my first year of being out publicly. I’ve only been out to my friends and family for four years. I was looking forward to being out on social media and Pride festivals. I won’t get to experience that in person, but I definitely would like to incorporate celebrating my pride and being out and say “I’m out and proud” now, which is crazy because I never thought I’d get there. I’m looking forward to doing that online. I’m trying to reach my people and my community and speak to my younger self. To find young people who are struggling like I was. 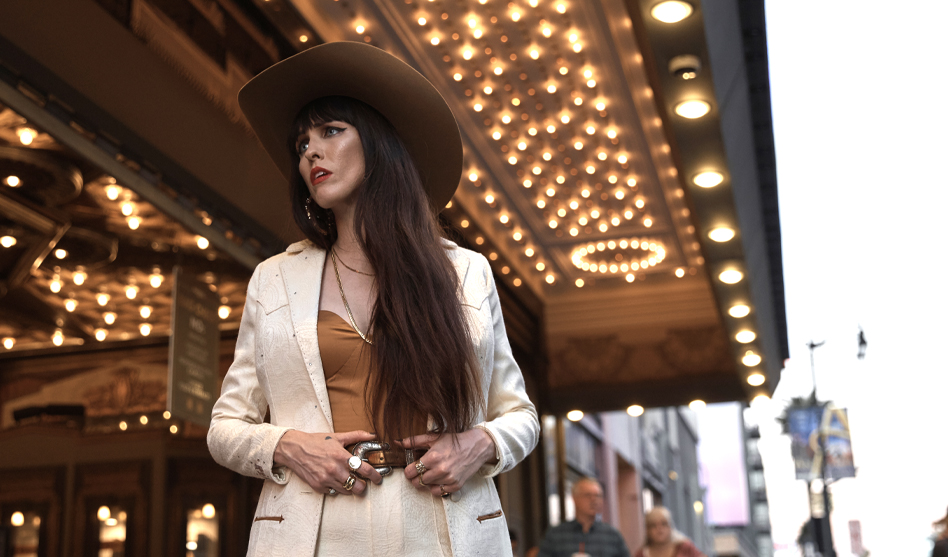