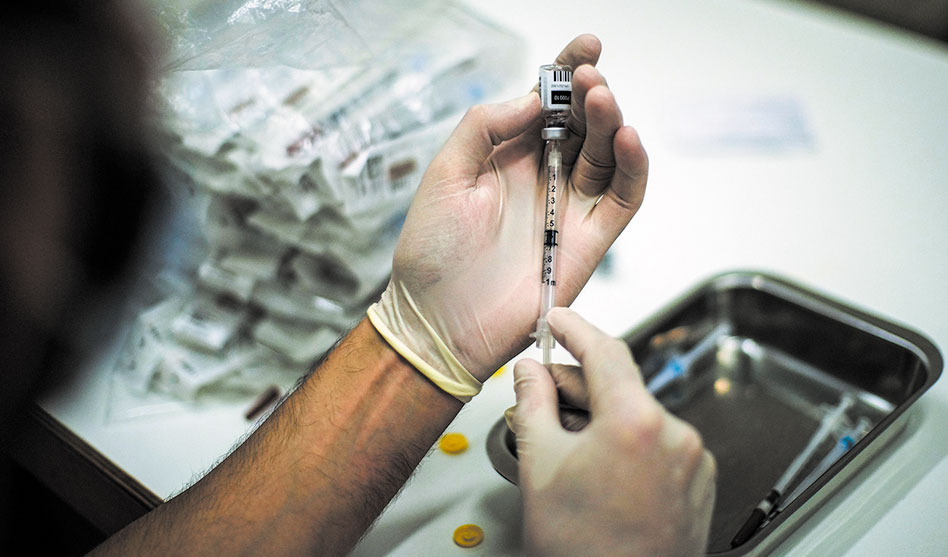 Monkeypox is not an STD or a ‘gay’ disease, health care professionals say, urging everyone to take precautions

As of Tuesday evening, July 26, there had been 3,591 cases of monkeypox reported in the United States, according to the Centers for Disease Control, with 231 of those cases in Texas, according to the Texas Department of Health and Human Services. But by the time you read this, the numbers undoubtedly will have changed. And it will likely be a dramatic change.

That’s because, according to DeeJay Johannessen, “In Texas, the number of monkeypox cases is doubling every three days.”

Johannessen, CEO of Tarrant County’s HELP Center for LGBT Health and Wellness, explained that after a person is infected, it can take five to 21 days for them to begin showing symptoms, “And the only way to test for monkeypox is when someone is symptomatic, by swabbing a rash or a lesion,” he explained. He pointed out that as of July 12, two cases of monkeypox had been diagnosed in Tarrant County. By July 25, that number had jumped to 12.

“In 11 days, it went up by 600 percent. It is going to continue to spread,” Johannessen warned.

Johannessen said HELP had already diagnosed 10 cases at its clinics, noting that HELP sends swabs to Tarrant County Public Health for testing, and that it usually take one to two days to get results. “So from the time we take a swab to the time we get results and contact the patient, that can be three days. That means we are three days behind” in terms of counting cases. 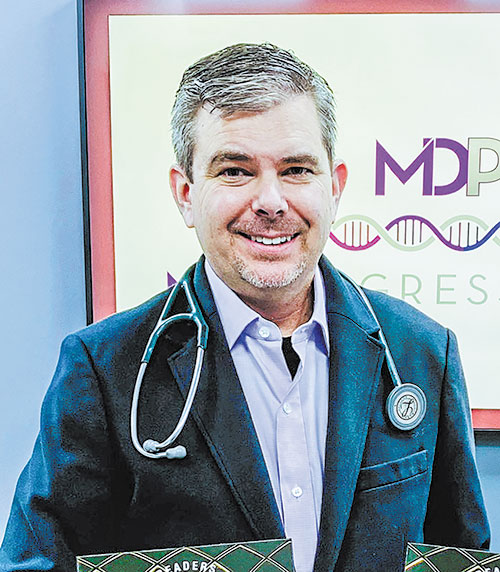 Dr. Mark Tribble with MD Progressive Care, who in June treated what was likely the first monkeypox patient in Dallas in this current outbreak, suggested another factor in the virus’ rapid spread in this area is that cases are going undiagnosed.

“The good news is that before you develop a rash, you can’t spread the infection,” Tribble said. “But we have patients in Texas who didn’t realize they had monkeypox. Dallas County has 83 confirmed cases, but there are a lot more than 83 cases out there.

“There are probably three or four times as many cases that haven’t been diagnosed,” he continued. “One reason for that is that people are getting a fever or a rash, and they are going to urgent care facilities or emergency rooms, and it is being misdiagnosed, because [staff members at those facilities] aren’t thinking about monkeypox. They aren’t looking for it.”

While a large number of the cases in the U.S. in this outbreak have been in men who have sex with men, Johannessen, Tribble and every other medical professional have all stressed that monkeypox is not a “gay disease,” and it is not a sexually-transmitted disease, or STD, despite dangerously inaccurate claims by some.

U.S. Rep. Marjorie Taylor-Greene, for example, recently claimed monkeypox is “another scam,” referring to the right-wing’s claims that COVID-19 — which has so far killed more than 1 million people in the U.S. and nearly 6.5 million worldwide — is a scam.

“Of course, monkeypox is a threat to some people in our population,” Greene said, referring to gay men. “But we know what causes it, and that’s pretty much, um… it’s basically a sexually transmitted disease. So it’s not a threat to most of the population.”

“People just have to laugh at it, mock it, and reject it,” Greene said of monkeypox during an interview with journalist Allison Royal at the Turning Point USA Student Action Summit.

“Sexual contact can certainly spread the virus, but it can be spread by hugging or cuddling, by touch,” Tribble said.

Johannessen elaborated: “Transmission is happening during sex so much because the virus is spread through touch, and because the length of contact and friction involved in sex increases the chance for transmission.”

Tribble said that the virus can spread easily in large, crowded gatherings like the Pride dance parties where the outbreak started in Europe and the recent Daddyland parties in Dallas because there are so many people, including lots of shirtless men, crowded together on the dancefloor. And the virus spreads primarily from skin touching skin. There have been cases where the virus was transmitted through “respiratory droplets and contaminated materials such as bedding.” 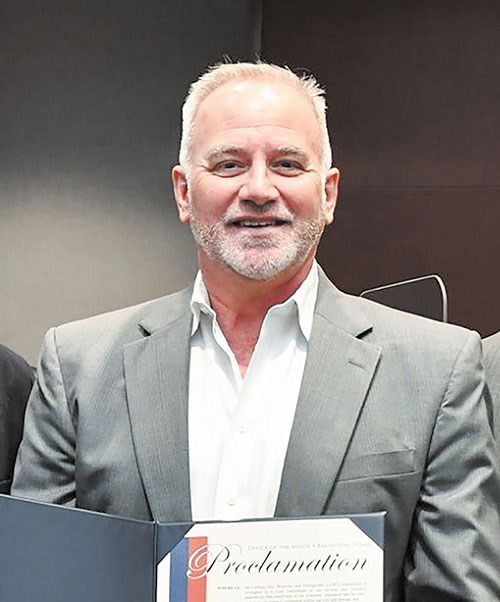 A 4-year-old boy in West Texas has been diagnosed with monkeypox, likely after having merely hugged someone who was infected, Tribble said. “So it spreads to a 4-year-old, and then that 4-year-old goes to a daycare, and it spreads there, and those children take it home,” he said. “The politicians are going to change their tune when it becomes a disease of women and children, a disease spread through heterosexual contact.”

Tribble added that the virus can be spread from animals to humans — which is likely how the first outbreak began — and from humans to animals, as well. He said that there is a push among healthcare professionals to refer to the disease as MPV rather than as monkeypox, in part to curb the stigma people are attaching to the name “monkeypox” but also because it is believed that the disease did not actually originate in monkeys.

The vaccine
The smallpox vaccine, which has all but eradicated that disease in most parts of the world, has shown some effectiveness in preventing MPV, as well. But a vaccine specific to MPV has also been developed. But the big problem right now, Johannessen said, is access to that vaccine.

In New York, which has reported the largest number of cases in the U.S., the vaccine is being made available to those considered to be at high risk, Johannessen said, but Texas is a “tier 2 state,” which means available vaccine doses here are limited to those known to have been in contact with a person diagnosed with MPV.

“We would like to give it out preventively, to those at high risk,” Johannessen said.

Tribble agreed: “Here in Texas, the powers that be have allocated fewer doses of the vaccine. But we are hoping with more publicity being given to the outbreak and more public officials realizing what’s happening, they will start to ramp up vaccine availability. It is out there in our community, and while we are able to offer the vaccine now only to those with close contact with someone with the virus, hopefully soon we will be able to offer to anyone at high risk.”

The MPV vaccine, manufactured by Bavarian Nordic, is known as the JYNNEOS vaccine. On Wednesday, July 27, the U.S. Food and Drug Administration announced it had approved a supplement to the biologics license for that vaccine.

Health and Human Services Secretary Xavier Becerra on Wednesday issued a statement saying this new approval by the FDA “is a critical step forward in our plans to strengthen and accelerate our monkeypox response, which includes distributing a safe and effective vaccine to those at highest risk of exposure to monkeypox.

“The expedited inspection and approval by FDA of Bavarian Nordic’s fill-and-finish capabilities means that an additional 786,000 doses of vaccine are now available for use in the U.S.,” Becerra continued. “HHS is working to make these doses available to states and jurisdictions as soon as possible to fulfill their needs.”

New allocations were to have been announced Thursday, July 28, after Dallas Voice’s deadline.

Symptoms and treatment
According to WHO, MPV typically presents clinically with fever, rash and swollen lymph nodes. It is “usually a self-limited disease with the symptoms lasting from two to four weeks,” although severe and even fatal cases can occur. Severe cases can occur.

Tribble noted that treatment for MPV is “now much more easily available through Dallas County Health and Human Services. Most patients don’t need the treatment — called Tpoxx or tecovirimat — but for those that do, doctors can get the medication from DCHHS within a few hours of requesting it now. We usually give it to patients that have especially painful skin lesions.”

Tribble said most patients diagnosed with MPV have only a mild case, but that everyone who has the disease should remain isolated in their homes until, as with chickenpox, “the lesions have scabbed over and the scabs have fallen off. Usually that takes three to four weeks.

We have had some patients who have had to isolate for up to a month.”

He also encouraged those who have MPV to find someone who can care for their pets while they are isolating because the virus can spread from humans to animals.

Both Tribble and Johannessen encouraged everyone to avoid large gatherings where the risk for transmission increases significantly.

Origins
Monkeypox is not a new disease. It was first identified in humans in 1970. That first case was in a 9-month-old boy in the Democratic Republic of the Congo, according to the World Health Organization. While most cases since then have been reported in rural, rainforest regions of the Congo Basin and across central and west Africa, this most recent outbreak here is not the first in the U.S.

WHO notes that the first MPV outbreak outside of Africa was reported in the U.S. in 2003. That outbreak “was linked to contact with infected pet prairie dogs” that had been “housed with Gambian pouched rats and dormice that had been imported into [the U.S.] from Ghana.” The current outbreak in the U.S. and several other countries where the virus is not normally found began in May of this year.

Tribble said that the current outbreak was first noted in Europe in May, with cases rising out of the large dance parties and Pride celebrations being held there at the time. The outbreak likely started with someone who had traveled from Nigeria, where MPV is endemic, to Europe where they participated in the Pride events, explaining why this outbreak started in the LGBTQ community.

In Texas, as of Tuesday, July 26, HHS reports the largest number of cases — 113 — in Public Health Region 2/3, which includes all of the Dallas/Fort Worth area, extending as far west as Snyder, which is just west of Abilene. PHR 6/5 South, the Houston area, has reported 67 cases. PHR 7, the Austin area with regional headquarters in Temple, has reported 41 cases, while PHR 8, the San Antonio area, has reported nine cases. The only other cases reported in Texas as of Tuesday was in PHR 1, which is the Lubbock area.

The vast majority of MPV cases in this outbreak have been reported in New York state, which has 900 cases, according to the CDC. Other states with high numbers of cases are California with 356, Illinois with 350, Florida with 309 and Georgia with 289.