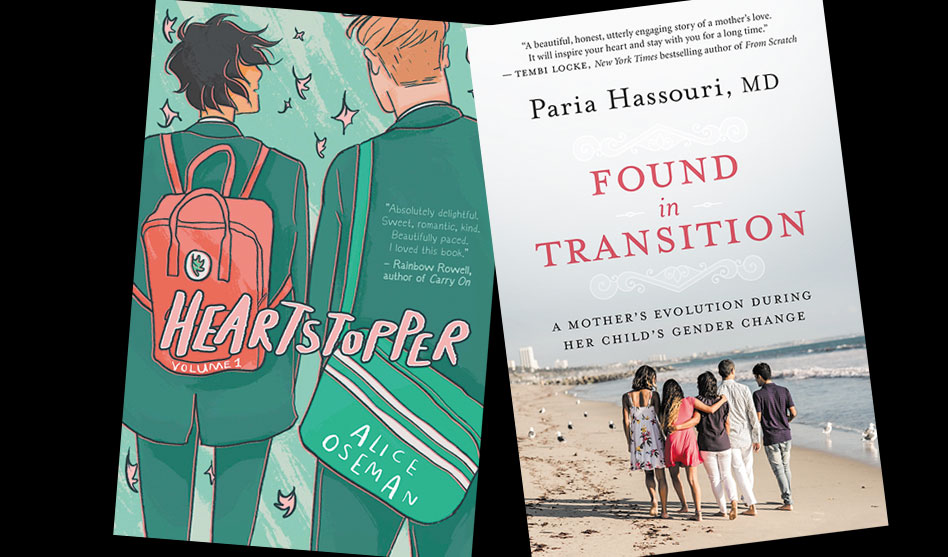 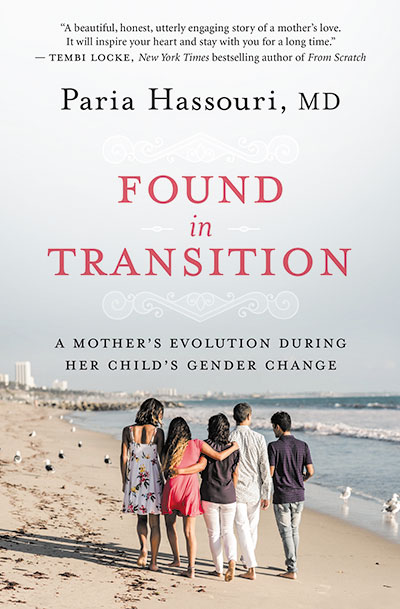 In your mother’s book, you were known before you were born.

She noted every kick, every head-bump, every stretch you made as she carried you. She felt your burps, and she felt it when you rolled over. And though she’d never met you, she recognized you the minute you arrived because your mother knew you before you were born.

But as in the new book Found in Transition by Paria Hassouri, MD, a mother can’t know everything.

She always wanted to be a mom. Born in the U.S., raised in Iran, Paria Hassouri was a teen when she returned to the U.S. where her mother insisted that Hassouri and her sisters get an education.

But schooling was secondary in Hassouri’s eyes. She’d wanted children since she was a child herself and was particularly eager to have daughters, though she was not terribly disappointed that her first two babies were sons.

For much of her life, Hassouri’s second-born, Ava, had been a handful. There were many conversations with teachers through the years, Hassouri recalls: Teachers worried that Ava was depressed, had behavioral issues or was suicidal. Ava was a smart kid with great creativity, and she loved to try new things, but she didn’t tend to stick with them for more than a few months.

Because of that, when, at the edge of adolescence, Ava finally told her parents that she was a girl, Hassouri thought it was another “phase.” To her own later guilt, she refused to believe her child.

Though Hassouri was a pediatrician, her first identity was as the mother of three children, two boys and a girl — and now what? She was confused, wounded and greatly saddened. She and her husband had carefully named their offspring according to family tradition, and now one of them wanted a new name and new pronouns that sounded wrong to Hassouri’s ears.

She mourned that her second-born would never become the man she’d envisioned. She cried and grieved. And yet, she writes, there really were just two options: “I choose figuring it out,” she said. “I choose my child.”

Reading Found in Transition is tough — not for what it is, but for what author Paria Hassouri says. It’s almost like sandpaper on a sunburn.

Foremost, there are a lot of hard truths inside this memoir, for which Hassouri states, “I have to own them and be honest about them.” And that took courage, although confessions seem to be necessary here, for her and for readers.

This book, in fact, would’ve been much different absent those harsh, sometimes incomprehensible feelings and thoughts; readers may’ve even sensed that it wasn’t quite complete.

No, it would have been the lesser without its brutal truths from this maternal point of view, because here’s the thing: Though Ava is a constant presence in a memoir that truly wouldn’t exist without her, this is really not her story. It might make you angry; it might make you cry. But this tale belongs to her mother; indeed, Found in Transition is 100 percent a mother’s book. 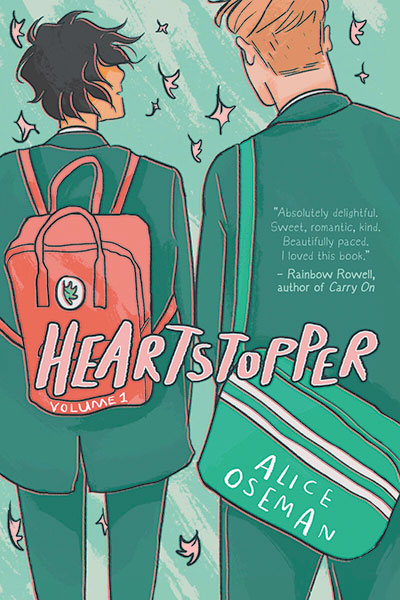 Forget the beginning of a new romance; the middle is where the best part is, the boy-meets-boy part where everything’s a first. First hand-hold, first hug, first kiss, that’s what you want to see: sparks, embers for a flame to come, maybe even some heat.
And in Heartstopper Volume 1 by Alice Oseman, that’s what you get.

Fourteen-year-old Charlie Spring hadn’t meant to come out as gay. It happened, and he never really had control of it. One day, nobody knew, and then everybody did. He was bullied, of course, and though there were a few guys in his class that he called friends, he never truly knew who he could trust.

Take, for example, Ben Hope. Ben was an older boy that Charlie hung around with sometimes, and when he really thought about it, Charlie knew in his heart that Ben was just using him. He was all kissy and stuff when nobody was looking, but Charlie knew down-deep that Ben would never let anyone see them together. He even knew for a fact that Ben had a girlfriend.

Ben was not forever; Charlie knew that much, and it was discouraging. And then he got paired up with Nick Nelson in first period class.

Just one grade ahead, Nick was tall and handsome and friendly. He had light hair and an easy smile, and he put Charlie at ease the day they met. Soon, they were talking about things outside of class. Nick got Charlie on the school rugby team. They texted and emailed long after school hours, and they became good friends.

And Charlie started to fall in love. But Nick Nelson was totally straight; everybody knew that, right?

Well, everybody but Nick. Once, he’d had a mad crush on a girl, but that was in 7th grade. Now he couldn’t stop thinking about Charlie. He wasn’t sure what that meant exactly, but it scared him a little. Was Charlie feeling the same way?

While you’re reading Heartstopper Volume 1, there are two basic sounds that will come from your lips: “Awwwwww” and “Arrrrrrgh!”

The first will escape repeatedly because this is one really sweet book about first love and first realization. It’s gentle and not TMI, and even if you’re well past the new-love stage and in a committed relationship, it’ll remind you of those first where-do-I-put-my-nose kisses.

Author-illustrator Alice Oseman tells this boy-meets-boy story with drawings that show the roller-coaster of teenage crushes and the awkwardness of early romance. Through those drawings, she also quietly lets readers know that some people struggle to understand their sexuality, and that’s okay. To further the realism, there are bullies in this story, and a boy who almost seems dangerous.

Oh, and that other sound you’ll utter? It comes at the end with a cliffhanger. Yep, you’ll have to wait for the Happily Ever After. Arrrrrrrgh!

If graphic novels are your favorites, or if you’re ready to fall in love, do it with Nick and Charlie. Made for the romantic soul, Heartstopper Volume 1 sparks.