More than rainbows in June 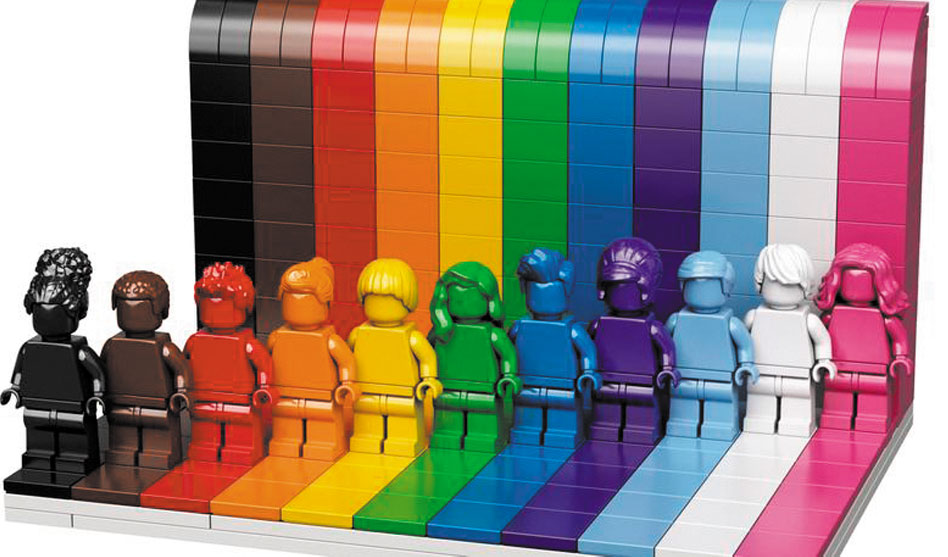 In time for Pride Month, Kellogg’s has released a new cereal of rainbow-colored hearts and edible glitter. Also this month, Lego is offering, for the first time, Pride blocks that include the trans colors and extended Pride colors with human figures that snap into the rainbow assortment of blocks.

But how much did Lego spend advertising its new blocks? Not a penny on local or national media. Not one cent spent shipping samples. They just emailed a press release with one picture that both gay and straight media jumped on.

Even if the LGBTQ community can’t figure out what to do with those Legos, at least the company has riled up people like Albert Mohler, president of the Southern Baptist Theological Seminary. Shame on the LGBTQ community, he wrote in a very long editorial, for demanding this. I don’t remember demanding rainbow-colored Legos or rainbow-colored breakfast cereal. But, apparently, Mohler thinks I did.

Kellogg’s new cereal and Lego’s new Pride blocks are the latest examples of corporate rainbow-washing — the term for when, come June, corporations suddenly discover the LGBTQ market and sponsor a big community event once a year, never to be heard from the rest of the year. Or they release a rainbow product — or the same-old product with a rainbow label — in June, and then we never hear from them again.

Several years ago, both American Airlines and Southwest Airlines showed a real commitment to their transgender employees and customers when their CEOs traveled to Austin to testify against the bathroom bill. They didn’t do it to attract customers. In fact, they actually may have turned off more of their customers than not. But they were committed to doing what was right no matter the consequences.

Absolut has shown a commitment to the LGBTQ community by promoting their rainbow bottles starting decades ago when advertising in LGBTQ media wasn’t popular. And it’s not something they do only in June.

The Texas LGBT Chambers of Commerce recently held a discussion on rainbow washing, and among the speakers was UT Austin lecturer Valerie Salinas. She described rainbow-washing as — 50 years after Stonewall — companies joining the disingenuous advertising bandwagon. And even if they make a large, one-time donation to a national organization, their donations are for publicity, not because they have any commitment to the LGBTQ community.

Katie Martell, a Boston-based author and producer of Woke Washed, said it is safer than ever now for a company to take a stance for LGBTQ equality. Producing a Pride product or label was braver, she said, when Absolut was the only one doing it. When a company comes out with a Pride product in time to market throughout June, the LGBTQ community has simply become the “minority of the month,” she said.

But, she continued, she’s actually not sure exactly where she stands on rainbow-washing. Sure, she’s glad to see money going to organizations like GLAAD, Trevor Project and HRC, the biggest national recipients of rainbow-washed money. Martell said she enjoys seeing the rainbow-washing products — even if they are inedible products like rainbow-colored Doritos that Plano-based Frito Lay introduced at the Alan Ross Texas Freedom Parade several years ago but now are only available in Mexico.

But Martell understands disingenuous marketing. And checking a company’s HRC Corporate Equality Index rating may not tell the whole story. She referred to a story about a gay Goldman Sachs employee who was not included in a conference call with a client because he was “too gay.” Meanwhile, Goldman Sachs retains its 100 percent HRC CEI rating.

And how much of the rainbow-washed merchandise is manufactured in a place where it’s illegal to be gay or where LGBTQ persecution is commonplace?

You can give him credit for acknowledging his LGBTQ supporters, or you can laugh at the idea of a Pride MAGA hat considering all the assaults on LGBTQ progress that happened throughout his administration.

And it’s not just in the U.S. In 2019, the British store Marks & Spencer added to their menu a lettuce, guacamole, bacon and tomato sandwich — an LGBT sandwich — and wrapped it in rainbow packaging for Pride Month. They donated a portion of the proceeds to an organization helping homeless LGBTQ youth. But did the 10,000 British pounds the company donated really make a difference to a company that made an 84-million-pound profit? Or was that less than the company would have spent on a few TV commercials or an ad in a few LGBTQ magazines?

Martell said not only is she unsure exactly where she stands on rainbow-washing, she also isn’t sure exactly where to draw the line. But she doesn’t want to discourage companies from jumping in and starting to support the LGBTQ community in some way. And Pride month is a good place to start. Still, we’ll see if rainbow Legos actually become available in stores and remain on the market in July. No other product would be given just four weeks to succeed in the market.

“We’re nowhere near done,” Martell said about the progress the LGBTQ community has made. “We still need a Pride parade.”