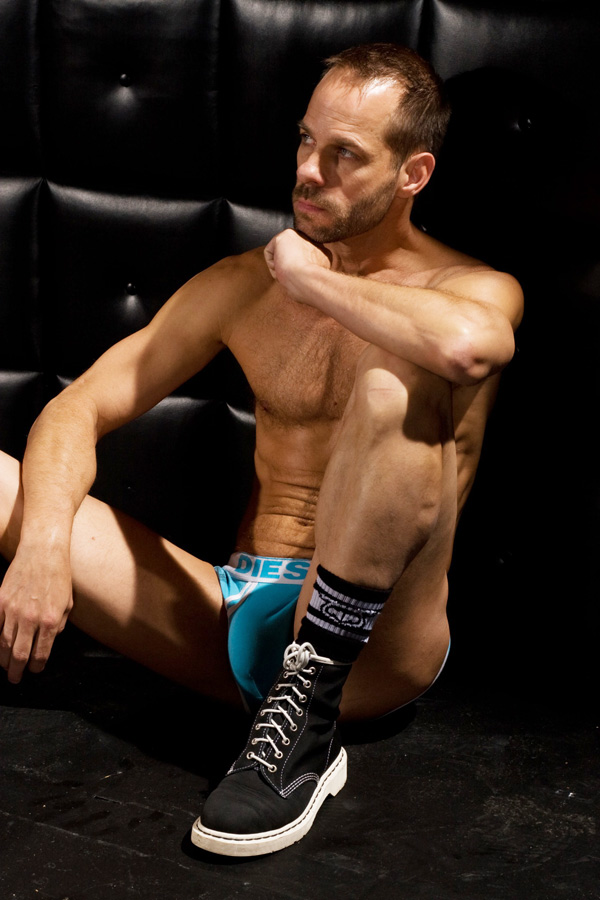 “I actually have family there,” he says. “Legend has it my uncle was the CEO of Texas Instruments back in the day.” Not counting family reunions, the trip will mark the Dallas debut of his live show. So what exactly got him to Texas finally?

“I think I would have to credit Monster,” he says.

Monster, it turns out, is his pet name for his penis. Only if you listen to Brandon talk about it enough, it seems like a business partner rather than a part of his business.
Here’s how it happened.

“One of my fans, Topher, has been on me to come to Texas for years — ‘Bring Monster to Texas!’ he kept saying. For some reason, Texas wasn’t an easy nut to crack for me,” Brandon says. So superfan Topher took it upon himself to meet Monster in person, setting out on a campaign to get someone — anyone — to bring Monster and his owner to the Lone Star State.

“I’ll be damned if he didn’t get Midtowne Spa [on board],” Brandon says still a bit incredulously. “Midtowne doesn’t normally fly people in, but they agreed to this time — and it went from ‘just Dallas’ to a three-city tour.”

Brandon’s Badass Texas Tour — designed to promote the adult performer’s first hardcore sex film in several years, the fetish picture Badass — started in Austin Wednesday, and will bring him (well, them) to Dallas tonight at 8, followed by an appearance in Houston on Sunday.

To hear Brandon talk about it, it really is a collaboration, and one borne unexpectedly from tragedy. 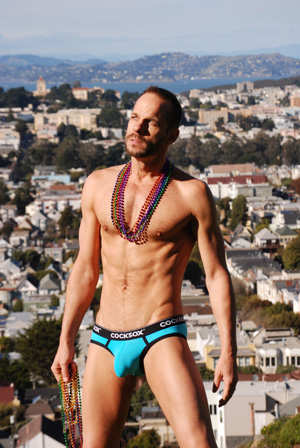 TEXAS AT LAST | Brandon’s Texas tour resulted from an email campaign from a superfan.

“I was already 140 lbs. soaking wet without using anything, but I dropped even more — I was skinny as a rail. When I did the speed I stopped doing porn because I didn’t have any confidence in front of the camera. Then I started selling it, then did jail time, then prison time, then living on the streets. From 24 to 34, I saw eight-and-a-half years inside state penitentiaries. But those revolving doors kept me alive. Left to my own devices, I would have been dead. I should be dead. Dead! I’m talking skull-and-crossbones chemicals being shot into my veins. I’ve known people who did less than I did and can barely put two sentences together. Staying as strung out as I did, I would have been so out of it I would have walked in front of a bus.”

He spent 18 months in rehab, and it was really after that when “Michael Brandon” was born.

“’Michael Brandon’ was just my stage name but I started cultivating it as an entity and business,” he says.

“Part of the process [of recovery] is to learn who you really are, so I was reading reviews of me on an [escort evaluation site]. One review, the client was saying how nice my eyes were and called my cock a ‘monster.’ I thought, ‘Why don’t I give it an identity and take mine back? And it’s been a hit. Working together has been huge for my career. Monster gets his own birthday wishes, own emails, his — ‘can Monster come out and play?’ It’s been such a big marketing tool. No pun intended.”

That relationship ended after five years “in a blaze of glory” last October; in December, Brandon went back in front of the camera to make Badass. He was already 45 years old. But apparently as in-demand as ever.

“People ask me, ‘How long have you been in your industry?’ I sometimes answer, ‘How old are you?’ I get a lot of emails saying, ‘I have watched you since I was 12 years old.’ I wanna ask, ‘How old are you now, 15?’ Our community is youth-obsessed but I find the youth is obsessed with the papis and the daddies. I get these random emails that say, ‘I really like having sex with older men.’ When did that happen?”

But Brandon isn’t complaining. Despite a drug relapse — he has been clean for a second time almost three years now, following a nine-month binge that nearly destroyed him again — he’s as happy and focused and well-adjusted as he’s ever been. And like Lady Gaga, he credits his little — well, not so little — Monster.

This article appeared in the Dallas Voice print edition July 29, 2011.