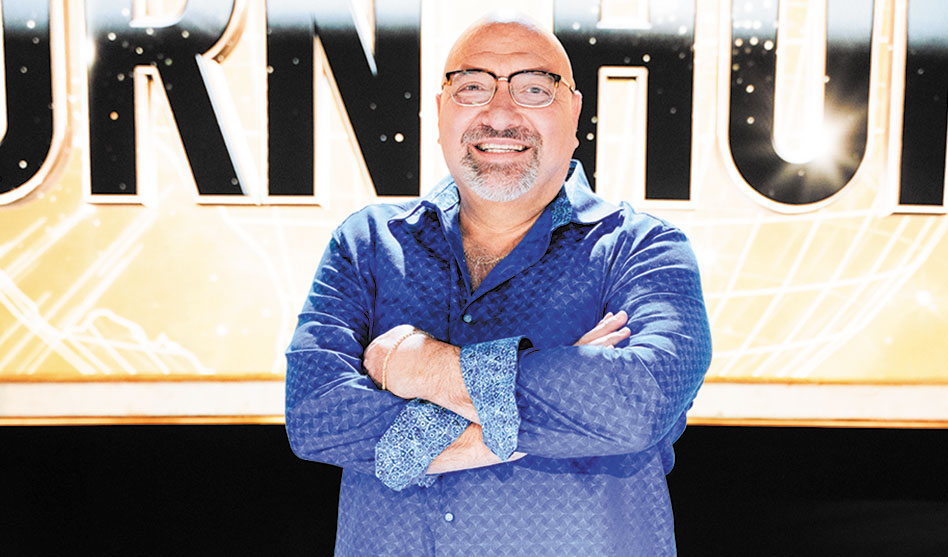 After years in a business and public service, Vela is branching out with ‘Unicorn Hunters’

Moe Vela could die happy today, knowing all he’s done with his life. But judging by a recent interview, the longtime political operative, entrepreneur and one-time actor is not slowing down. His family instilled that go-getter attitude in the gay fourth generation Texan.

The Velas are a pioneering South Texas family, first setting down roots in the state in 1863. The Vela family includes a former federal district judge and a former Cameron County judge. Moe Vela’s cousin is retiring Congressman Filemon Vela Jr.

Vela family members were encouraged to operate and to carry themselves humbly and not arrogantly, Moe Vela said. “We’re not special. You gotta get your butt to work,” he explained. “We were never forced to be a lawyer or a teacher, but we were encouraged to be active. Our generation picked up the mantle, and we’re encouraging the next generation to do the same.”

Moe has also had a storied career in public service himself. His mentor was the late Gov. Ann Richards, whom he called “Ms. Ann.”

When Richards was running for governor, Moe recalled, she was in a packed Democratic primary and faced tough competition. At the state union convention, her team was on the floor, working the crowd. Vela, who was just getting his start in politics, was tasked with guarding the campaign headquarters.

“I was sitting alone thinking, ‘Wow, I’m guarding the headquarters,’” he said. Then the door opens. It’s Richards. She sat next to him.

“Shouldn’t you be at the convention?” he asked, wondering why she wasn’t seeking the union endorsement. Richards smiled: “I kept my opponents from getting the endorsement.”

What she was saying, he explained, was that “Sometimes you don’t need the endorsement but just to block opponents from getting it.”

It was one of many lessons Moe learned during his stint in public service, which included working for former State Rep. Rene Oliveira and Congresswoman Eddie Bernice Johnson when she was a state senator. He also served as director of administration for then-Vice President Joe Biden as well as senior advisor on Hispanic Affairs for Vice President Al Gore

That makes Moe the first openly gay person and the first Hispanic-American to serve twice in the White House in a senior role.

While he was tempted to make another go around at the White House when Biden was elected president, Moe chose to decline. “I already did my public service,” he said. “The next generation of gays and Latinos need to go.”

Some have, including Emmy Ruiz, a lesbian and a Texas native who is now the White House director of political strategy and outreach. Biden has also nominated former two-time Congressional candidate Gina Ortiz Jones, also a lesbian and also a Texan, to be under secretary of the Air Force.

“They’re great examples of why I didn’t go in,” Moe said of the two Texas women.

Now Moe is working on a project that was on his bucket list: He’s the producer of and a panelist on Unicorn Hunters, which premiered May 10. The show is like Shark Tank, where budding entrepreneurs pitch their ideas to funders. But in this show, the audience is involved, too.

“It was a longtime dream to do this show,” he said. And the LGBTQ community was at the front of his mind when he conceived of it. “We’re part of the disenfranchised. We’ve been left out,” he said, while access to capital has been reserved for white men over 50.

Moe said the idea for Unicorn Hunters came about after he left Biden’s office. He was practicing law and unfulfilled; he wanted more. He asked himself, “How do I leverage and parlay my global network to help others and make a living?”

He also wanted to come out of the closet — as an entrepreneur, that is.

The show isn’t his first dance with the entertainment industry. At 22 years old, as a freshly-minted University of Texas at Austin graduate, Moe had his sights on Broadway. “All I had were four bags and one page of sheet music,” he recalled.

He acknowledged the cliché. “I don’t know too many gay men who don’t come out of their mamma’s womb without wanting a career in show business,” he said laughing.

“I’ve had an amazing life. I’ve swam under the moonlight naked. I could die happy,” he said. But he’s glad he hasn’t yet.

“Here we are months later and I’m fulfilling another goal,” he said of Unicorn Hunters.

Growing up, Moe said he couldn’t live his true self as a creative, entrepreneurial gay man. “But 60 years later, my dreams have come true,” he said.