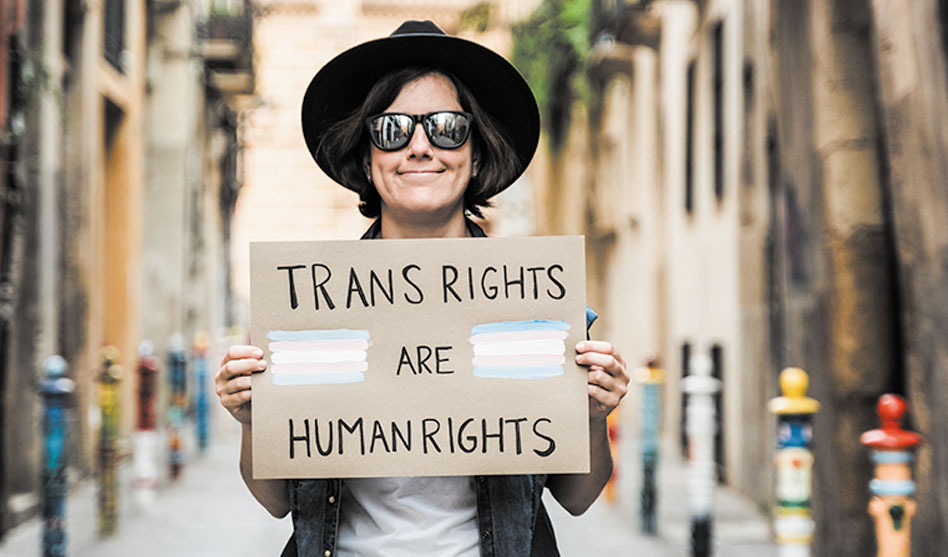 Why the fight against transgender equality has rallied the right

The fight against transgender equality has quickly escalated to an outright war waged by extremists on the political right who seem to completely control a narrative that most of their base actually doesn’t even support. Why is the political right so adamant about fighting transgender equality? Because it gets people to vote; historically, that has already been proven.

In the 1980s, Paul Weyrich rallied evangelicals like himself to vote against President Jimmy Carter, eventually denying the Democrat a second term in office. Weyrich recognized a set of beliefs that greatly mattered to evangelicals; beliefs that, if threatened, would encourage them to vote for the candidate they thought would protect those beliefs.

Nowadays, according to much of the current right-wing leadership, to be a “genuine Republican” is synonymous with evangelicalism. But to continue rallying the evangelical vote, Republican politicians must continue to target ideology that conflicts with their key voters’ beliefs. Political scientist Daniel Cassino explained it best in his piece in the Washington Post: “Attacking trans people is good politics for Republican politicians trying to secure their base.”

Cassino and his wife, Yasemin Besen, in 2021 published the results of research conducted between 2016 and 2019 that explores the relationship between gender and partisanship. It revealed “a binary conception of gender … seems to be tied to men’s understanding of what it means to be a Republican — and even considering the possibility of variation is incompatible with being a Republican. If the security of a firm, unchanging, binary view of gender is linked to identifying as a Republican, attacking any other gender identity can build support among their partisans,” Cassino said.

What’s interesting is how this research reveals a divide within the Republican Party’s own ranks. Republican politicians and the media have it wrong: The majority of Republicans are not against trans people; it’s just that extremist Republicans and evangelicals are. The majority of Americans overall — a whopping 64 percent — support protecting trans people from discrimination, with only a minuscule 10 percent opposing, according to a June poll from the Pew Research Center. But even without this data, we can still tell where the agendas are coming from due to increased rates of anti-LGBTQ legislation, most of which specifically target trans people.

And still we are left with the question: “If the majority of Republicans aren’t against us, then why are their leaders still anti-LGBTQ?”

In my opinion, it’s because a lot of Republicans, mostly the extremists, are blinded and numbed by ignorance when it comes to LGBTQ issues, especially transgender issues. Few have any firsthand experience interacting with trans people about whom they are or what they’re about.

In my own coming out journey, people that are extremely conservative have actually been some of my biggest supporters, as unexpected as that might be. I believe this is because they know me as a person; the gender I present as hardly matters to them, which is how it should be of everyone, regardless of political inclinations.

It’s important to understand that conservatives often fall into two categories of ignorance when engaging with LGBTQ topics, and knowing what category a person falls into can help inform how best to engage with them. The first category is militant ignorance, a form of ignorance “that is proud of itself, that holds knowledge in contempt — that must be condemned,” said Sen. Daniel Patrick Moynihan. D-NY, who is also a former Harvard professor.

But those who display a “pure” sense of ignorance deserve to be kindly offered an opportunity to learn and be informed. I have found that more people than you might expect are open to this kind of discourse. In fact, it’s one of the reasons I decided to go public with my own story a few years ago. Normalization leads to acceptance and understanding.

The fight against transgender rights is founded on the need for Republican extremists to win political battles through militant ignorance — something we saw a lot of during Trump’s presidency. His administration fueled and evolved Republicans ignorance to such a degree that their ignorance became violent, which was made evident by the attack on the Capitol on Jan. 6, 2021. Even today, what Trump stands for continues to influence the way many other Republican politicians and leaders think.

According to a poll conducted by CNN, studies show that Republicans are not keen on re-electing Trump because of his controversial and blatantly divisive beliefs. What’s discouraging is the lack of acknowledgment of his own militant ignorance fueling the violence before, during, and after the Jan. 6 insurrection.

However, this poll also reveals that “just under half of Americans think Trump acted illegally in his effort to retain power … [45] percent of Republicans, though, think he did nothing wrong.”

There is a divide in the ranks of conservatives that’s slowly becoming more clear — a divide between extremists and the moderate conservative majority. Still, the lack of sympathy or compassion for understanding trans people is astonishingly harmful. Ignorance enables people to villainize anyone who disagrees with their beliefs; in this case, the beliefs of evangelicals. More and more frequently, this division between Americans — Republicans and Democrats — is not really a battle about good policy, but one about philosophical beliefs.

Wynne Nowland, the CEO of Bradley & Parker, transitioned at age 56, coming out as trans to her entire company in an email saying, “You’ve all known me as Wayne, but tomorrow morning I will arrive to work as Wynne.” She was already out to her family and many friends, but coming out at work was her final step to being who she truly was.