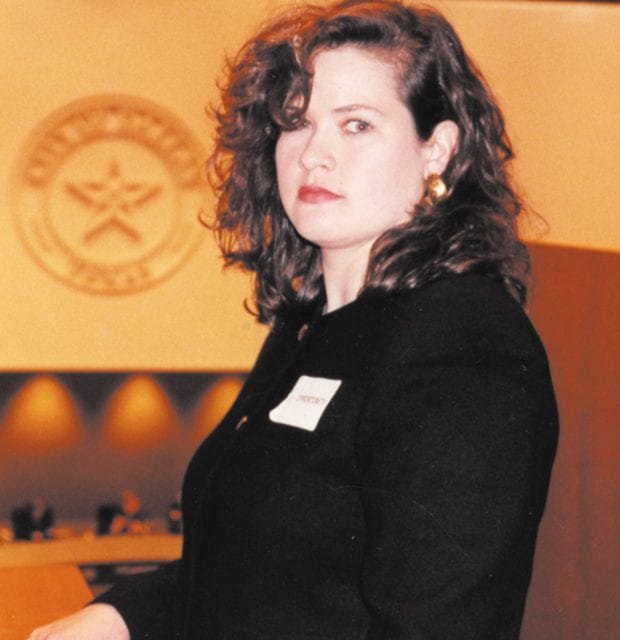 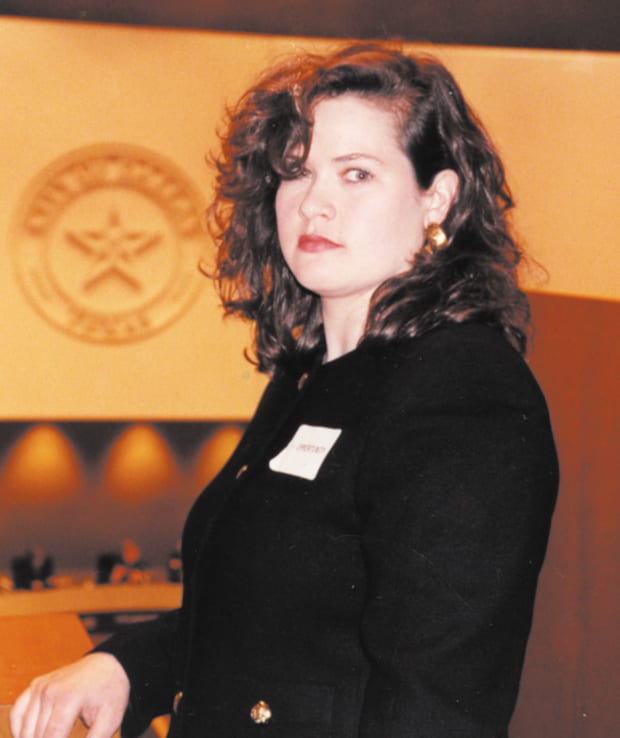 In 1989, a young woman named Mica England drove to Dallas from her home in Oklahoma to apply for a job as an officer with the Dallas Police Department. She had talked to DPD recruiters who had visited her school, telling them that she was a lesbian, and asking if that would prevent the department from hiring her.
The recruiters told her no problem. But the recruiters lied.
England had first applied to the Dallas Police Department in 1987, but was disqualified when she failed the polygraph test because she lied about being a lesbian. The next year, when England interviewed in Dallas, she answered honestly, acknowledging that yes, she was a lesbian.
The interviewer then told her that because consensual, same-sex sexual contact between adults of the same gender was a violation of Texas law — Section 21.06 of the Texas Penal Code, aka “the sodomy law,” made such contact a Class C misdemeanor, akin to a speeding ticket — Dallas PD could not and would not hire her.
Irate that she had been lied to and that the DPD was discriminating against her, England immediately went looking for someone to help her.
She found William Waybourn and the rest of the Dallas Gay Alliance. With DGA in her corner, in May 1990, England sued the city, then-Chief Mack Vines and the state of Texas, and challenging the constitutionality of the state’s sodomy law.
Nearly two years later, in February 1992, Judge Lawrence Fuller in the 200th Judicial District Court in Travis County ruled for England, declaring 21.06 unconstitutional and enjoining the city and Mack Vines from hiring discrimination based on sexual orientation. But the state had challenged Fuller’s jurisdiction to hear, and he agreed, dismissing the state as a plaintiff.
So everybody appealed. The state and the city and Vines claimed Fowler was wrong to declare the sodomy law unconstitutional and tell Dallas the police department couldn’t base their discrimination on it. England claimed the state shouldn’t have been dismissed as a plaintiff.
The Texas Court of Appeals dismissed England’s appeal, but at the same time upheld Fowler’s ruling: 21.06 was unconstitutional and DPD had to change its hiring policies. (The city did file a motion for a rehearing and then tried to appeal to the Texas Supreme Court, but the motions were too late by a day or two, so the Appeals Court ruling stood.)
Today, the Dallas Police Department has a much more open, accepting and supportive attitude toward not only the LGBT community but with its own LGBT officers as well. In fact, Sr. Cpl. Monica Cordova, a lesbian on the force, was named Officer of the Year for 2015.
Unfortunately, that all came too late for Mica England. She won her case but was never allowed to complete the application process with the DPD (DPD officials claimed she lied about “borrowing” supplies from a restaurant where she worked as a chef). She continued working as a chef and later moved away from Dallas.
This article appeared in the Dallas Voice print edition October 21, 2016.