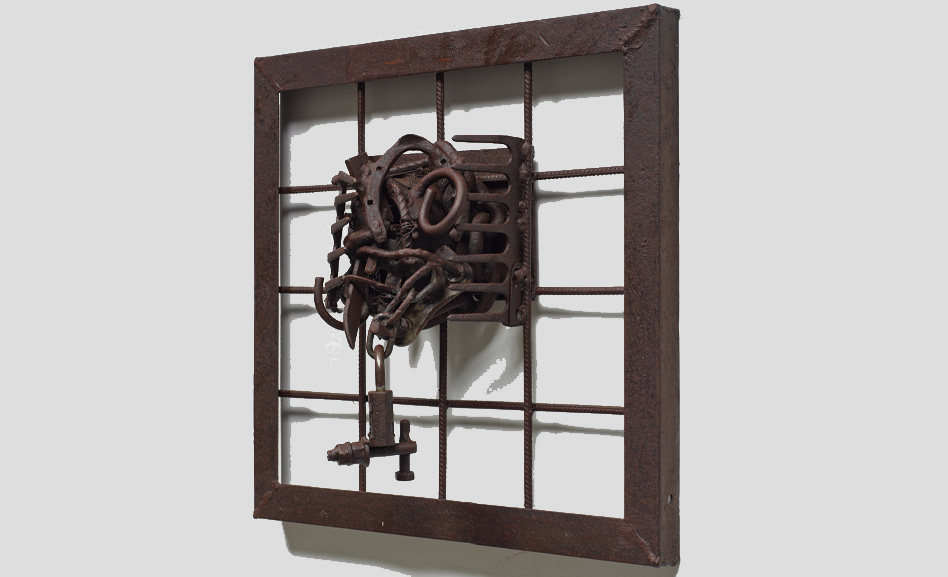 “Beyond Cabo Verde” by Melvin Edwards

The Nasher Sculpture Center this week announced a major gift to the collection from artist Melvin Edwards, whose 2015 retrospective Melvin Edwards: Five Decades was organized by the Nasher. Edwards has given the museum four sculptures and two drawings in memory of his mother, Thelma Felton Edwards, who passed away this year.

Nasher’s director, Jeremy Strick, said Edwards’ “substantial gift is a tremendous addition to the Nasher collection. These important works represent the full range of Edwards’s mastery as a sculptor, effortlessly uniting the material and conceptual in ways that resonate over time.

“This gift is especially meaningful to the Nasher, as it stands as a testament to the artist’s native ties to Texas, his friendship with the museum and his spirit of generosity,” Strick added.

Edwards noted, “In honor of my parents, Melvin Edwards Sr. and Thelma Felton Edwards, and our family’s heritage and history in Texas, it’s meaningful to be able to commemorate their contributions to our better future.”

Born in Houston in 1937, Edwards is a renowned sculptor and pioneer of contemporary Black art. Best known for his Lynch Fragments — welded steel sculptures created from tools and scrap metal — Edwards has also made large-scale works, installations and numerous public sculptures.

For the Nasher gift, Curator Catherine Craft, who organized the artist’s 2015 exhibition and was the lead author for its accompanying publication, worked with Edwards to select a group of works representing a spectrum of his concerns, methods of working, materials and themes.

Four welded sculptures, two from the 1970s and two from the 2000s, include two examples from Edwards’s Lynch Fragment series — Now We Know (1979) and Iraq (2003) — as well as a Rocker, a type of kinetic sculpture initiated by the artist in 1970. Five to the Bar, the 1973 Rocker given to the Nasher, also includes barbed wire, a material used by Edwards in sculptural installations of the late 1960s and early 1970s.

The most recent sculpture, Beyond Cabo Verde, a Grid from 2006, reflects the artist’s ongoing engagement with Africa and presents a variation on the Lynch Fragment format.

Two works on paper round out the gift, underlining the importance of drawing to Edwards’s practice, with one sketch representing his interest in developing large-scale public sculptures and the other taken from a group of works from the 1970s that use barbed wire and chain as templates for sprayed compositions.

The sculptures and drawings will make a substantial and significant addition to the Nasher’s collection and were selected with the Nasher’s special relationship to Edwards in mind: Two of the sculptures were included in Melvin Edwards: Five Decades, and the emphasis on rarely available material from the 1970s also reflects the renewed attention the Nasher’s exhibition and catalogue brought to a rich yet then under-recognized period of the artist’s career.