Marvel’s Northstar is marrying his boyfriend 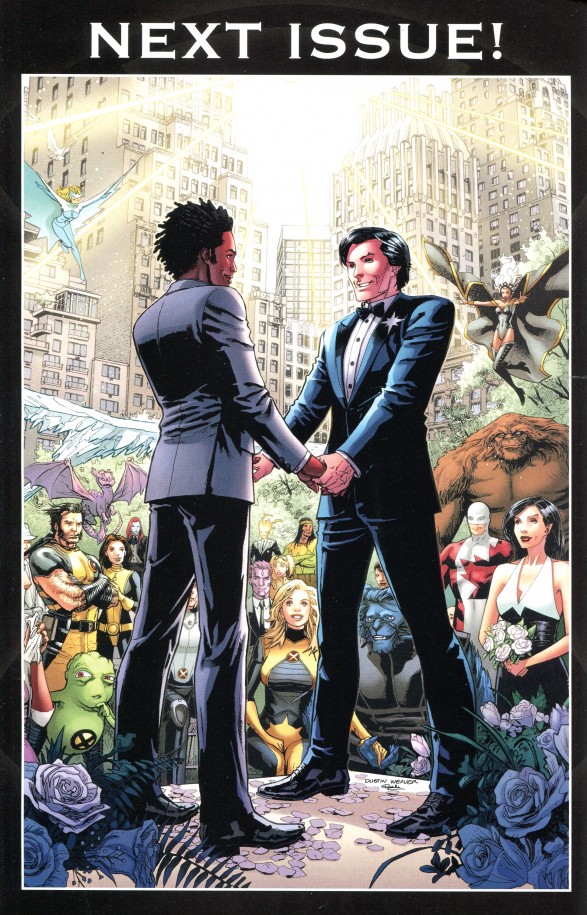 Anyone who has been reading Marvel Comics for the better part of two decades, knows that mutant superhero Northstar bats for our team. But the big news this morning is that not only is he gay, he’s also off the market — or soon will be.

Marvel announced on The View what Richard Neal at Zues Comics on Lemmon has known for a while: That in issue no. 50 of Astonishing X-Men, out tomorrow, Northstar finally pops the question to longtime boyfriend Kyle. That makes Northstar the first major gay comic book hero to marry his same-sex partner.

Maybe if you don’t follow comics, that’s no big deal. But if you do, it’s huge.

“It makes me so happy to unite my community and my passion like this,” says Neal, who is gay.

Marvel, he says, isn’t just releasing the comic and downplaying its significance, either. Already, Zeus was lined up as one of a handful of gay-owned or gay-positive stores nationwide committed to hosting celebrations, including in-store weddings. “And I’m hoping it will grow,” Neal adds.

In the issue, Northstar is pinned by villains and realizes how much non-mutant Kyle means to him; at the end of the issue, he proposes.

And this won’t be one of those never-gonna-happen, five-year engagements: The wedding issue comes out on June 20. That’s when things really get rolling.

Zeus will hold “one of our award-winning LGBT mixers the week before the issue with a bachelor party theme,” Neal says. That’s followed on release day with a wedding reception toasting the happy couple. And there are plans for a local church to perform a commitment ceremony at the store.

Marvel may have started a trend. DC Comics — which last year re-jiggered its entire superhero universe with all-new backstories and designs for its characters — has also announced that one of its “iconic” characters will come out as gay soon. We’re looking at you, Robin, the Boi Wonder….