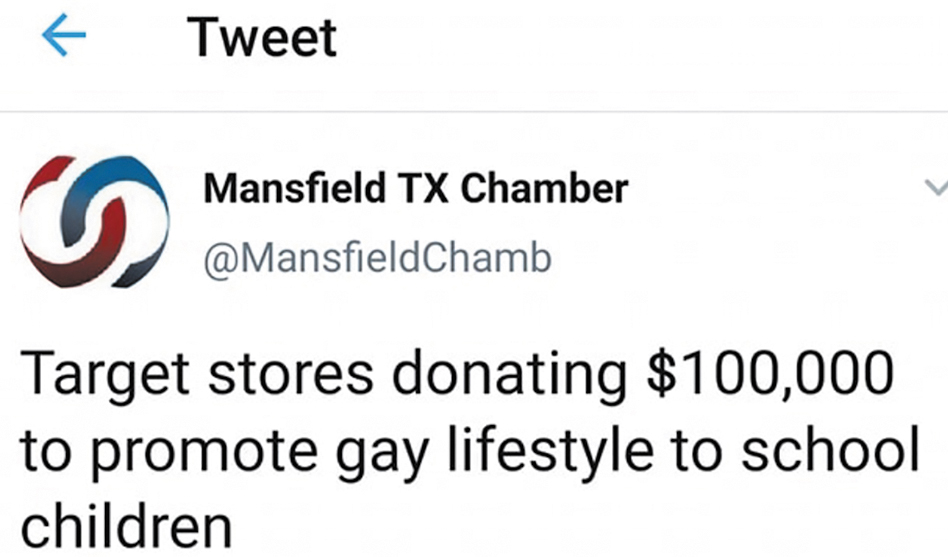 The Tarrant County city of Mansfield is again under pressure from lesbian, gay, bisexual and transgender activists after two recent incidents left them questioning the city’s commitment to their safety.

On Oct. 22, members of the pro-LGBT Mansfield Equality Coalition asked the district school board at their monthly meeting to add protections for sexual orientation, gender identity and expression to their nondiscrimination ordinance. The group has been demanding the changes for a year after a lesbian teacher was put on administrative leave following a parent’s complaint she was promoting the “homosexual agenda” by showing photographs of her fiancé. 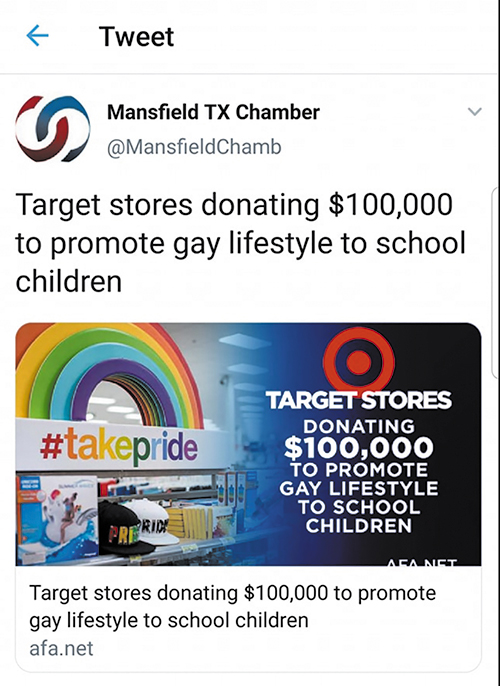 That teacher, Stacy Bailey, sued and was reinstated.

Or so she thought, based on language appearing on the city’s website.

The city of Mansfield personnel director, Shelley Everhart, called Hays on the following day, and disputed Hays’ statement. The language had not changed, Everhart said.

According to Belinda Willis, the city’s director of communications and marketing, the language was included on the new website, which launched Oct. 17, in error.

Willis maintains that the city has nothing to hide from the public, nor does the city discriminate. The policy that is currently posted has been in place for many years, Willis said, adding, “The city has always been and remains an equal opportunity employer.”

But the city’s current ordinance does not protect LGBTQ people, according to Rafael McDonnell, communications and advocacy manager for Resource Center. That’s why he reached out to Everhart this summer, requesting a meeting to make the case for protections.

She was happy to meet, he recalled, after the city finished the budget process and open enrollment ended for employees.

He called Everhart in early October but did not hear back. He did notice, however, that the requested language appeared on the website.

“We were happy,” McDonnell said. While the center does not have a presence in Mansfield, he credits activists in the city for taking the lead.

The situation worsened on Friday, Oct. 25, when the Mansfield Chamber of Commerce tweeted a link to a post on the American Family Association website calling for a boycott of Target because of its support of LGBT youth programs. The social conservative organization is designated as a hate group by The Southern Poverty Law Center for its anti-LGBT positions.

The chamber’s Twitter account has since been removed, but screenshots of the tweet shared with Dallas Voice verify that it did appear. The post also appeared on the personal Facebook page of chamber President and CEO Lori Williams. It has also been removed from that site or is at least no longer visible publicly there.

McDonnell has worked with multiple cities and counties on adding nondiscrimination protections based on sexual orientation, gender identity and expression. When presenting cities with material about what the language should be included, he includes materials from the Human Rights Campaign’s Corporate Equality Index, which rates companies on a scale from 0 to 100 for their commitment to LGBT equality. The chamber’s tweet is troubling because many of the top companies on the Index likely have a store or employees in the city, he said.

“It’s pretty likely some employees live in Mansfield,” McDonnell said. “And there are companies not based in Mansfield but that have significance presence there, like Target, Starbucks and other national retailers.”

“There is something wrong in Mansfield,” he said.