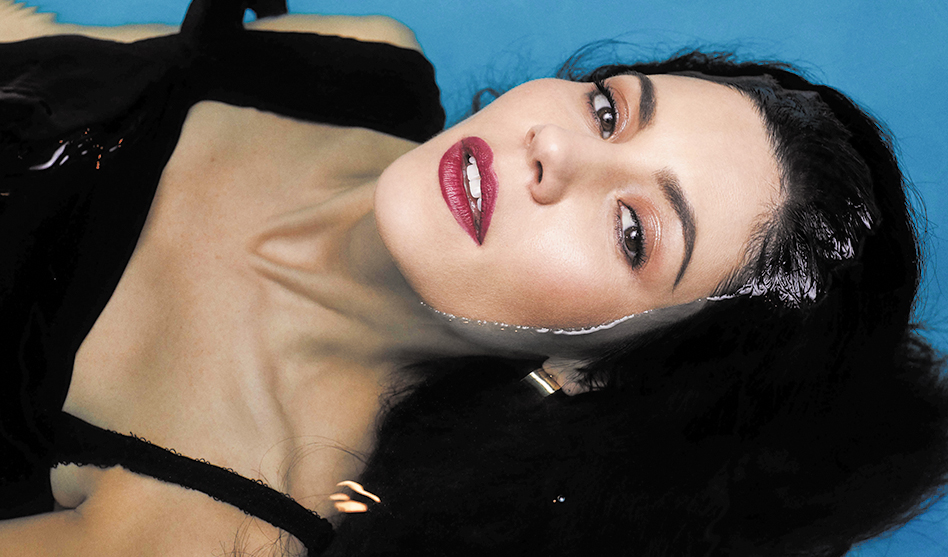 Even though Marina Diamandis cut herself loose from pop music after 2015’s FROOT to find the version of herself she lost to an industry touting artifice, the truth is, she’d been feeling that way for a while.

During the promotional cycle for her 2012 album Electra Heart, the Welsh artist, who then went by the handle Marina and the Diamonds (she has since simplified her name — and image — to just Marina) was already shaken by a superficial perception of her that made her “uncomfortable.” Mainstream press interviews at that time were, she said in 2015, “complete shit,” the questioning one-note because journalists didn’t seem to believe a pop artist could be complex and multi-dimensional.

After FROOT, she continued to demonstrate otherwise. She went back to school, studying psychology at Birkbeck at the University of London. She painted. She traveled. And then influenced by Swiss psychologist Elisabeth Kübler-Ross, she recorded her latest album, called Love + Fear, which is conceptually rooted solely in those two emotions. No “look,” no artifice.

There didn’t need to be. At 33, Marina has a better grasp on who she is; she grapples with her public and personal identity, a common theme in her past work that has resonated with many in the LGBTQ community, is a thing of the past. As she prepares for a performance at the Bomb Factory on Sept. 27, we chatted her up.

Dallas Voice: Identity and acceptance have long been thematic mainstays in your music. With these new songs, how might the LGBTQ audience identify? Marina: With Love + Fear, I don’t think I’m really going through that or battling with that anymore, so there’s a real clarity and a simple, direct way of communicating on the record; whereas, both subjects on previous records still felt very tumultuous and undecided, like I was trying to get through something and I didn’t know how to feel about myself. Now, a lot of the things that I’m inspired by are not inside me; it’s more looking outside at the world around me. 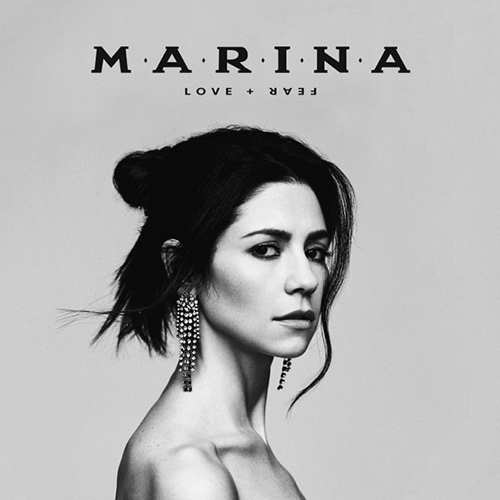 Recently, you painted a stunning illustration of Elizabeth Taylor for a T-shirt whose sales will benefit her AIDS Foundation. It seems you have a lot in common with what that foundation stands for. How did you land on that particular cause for the shirt? Well, I watercolor as a hobby, and, actually, I’m doing a lot of merch designs with watercolors this year for this tour. But the foundation, they just approached me and said they were really interested in doing anything that they could, and I just suggested that we could start with a limited-edition watercolor that I would paint for them and that they can sell for charity.

I hope it’s a partnership that we can continue because I would like to. I think when you’re doing stuff for charity it’s easy to say yes to a lot of little things, but this time around I’m looking for one or two partners across the next year which I can work with and focus on doing some good things with.

But yeah, that’s a really important one for me, just because it’s got such a stigma attached to it. It’s bad enough if you have to deal with the illness itself, without having this really silly social stigma. And I really hope that things are still progressing forward in that way. Actually, that’s why I wanted to do it, because I think [we] still have to constantly work on social problems with this, and she did this so much in her life, and I don’t think a lot of people know about how much work she did for HIV and AIDS sufferers.

How would you describe your relationship with your LGBTQ fans at this point in your career? I often get asked why I think I do have such a solid LGBTQ fanbase, and I think it’s because a lot of the things that I’ve sung about in the past are connected to identity and a sense of being able to be yourself. When you grow up with a feeling of discrimination, that’s something that you carry into your adult life, so being my fourth album, it seems that I’m still very lucky in that I have the support of the LGBTQ community. I think that’s the reason, because if you bond with an artist early on with their lyrics, or their lyrics speak to you, that tends to be something you carry with you through your adult life. So, I kind of understand now why that has happened.

I was listening to Love + Fear when I read something Robyn told The New York Times Magazine that I thought might resonate with you: “There’s always a gap between how I see myself and how other people see me.” Can you relate? Anyone who has a public job, there’s always going to be that. Actually, not even anyone who has a public job, but for anyone in life there is gonna be that gap. But I think it’s bigger for people if you have a public job, and I think being an artist can really affect the way that you feel about yourself, because you know who you are, but you may appear to be another thing, because that’s a popular thing for pop artists to do. They’re experts at making you think they are a certain person when the reality is, they have a lot of other parts that they’re not showing or that they’re trying to hide, and that’s part of being young. But I don’t feel like that at all anymore.

Even with the name change, the reason I did it was because I knew it’d make me feel comfortable enough to be able to do this job again. It’s totally worked. I feel very comfortable and confident, and I don’t feel like there’s any obstruction now between Marina and the Diamonds as an artist as opposed to a person. It’s making that easier for the average person as opposed to putting this construct in front of it all the time.

Do you think nowadays there’s more of a desire to want or need pop artists that we can relate to? I think that’s just been a natural direction, because I think with Instagram and Twitter and other social media platforms there was always gonna be a time where people would start to see through the veneer of staged or curated feeds, and now I think it’s gone beyond that a bit, thank god, where you can be more natural, and you don’t have to be this epic conceptual thing all the time. Pop artists are fascinating, but at the end of the day, they are just normal people who are able to build a world around them that makes them look quite exciting. But really it’s the ideas that they started out with — it’s not really about how you look — and I think that’s what fans are connecting with, the person himself [or herself].

Does Love + Fear reflect the heaviness you’ve expressed that you feel in other interviews when it comes to what is happening to minority communities in the world right now? I think I’ve felt very confused about it, because there’s just been, to all of us, such bombardment of awful events in a very short period of time, and now, of course, with the internet we have access to all of this information, so for the human brain, on a biological level, it’s like, how many bad events can you truly digest and be able to empathize? So many bad things happened in the last four years that it’s really hard to comprehend and know how to deal with it, so it’s more just trying to express that confusion, which I’ve written about a bit in “To Be Human” and “Life Is Strange.” But it’s a really hard topic to try and verbalize, to even try to condense for any of us.

Even though you’re still pursuing music, how has pursuing other endeavors, like studying psychology and painting, broadened your sense of identity? I think as adults we get less time to expand other parts of ourselves. But because music was a hobby for me — I started doing it professionally at 22, and then I hit 30, 31 and I was like, “Well, what else is there in life?” — I didn’t have the normal experiences a 20-something would have. I was living quite a different type of life, and that doesn’t allow a lot of space for being detached from your music. Music is your whole life. So then you just get stuck in being — you almost become like a brand to yourself, like in your own mind. It’s not even something you build, it’s subconscious, I believe. So I think it was really necessary for me to just have a break in order to focus on other things that are equally important.

As adults, we do forget to still live as kids sometimes, don’t we? Yeah, and also just being able to try different things. Or change careers if you want to. I think adults become more nervous as we get older about change, and maybe we should think about it less seriously. You’re not just a writer or a journalist — you could be a lot of different things you don’t even know. You can experiment in life.

What do you envision for yourself in the future? I hope to be able to integrate other parts of myself, like the fact that I love doing talks, and I love psychology and philosophy. I still like painting. I think those are things I can incorporate into whatever role I’ve been able to build outside of music, but music has been a really wonderful platform to start with, because that is my main passion.

Even with this record so far, being able to do this talk recently with this organization called The School of Life, which is a philosophy- and psychology-based school, that’s really thrilling to me, because I’m able to contribute in a different way that’s not just like, “Look at this pop video.” Those are fun things, but they don’t deepen my heart. They don’t feel life-affirming. Songwriting is. It’s just having a bit of a different perspective now, and I’m really enjoying that. I feel a lot freer. And yeah, anything can happen! It’s exciting. Life is exciting.