Why I love drag queens 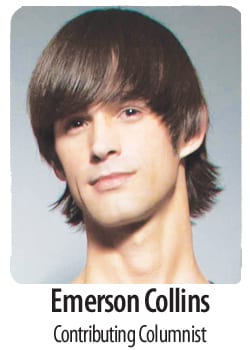 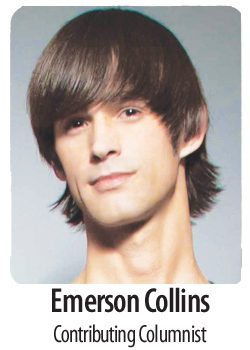 I unabashedly and enthusiastically adore drag queens. Camp queens, beauty queens, lip-synchers, insult comedy emcees — If they are fantastic at their version of drag, I am absolutely on board.

I will seek out a drag show in any city, at any bar, and if one is happening, I don’t understand why the plan would be anything else.

It started in college. I had a vague awareness of RuPaul, and I had seen the man-in-a-dress Saturday Night Live-style sketch comedy. But I had never experienced a full-on drag show.

At the start of my sophomore year, a newly-out member of our theater department invited us all to the Rose Room to see his first performance in drag at amateur night. I was not out at the time, and as we walked up Cedar Springs I realized I was about to enter a gay bar with all my friends.

I had no idea what I was feeling, and now I was supposed to go inside.

I took a deep breath, or tried to — it was more like that weird gulping thing fish do out of water — and I entered the lion’s den feeling less peaceful about it than Daniel supposedly did. I stopped three feet inside the door, rooted to the spot. I was pretty sure I had entered Queer as Folk’s Club Babylon. (I had been secretly watching the first season at a friend’s house.)

I was in awe. In my memory, there were naked men and penises everywhere, but in hindsight I’m sure that was not the case. But here were all of these homos stating clearly they were homos by being at a gay bar. It was electrifyingly terrifying.

I stood there for half an hour, or 30 seconds — time went all Salvadore Dali melty — until I felt a tap on my shoulder. I turned to find myself staring into a large set of bedazzled breasts. I looked up into the face of an Amazon under a veritable mountain of blond curls. I think I stammered “Oh, I’m not … we’re just … cowabunga .…” and then something in Morse code. “It’s me,” laughed the lady, and I realized it was our friend. I was not sure whether I felt better or worse with the realization.

We hurried up the mirrored hallway of stairs to the old Rose Room. We packed into a corner as Valerie Lohr took the stage to start amateur night. I pushed as far back against the mirrors as I could, knowing I would melt like Elphaba if she pointed that microphone in my direction and asked me … well, anything. And yet. I was fascinated. 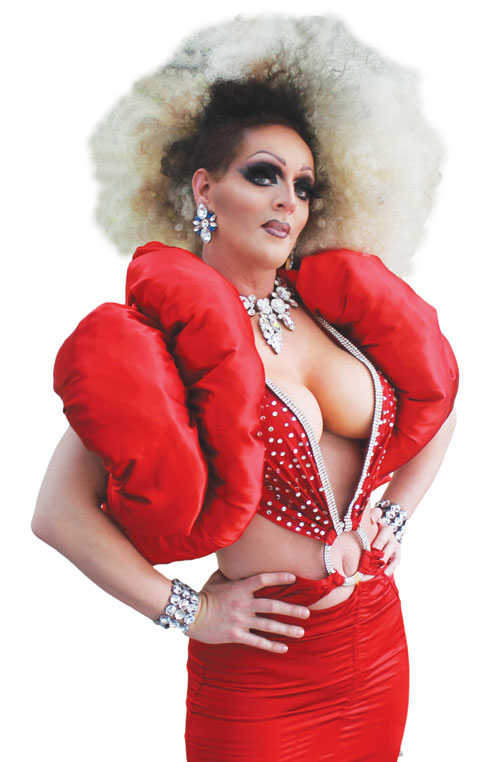 The fierce and fabulous Jenna Skyy

When the show started, I’m pretty sure my jaw dropped further and further with each number, so that by the time Krystal Summers hit the stage, clad in one of her standard barely-there-where-does-she-put-it? outfits, I could have deep-throated a fire hydrant. In the middle of Krystal’s number, hands fully in the air and dancing like my sheltered life depended on it, I turned to a friend and yelled, “I don’t know if I’m OK with this!” with the goofiest of ear-to-ear grins on my face. She laughed, mirroring my enthusiasm and said, “Oh, I definitely am.”

It was a very short time before my enthusiasm for the shows was as loud and plenty proud. In fact, most of my early adventures to the bars involved getting the giant black “under 21” Xs drawn on my hands, then making a beeline for the Rose Room. It became my safe place. I was not comfortable yet talking to strangers, but I was growing more and more comfortable being in a place where people would “know” I was gay.

I would get there early, get a good spot back against the mirrors and marvel at the show. I learned all of their names, their favorite numbers and cheered gleefully at the reveals, the death drops, the dramatic lip syncs and every terribly tasteless joke.

The first Miss Gay Texas Pageant I saw was the year of the first American Idol. Ashley Cole won and began her reign with “A Moment Like This,” and we all lost our minds. Not a single televised talent show holds a candle to a stage full of drag queens in a pageant on talent night.

We lived. And I loved it. All of it. It was the showiest of shows, and being a musical theater boy, it pushed all of the right buttons for me.

It also did more than that. As a boy growing up in Texas, where a particular brand of masculinity was celebrated above all others, I was a massive failure in the vast majority of ways that quantified stereotypically “being a man.” My handshake is fine, but my voice ranges entirely too high when I get excited, I’m terrible at every variety of sportsball, I lean toward “pretty” rather than “handsome,” and I have the shoulders of a petite Asian grandmother.

Standing in the audience at drag shows, I learned to celebrate aspects of myself I had previously considered weaknesses. Watching the power of these queens as they commanded attention and adoration by celebrating performance, musical skill, artistic abilities and comedy all through the lens of overt and exaggerated femininity helped me learn to revel in my own feminine aspects.

Because why not? These men in 40 pounds of hair, 17 sets of eyelashes and bedazzled from here to eternity were amazing, strong and proud. And ridiculous. And offensive. And gorgeous. I loved them for that, and learned to love myself a little bit more by watching them.

So ladies, men-in-dresses, queens of all types, looks, styles and sizes — Thank you. For the incredible variety of the art you create, the entertainment you always bring and for teaching this homo once upon a time that whether he wants to treat a sidewalk like a runway, flip his imaginary wig during every pop song while driving down the freeway or scream the lispiest “Yaaaasssssss” in enthusiastic support of anything amazing, all of those aspects of being a person — man, woman, gay, straight or anywhere in between on either spectrum — can and should be celebrated in every single one of us.

Let’s make a deal. I promise never to cross the spotlight if you promise never to ask me anything from the stage. Because with your incredible beauty, powerhouse performances and acerbically subversive and offensively hilarious humor you taught me to be brave. But when you’ve got the mike and want to cross wits? I’m still not that brave. Or that stupid.

This article appeared in the Dallas Voice print edition July 11, 2014.