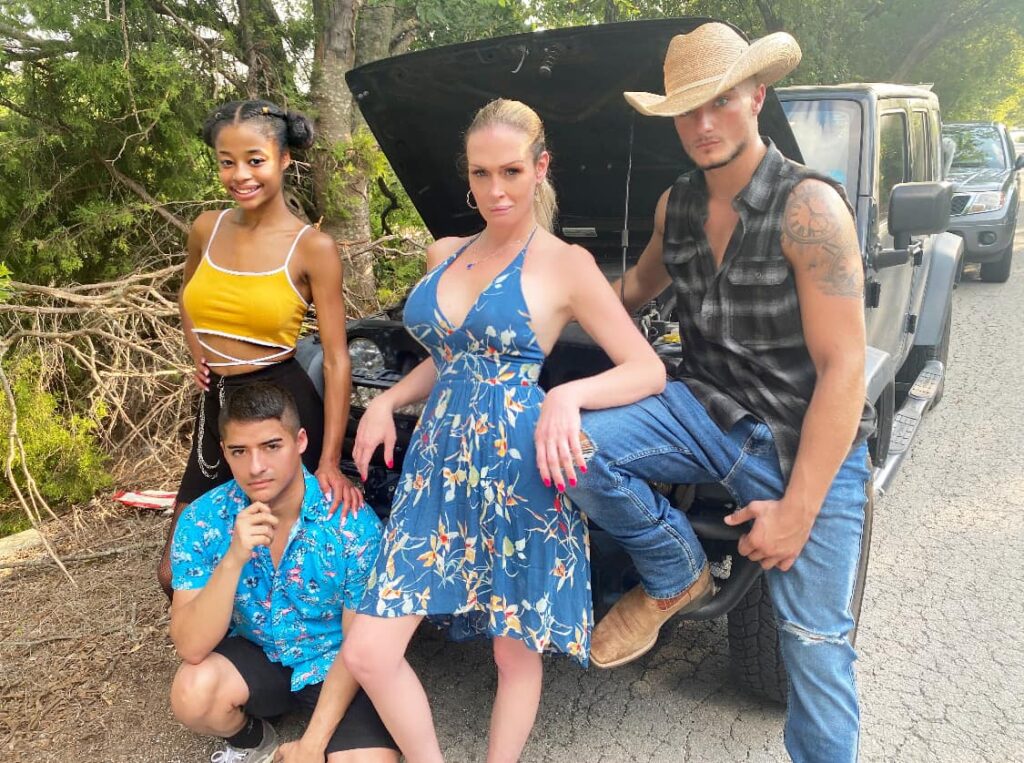 According to Joseph Herrera, the new mini-series Detour is created by “about a 95 percent LGBTQ cast and crew.” Herrera is the writer, producer and lead actor of the show that will premier Wednesday at LOOK Cinema in Addison. The show is also locally-made, shot entirely in the DFW area.

In an email, Herrera described the show’s premise.

“Lonely caretaker Alex drowns his grief of losing his old friend by having an affair with Randy, a local, married man. As Randy’s wife Beverly gets wind of the affair by their stripper friend Candy, she confronts Alex.  That spirals into an unexpected road trip that ends up in unforeseen circumstances,” he wrote.

The show was directed by Chaselyn Wade and also stars Krystal Summers opposite Herrera.

Detour screens at 7 p.m. The events is free and will include a screening of the drama short Hunting Love. Donations will be accepted to go toward production costs of future episodes.