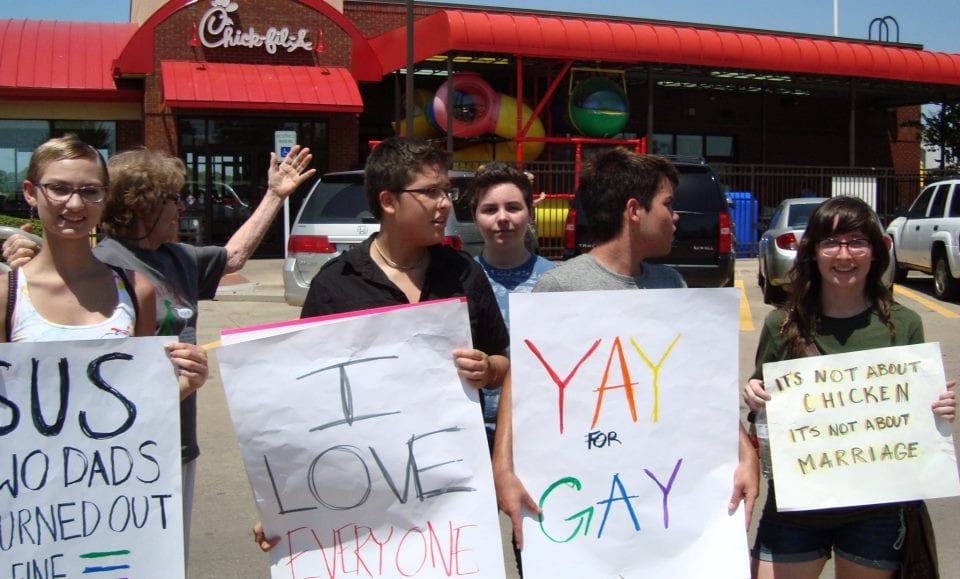 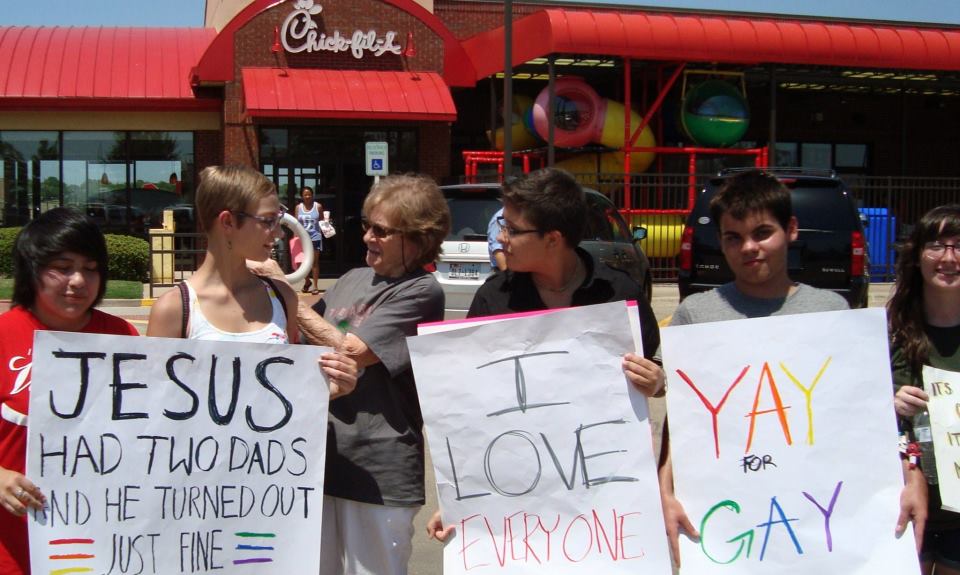 I know, I know, everyone’s tired of hearing about Chick-fil-A!

But I’m with Truth Wins Out founder Wayne Besen, who wrote in a column published by the Voice last week that as long as the chicken chain continues to be known as the right wing’s last stand against LGBT equality, its brand will suffer.

In fact, it was in response to Dallas Voice’s posting of Besen’s column on Facebook that local LGBT activist Elizabeth Parker shared these photos she took on Aug. 3 — the day of the same-sex kiss-ins at Chick-fil-A locations across the country.

Anyhow, Parker went over to snap a few photos and tell the students how much she admired their courage, as they stood outside in the intense heat. She said she was disappointed (but presumably not surprised) that none of the students’ parents chose to stand with their children, but glad that she was able to share her mother with them (that’s Parker’s mom in the shades).

Parker said at one point, a female Chick-fil-A customer walked by and called out, “Fags … you’re going to hell … nobody cares about you!!” The customer then told the driver of a car headed to the drive-thru to “run over them.”

“The students simply stood their ground. I, however, suggested to her that her remarks did not sound exactly Christian,” Parker writes. “So, yeah, they got a taste of what the anti-LGBT side can sound like at LGBT actions of ANY size.”

Isn’t there some kind of award we can give these kids? 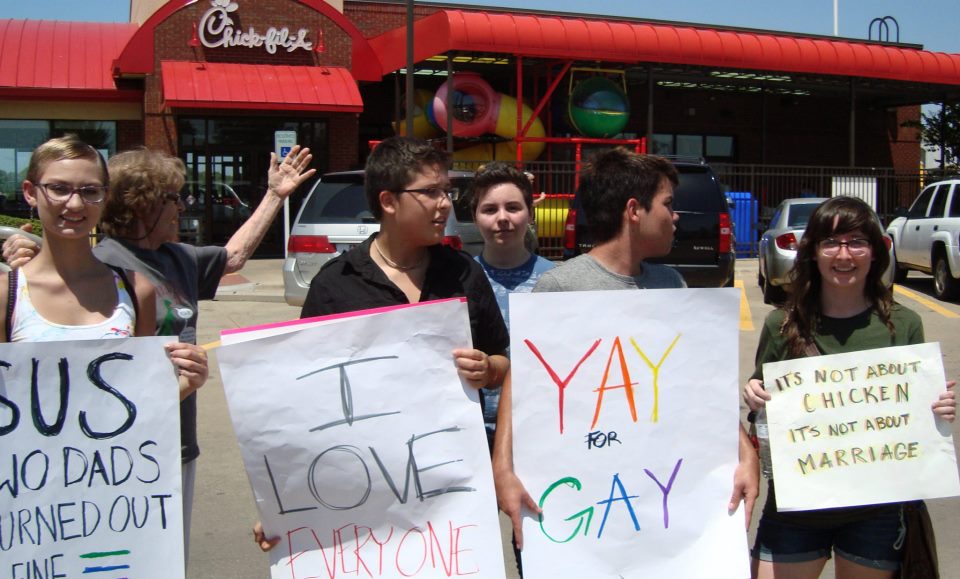