Life in the in-between 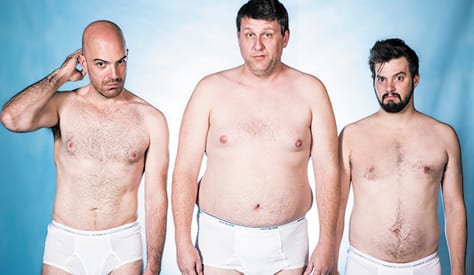 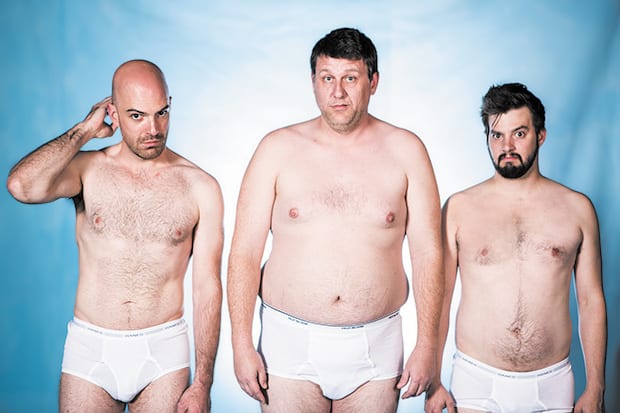 Ever-so-slowly, the world is changing when it comes to its transgender — as well as its “non-binary” — population.

Obviously, we are far from an ideal state. Change can be agonizingly slow. But we are tilting toward the good: more understanding, more acceptance, more opportunities for folks whose identities don’t conform to the “normal” gender paradigm. It’s a hopeful, if challenging, moment.

You can hear that hope in the voice of 14-year-old Zo Pryor, even over the telephone. Pryor is engaging and bright, curious and positive, his voice shining with adolescent curiosity.

“I’m eventually going to transition to male,” he says matter-of-factly, “so the way I’m living, I’m kind of in-between.” 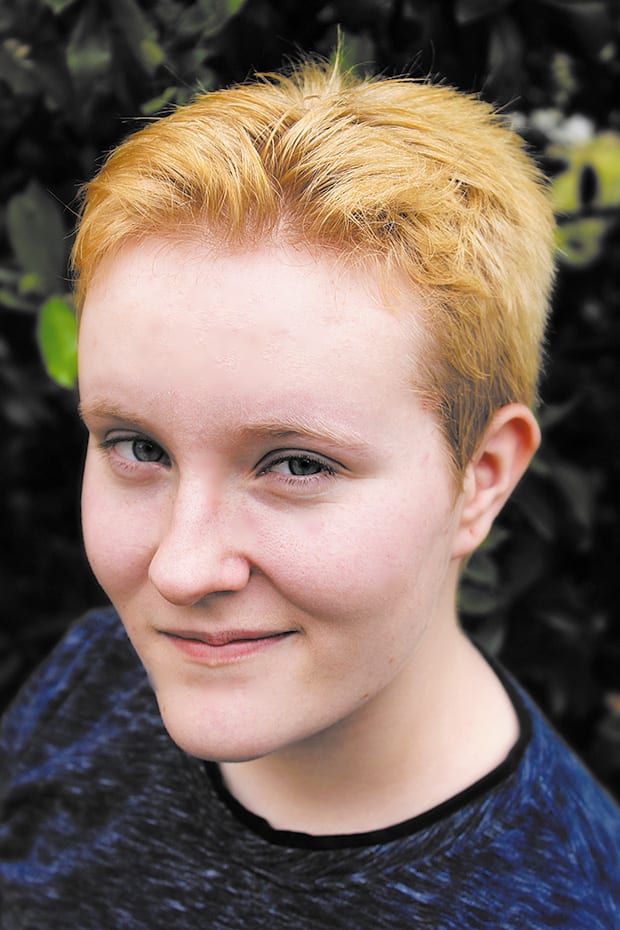 Pryor — who is comfortable using both male (he, him) and neutral (they, their) pronouns to describe himself — is living that in-between state in an amazingly open way. Pryor is appearing in Second Thought Theatre’s new production of Straight White Men. Written by Young Jean Lee, the comedy follows three complex themes that sometimes intertwine, sometimes contradict: At times, it’s a satire of the people who have made the rules since the dawn of time. Later, it provides an argument as to why disenfranchised groups (aka, almost everyone except for straight, white men) should actually have compassion for them. Third, the play toys with the idea that being aware of your own privilege is awareness enough, as Pryor describes it. “Are you required to do something with it? Do you need to step out of the way?”

Pryor plays the role of Person-In-Charge-2, one of two people who introduce the play and its concepts to the audience — roles that the playwright insists be cast with gender non-conforming performers. (With the consent of the playwright, Person-in-Charge-1 is played by an African-American cisgender woman.)

“When I found out I got to play the part, I was so frickin’ happy,” Pryor says. “I just loved the fact that it included genderqueer people, because there are so few parts for genderqueer or trans people [out there].”

It may at first seem like a simple trope, but Lee’s insistence on casting of non-conforming actors adds a richness to the play. After all, what’s more deliciously ironic than having the “person in charge” played by a person who, not being a straight white man, is denied the opportunity to be in charge in real life?

“It’s been interesting playing this character, because I’m aware, being gender nonconforming, I usually just shut up about it because it could affect my relationship with people,” Pryor notes. “And the whole point of this part is not apologizing for who you are, not apologizing that [your being] is inconveniencing other people.”

Pryor started his theater career in second grade, after his brother was diagnosed with ADHD.  “He was getting a lot of attention,” Pryor says. “And me being a needy second grader, I was like, ‘I want attention, too!’” So he joined some childhood friends in an ensemble part for a local production of Beauty and the Beast. “I enjoyed it so much more than I thought I was going to. I fell in love with it. Theater helps me do stuff I never thought I could do, because in theater, you’re not really limited.”

That’s true onstage, but people like Pryor and Lee are also helping make this a world where they aren’t limited offstage, either.

“When I grow up, I want to write a bunch of plays that include trans people and genderqueer people,” Pryor says. “I’m also highly considering activism for minority groups. I may end up doing a combination of those things.”

In some ways, Pryor has been fortunate. His mother has been supportive of his transition from the get-go.  “So many other people wouldn’t understand, but she’s always said, ‘You’re my kid and my priority is your happiness,’” Pryor says. Perhaps even more remarkably, his schoolmates have generally been supportive. But even at a young age, Pryor recognizes the complexities — and dangers — of asserting one’s identity.

“I think the world’s definitely changing, but I also think that the pushback gets stronger when people come out and are vocal about who they are. When people ask to be acknowledged, that’s when you get conflict and tension,” he says.

Still, he notes, his voice lifting, “it will never be perfect. But it will continue to get better.”

This article appeared in the Dallas Voice print edition April 14, 2017.