LGBTQ North Texans of the Year 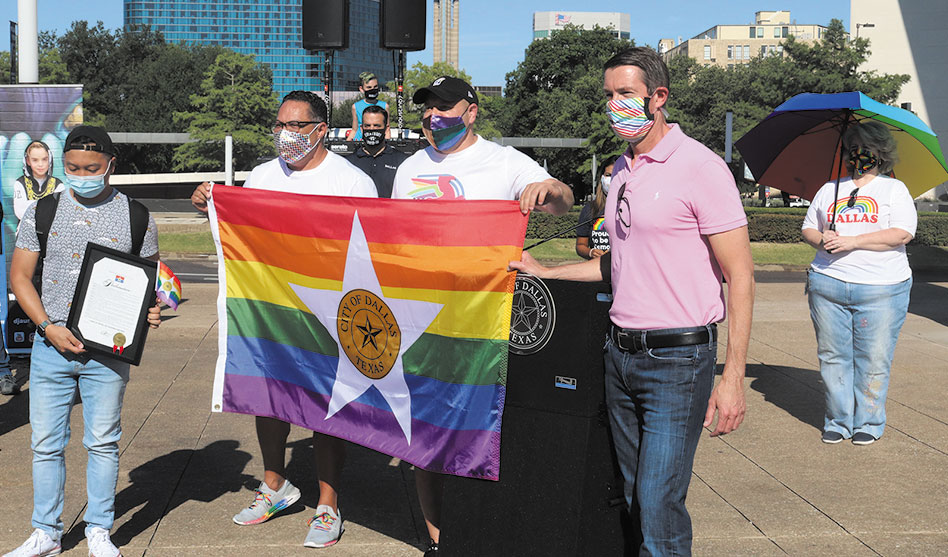 For their leadership through the pandemic, demonstrations and more, Dallas Voice honors Adam Medrano and Omar Narvaez

Mayor Pro Tem Adam Medrano and Councilman Omar Narvaez have shown leadership throughout the pandemic, worked to protect Dallas residents through the Black Lives Matter demonstrations and showed creativity to make the lives of the LGBTQ community in North Texas better during a terrible year.

First some fun and creativity: Thanks to Medrano, the city of Dallas has its own Pride flag that will fly over Dallas City Hall each year during Pride Month. Medrano had Tracy Nanthavongsa design the flag — the city seal over a rainbow flag — and unveiled it at a socially-distanced ceremony in June at City Hall Plaza.

For the rest of the month it flew alongside a U.S. flag and a Texas flag in place of the city’s regular flag. And thanks to a council vote spearheaded by Medrano, Narvaez and out Councilman Chad West, the Pride flag will fly over Dallas City Hall each Pride month in the future. 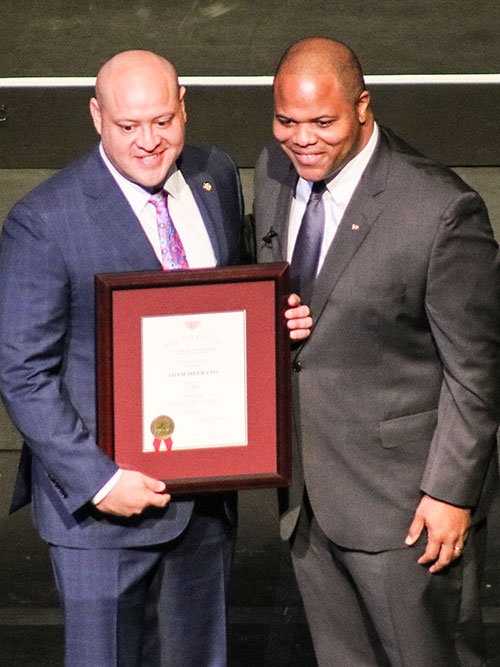 Medrano, now in his final term, has headed the Mayor’s LGBT Task Force through his years on the council. Portia Cantrell, a member of the Task Force, said having our own flag “means we’re not invisible. I was invisible in this city until I joined Team Medrano.”

Cantrell said Medrano earned his promotion at the beginning of this term from deputy mayor pro tem to mayor pro tem because he gets things done.

Bond money was set aside to improve the streetscape of the entertainment district along Cedar Springs Road before Medrano came into office. The community went round and round about what upgrades were wanted and needed, plans flew back and forth for years. When Medrano joined the council, he was determined to get the project completed before he is term-limited out of office this coming June.
Now, markers stand at Oak Lawn Avenue and at Douglas Avenue. Upgraded sidewalks and a new traffic light have been installed at the dangerous intersection of Cedar Springs and Knight Street. Still to come are some landscaping and, at Knight Street, two art panels.

Every gayborhood in cities across the country now have rainbow crosswalks, including Oak Lawn in Dallas. But that’s not an improvement that can be funded by bond money, because crosswalks don’t last the average of 20 years required for bond funding.

Not to be denied though, Medrano worked with the North Texas LGBT Chamber of Commerce and former City Councilman Chris Luna to raise the money needed. And Medrano made sure the rainbow crosswalks were included in the streetscape. And while other cities have one crosswalk or a box of four at a major intersection, Medrano announced Dallas would have 10 rainbow crosswalks.

This year, of course, will be remembered as the year of the COVID pandemic. Narvaez said when the pandemic first hit, he was sleeping only about three to four hours a night and up working the rest of the time, seven days a week.

The two councilmen thoughtfully put together a program that was professionally moderated and included a Spanish language line along with the English line to reach the more people and get out the latest information on the quickly spreading novel coronavirus.

That’s one reason the normally even-tempered Narvaez lost his patience after Texas Attorney General Ken Paxton intervened in the court case over salon owner Shelley Luther opening her hair salon during the mandatory shut down this spring. Luther had claimed she needed to open her business despite the mandated closure so she could earn money to feed her children.

In an open letter, Narvaez pointed out that it was improper for our “indicted attorney general,” as he referred to Paxton, to communicate directly with the court. Narvaez was also angry that poor, minority women who had done something similar were sitting in jail without Paxton’s intervention.

Narvaez was furious that Luther raised $350,000 through a Go-Fund-Me campaign — more than enough to feed her children, only one of whom, a teenager daughter, actually lived with her — while at the same time receiving money through the CARES Act.

And when all Dallas County Judge Eric Moye asked of Luther in exchange for dismissal of contempt of court charges was an apology and Luther refused, Narvaez was infuriated that Paxton intervened. After all, all Moye had done was enforce Gov. Greg Abbott’s emergency stay-at-home orders.

When a group of Black Lives Matter protesters wound up on the Margaret Hunt Hill Bridge (some said they were deliberately herded there and trapped by police), Medrano was in a police car with Dallas Police Chief Renee Hall, and he heard her give the order that no tear gas was to be used.

But then, Narvaez said, he saw smoke on the bridge. Narvaez, who lives at the foot of the bridge and watched the event unfold, was on the phone with Medrano through the demonstration. Hall assured Medrano that police were using smoke, not tear gas.

“I took it very personally,” Narvaez said. “That was in my district. On my watch.” 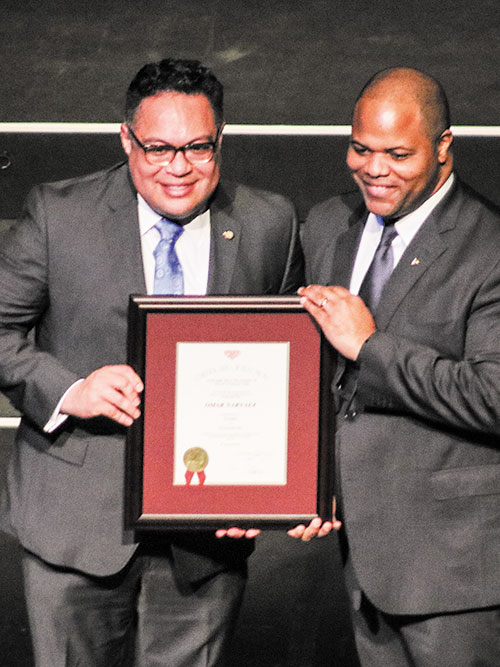 Narvaez and Medrano along with Councilman Adam Bazaldua spent the rest of the evening getting the hundreds of people who were arrested and cited released — including a team reporting for Dallas Voice, who were among those taken into custody.

Narvaez said there was something he didn’t trust about the official report that claimed the tear gas used was deployed before the chief gave her order. He was the first city councilman to say, “I lost trust in the chief.” Others on the council soon followed.

When Hall turned in her resignation several months later, she didn’t give a reason for her resignation, but loss of trust among city leadership played a role. Narvaez said he disagreed with the city manager’s request that Hall stay on through the end of the year because “her heart is not in the job.”

He also said others within the department could be leading during the national search for a new chief. Either way, Narvaez doesn’t expect the new chief to be appointed until after the New Year, and Hall will be gone at the end of this year.

And ever since Hurricane Katrina in 2005, Dallas has taken in hurricane evacuees from South Texas and Louisiana ever more regularly. This year was a record year for hurricanes, and on multiple occasions, Dallas sheltered storm victims.

The difference between this year and others? This time it was during a pandemic.

Although their hurricane relief efforts hardly hit the news, Narvaez and Medrano were at the center of caring for evacuees. When one storm hit just days before school was starting, Narvaez said he and Medrano were busy enrolling kids in school.

“Even if it was just going to be for a week or two, those kids deserved to be in school,” Narvaez said. And during a pandemic, that meant equipping them with iPads and making sure wifi hotspots were installed.
Because of how they helped lead the LGBTQ community and the city of Dallas through this year’s pandemic, stood up for citizens during the BLM demonstrations and worked to upgrade and improve our community, we name Mayor Pro Tem Adam Medrano and Councilman Omar Narvaez our LGBTQ North Texans of the year.