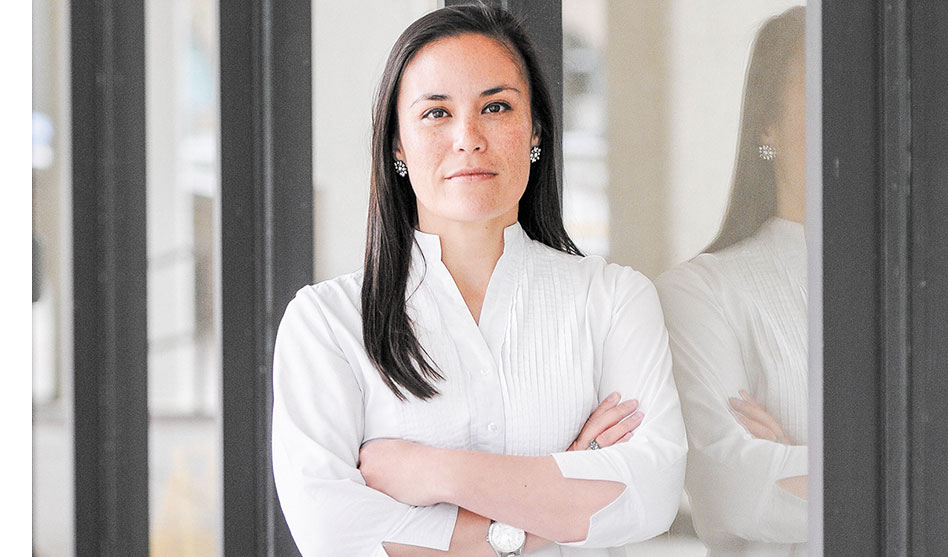 LGBTQ candidates, and non-LGBTQ candidates who sought the community’s support, did well in the Texas primary elections on Super Tuesday, including Gina Ortiz Jones, who could become the first openly LGBTQ person to represent Texas in the U.S. House of Representatives.

Jones won the Democratic primary in Texas’ 23rd congressional district without a runoff, despite there being five candidates in the race.

Jones claimed 66.83 percent of the 65,553 votes cast in the primary to advance to the general election in November against the winner of a runoff between Tony Gonzales (28.12 percent) and Raul Reyes (23.34 percent). There were nine Republican candidates in all, accounting for a total of 41,062 votes.

District 23 is currently held by Republican incumbent Will Hurd, who chose not to run for reelection.

Openly LGBTQ Republican candidate Mauro Garza, who owns the San Antonio LGBTQ nightclub Pegasus, brought in 33.3 percent of the vote in the 20th congressional district, the most of the five candidates in that race. He now faces Gary Allen, who earned 26.87 percent, in a runoff.

Democratic incumbent Joaquin Castro had two challengers in the primary but still claimed 91.88 percent of the 67,185 votes cast in that race. All five GOP primary candidates combined could muster only 23,157 votes.

Texas House
Of the five LGBTQ incumbents in the Texas House of Representatives, four faced no primary opponents, and the fifth won her race handily.

Texas House District 45 incumbent Erin Zwiener, the legislature’s only openly bisexual member, won her primary with 69.19 percent of the vote. Zwiener got 16,035 of the 23,185 total votes cast in her race; that’s more than the top two candidates combined — 15,355 — in the GOP primary for District 45. All three GOP candidates combined brought in only 17,203 votes.

Republican candidates Carrie Isaac (47.88 percent) and Kent “Bud” Wymore (41.38 percent) are in a runoff for the Republican nomination in District 45.

Democratic incumbents state representatives Mary Gonzalez in District 75 (El Paso County) and Jessica Gonzalez from District 104 (Dallas) faced no primary challengers and will have no Republican challengers in November, sealing their return to the Capitol.

Democratic incumbent state representatives Celia Israel in District 50 (Austin) and Julie Johnson in District 115 (northwest Dallas County) were both unopposed in their primary races but do have Republican challengers in the general election. Israel garnered 19,772 votes on Tuesday, compared to GOP nominee Larry DeLaRose, who got only 5,745 votes in the primary. Johnson got 6,901 votes in the Democratic primary, compared to Karyn Brownlee’s 7,513 votes in the GOP primary.

Six more LGBTQ candidates either won their Democratic primary races or secured a place in a runoff on Tuesday, as did one LGBTQ Republican candidate. Eric Holguin in District 32, Eliz Markowitz in District 28 and Stephanie Phillips in District 73 were all unopposed in their primary races.

Holguin, who got 9,407 votes this week, now faces Republican incumbent Todd Hunter in November. Hunter, who was also unopposed in the primary, received 9,902 votes. Markowitz got 16,294 primary votes and will face incumbent Republican Gary Gates, who won his primary with 95.28 percent — or 19,444 — of the 20,407 total votes cast. And in District 73, Stephanie Phillips was unopposed, getting 10,720 votes, compared to unopposed Republican incumbent Kyle Biedermann’s vote total of 30,062.

Transgender woman Addison Perry-Frank made some history in West Texas’ District 83, winning the Democratic primary there with 54.03 percent, or 2,893 of the 5,354 total votes cast. In the GOP primary, incumbent Dustin Burrows was unopposed, and pulled in 22,050 votes.

Also making history was transgender candidate Jennifer Rene Pool, who claimed 29.53 percent of the 6,654 votes cast in Houston’s District 138 Democratic primary to get into a runoff with top-vote-getter Akilah Bacy, who got 45.58. The winner of the runoff will face Republican Lacey Hull in November. Hull won her primary race with 59.41 percent of the 9,127 total votes cast.

Another LGBTQ candidate in Houston, Ann Johnson in District 134, claimed 70.64 percent of the 16,939 total votes cast in her Democratic primary race and will face Republican incumbent Sarah Davis in November. Davis had no primary opponent and brought in 10,596 votes.

Shawn Terry, the openly gay candidate for Texas House District 108 earned 27.26 percent of the vote in that Democratic primary to place second, but Joanna Cattanach, who was endorsed by Stonewall Democrats of Dallas, won the three-way race outright with 58.51 percent of the 12,746 total votes cast. She now faces Republican Morgan Meyer, to whom she lost the District 108 election in 2016 by only 220 votes, in the November general election. Meyer was unopposed in the Republican primary, getting 9,172 votes total.

Other races
Laurie Eiserloh, who was the second executive director of the Lesbian/Gay Rights Lobby of Texas — now known as Equality Texas, after founding executive director Glen Maxey, is in a runoff with Delia Garza for the office of Travis County Attorney. Eiserloh was the top vote-getter, with 43.63 percent, and Garza had 38.15 percent. The other two candidates in the race were Mike Denton and Dominic Selvera. There is no Republican candidate, so the winner of the runoff will win the office.

In the race for the Democratic nomination to face off against Republican incumbent U.S. Sen. John Cornyn, military veteran MJ Hegar got 22.77 percent of the vote in a crowded field, and as of Wednesday, votes were still being counted to decide if she will face former state Sen. Royce West of Cristina Tzintzun Ramirez in the runoff. As of Wednesday afternoon, March 4, with 5,187 of the 5,212 polling locations statewide having reported results, West had 14.53 percent of the vote to Ramirez’s 13.27 percent.

Democrats statewide cast 1,839,258 in that primary race, while Cornyn claimed 76.32 percent of the 1,924,822 votes cast in the Republican primary to defeat four challengers and advance to the November general election.

Texas Republican Platform Proposition 6:
Republican primary voters this week voted overwhelmingly to approve 10 proposed platform planks, including the factually inaccurate and anti-transgender Proposition 6. Proposition 6 reads: “Texas should ban chemical castration, puberty blockers, cross-sex hormones, and genital mutilation surgery on all minor children for transition purposes, given that Texas children as young as three (3) are being transitioned from their biological sex to the opposite sex.”

The other proposed platform planks include a call for no restrictions on prayer in public schools; a rejection of any restrictions on “the right to keep and bear arms;” a ban on taxpayer-funded lobbying; support for construction of Trump’s border wall; a declaration that parents or legal guardians are to be the sole decision makers on healthcare matters for children under 18, including psychological assessments and treatment, contraception and sex education; a call to “protect and preserve” all historical monuments, artifacts and buildings, including “ our beloved Alamo;” a demand that election officials follow orders from the governor’s office regarding purging “illegal voters” from the Texas voter rolls and verifying that every new voter that registers is a Texas citizen; a call for bail in criminal cases to be based on whether the person is a danger to society or a flight risk and not their ability to pay; and a call to limit Texas legislative terms to 12 years.